I want that Manga Studio just for the screen tone feature. Wow!

Second on Manga Studio/Clip Studio Paint. Keep in mind it’s a bit of a quirky tool it takes a bit of getting used to in order to get the most out of it. As far as I know, it cannot import or export vector files. Though strangely it has some support for 3D import.

I find I needed to spend quite a bit of time to setup my brushes so they don’t have a manga style. Sketchbook is really good at giving you “ID” feeling tools out of the box comparatively (realistic pens and most importantly really good markers).

One of the small but really useful feature for me is the ability in Windows to completely turn off non-pen inputs on the canvas on my Surface Pro. No more random marks from my palm, finger inputs that were meant to move the canvas that get recognized as a brush stroke…

Hi to all and really thank you for your time to suggest Clip Studio. Really looks pretty similar to SB 2012, although its UI is a bit more complex. Perhaps though CS is more powerful.
On SmithMicro’s website is see 2 version, the CS EX ($209) and the CS Pain PRO ($47.99). Does the CS Pain PRO have the vector sketch ability? Like is see on this video : 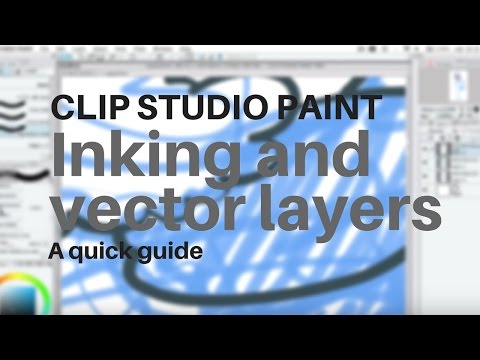 This one should be the EX version but i wonder if similar functions can be performed in PRO as well.

Actually I downloaded the trial PRO version and it has the Vector function.
However, although I spent a good couple of hours, I feel the interface is very complicated. Also, I could not find the very handy functions SB had like trimming the vector lines, connecting them with radius. Maybe I need to spend more time but really I got lost on all these options.
SB had this nice spartan feeling. Minimal complexity with just the right tools.

Is there a reason you feel the need to switch tools? If you are happy with SBD then it will still work in perpetuity even if they aren’t updating it.

Jumping to a new package if you’re happy with the current version will slow down your mastery of the existing tool, which may hurt you more than it helps.

KenoLeon, thanks for the tips. Yes, I was in a Vector Layer (that actually took me some time to find it…

). Yes, it seems to be a powerful tool but of course is destined to other type of professionals. I will keep playing with it to see how it goes.

Cyberdemon, I used to work with it in the office I was employed, now I want to start my own and purchase it but it is unavailable.