Has anyone used this? - it claims to be a fusion of Illustrator and Photoshop capabilities - which sounds exciting …
unfortunately, there doesn’t seem to be a trial available.

If anyone’s tried this - can you share your first impressions?

No student version either, it seems…

The software just came out, there is a link in the brochure to a free trial, but the fact that it doesn’t work yet just signals to me they haven’t put it up yet.

Probably will be able to get your hands on it fairly soon. I haven’t used it but from the tech demos I’ve seen it looks pretty sweet.

The Autodesk Alias Sketch 2011 announcement was official Friday 5/14 . The trial will be posted very soon.

in the mean time here are some videos. 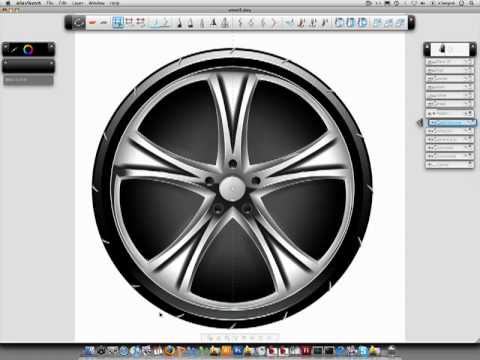 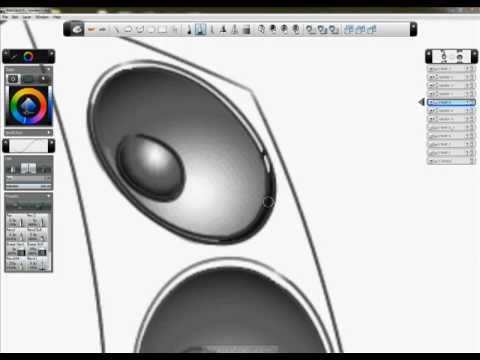 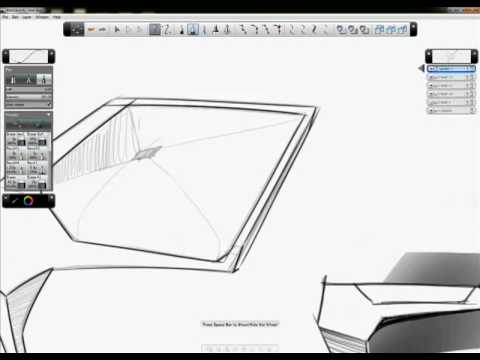 yup, this is sweet. Have been waiting for this ever since I tried an early beta 2 years ago (wow, time flies)

It’ll be a bit of an adjustment as I’m not a big vector user (but would like to take advantage of these features), but it does all the things you wish sketchbook pro did, basically.

Will it replace SBP? I mean, will I be able to do what I do in SBP and more in this?

What kind of price tag are we looking at here? SBP2010? Adobe CS5? Studiotools?

I don’t think it will replace SBP as a pure sketching app for the price point it’s at - but it’s a very nice upgrade for those of us who have been pissing and moaning about photoshop/illustrator functionality wrapped in a nicer interface.

Looks awesome. Cant wait to try it out. Love the fact that you are able to tweak the lines you draw.

It doesn’t look like he’s tweaking them so much as dropping vector lines over top of a sketch, then using cleanup tools.
So it’s a bit photoshop+illustrator in one, except just the stuff you actually need for this task.

The difference is that the engine which creates those vectors feels and works very much like the sketchbook pro engine. I know you can create stroke-like vectors in illustrator. Essentially, it has the kind of raster sketching tools you’re used to but those same tools can be used as vectors (on a separate “vector” layer) these can be adjusted like vectors but also edited and transformed like raster. It’s really fluid and seamless once you start using it.

Looks like the website has not refreshed fully. but i have the link directly to the trial page.

my tablet doesn’t have the beef to run it. I think I shouldn’t be too surprised, but, looks like it requires DirectX 9.0 in hardware to run. OpenGL is an option, but there too, my card is just too old
So, if you’re rocking a toshiba m200 or similar you may be dissapointed.

(alternately, I’m intentionally using an older driver, it’s the only one that supports all the tablety stuff, a newer one may allow the software to work, but broken rotation/hibernate/screen off is not worth any software)

Thanks for the link…
My tablet’s not up to the job either (I need to stop being cheap and get me a wacom) … or my laptop it seems - a Dell M6400, which is running slower with this app than any other.

Feelings so far - mixed, though this might well be down to the tablet issue.

Slow? it does seem to launch slower than you may be use to. On my M6300 its smooth. You may need a driver update.

Seems like a decent program for doing those nice finish renderings but not being able to erase with the other end of my stylus is suuuuper annoying. Perhaps I need to fiddle with the settings but it wasn’t something immediately available as it was in sketchbook. Love the potential for quick work flow in vector but I’d like to see some basic shape options. I’ll be waiting for later versions when they can work out the kinks. For now, it’s not worth the money to get a vector version of sketchbook (in my opinion).

features to check out

one of my favorites…
WINDOW > ASSET MANAGER (this allows you to duplicate the current illustration, easy way to do variations)

My only current gripe is it always wants to create the window on the primary monitor (which isn’t my Cintiq) any time I minimize then restore it always pops back on to monitor one…same thing if I move it to monitor 2 then hit “new”, the new window pops up on screen 1.

Don’t seem to have any sluggishness issues, but running on an 8 core computer if I did I would throw it out the window.

One other thing - no more ellipse guide? That was my favorite new thing about sketchbook.

hold SHIFT while sketching on a vector layer. it will automatically guess if you are creating a ellipse or straight line.
shapes… all i can say is “we know”

no clue on the multi-monitor support.