The making of the F50 adizero

Great new commercial that takes you through the manufacturing process:::

(I wish my factories had this lighting!)
GURU

P.S. How do you embed a youtube video in the discussion forum?

Ahh, im such a sucker for production videos, nice find.

FYI: Copy only “YOMF4S8LNGo” into the YouTube tag, and you’ll get the video.

Pardon my ignorance…is that a high-end soccer ‘boot’? I gather most athletic shoes aren’t made in that way?

It may be a higher end boot, but the construction and manufacturing is totally standard for pretty much any athletic shoe. Was there a particular part/process you were wondering about?

The mix of hand-work and robotic/factory tooling was what I was curious about. There’s a part at about :14 with some kind of bladder machine, followed by some hammering on the bottom - what’s going on there, sort of stretching the upper around the mid-sole?

Its a pretty neat process, of which I’m not familiar - wouldn’t want to be banging out a quota of those every day though!

What you mention is the lasting process. The bladder thing is forming the heel counter. The following machines are for lasting, first showing the heel lasting, then the toe lasting (both likely using a process that injects a type of glue to hold it together). Then the waist lasting, by hand.

Really, there is nothing “robotic” per se. All the machines are operated by a human operator who puts the shoe (on the last) into the machine then presses “go”.

If you are interested, you can see more step by step production pics on my first pullover links in my sig. Having recently returned from China I also have a bunch of new pics and vids…just gotta get the chance to put it together in something like this.

I’ll see if I can also further break down this vid with more comments and screengrabs.

PS. FWIW, a typical production line can produce about 2000prs per day. Of course each person is doing just one operation, and there might be more than 100 people involved to make a single pair (counting all the steps from material cutting to stitching, lasting, assembly ,etc). 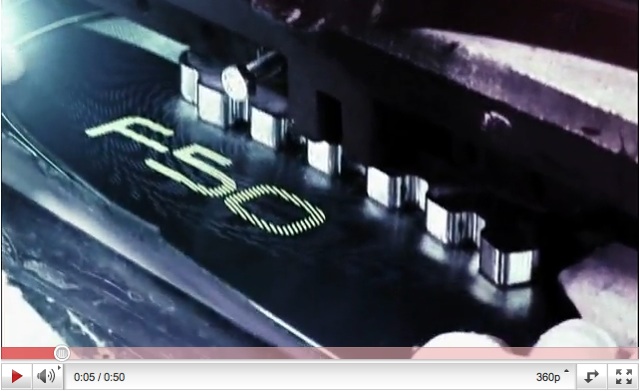 Die cutting of the eyestay 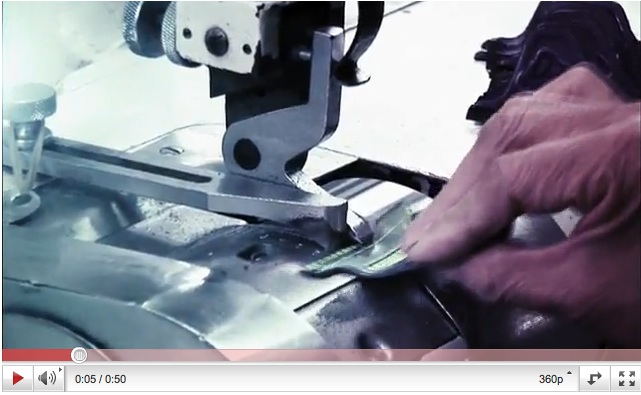 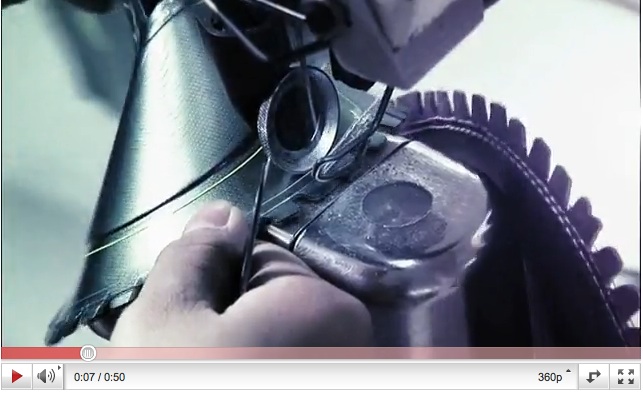 Stitching around the lasting margin 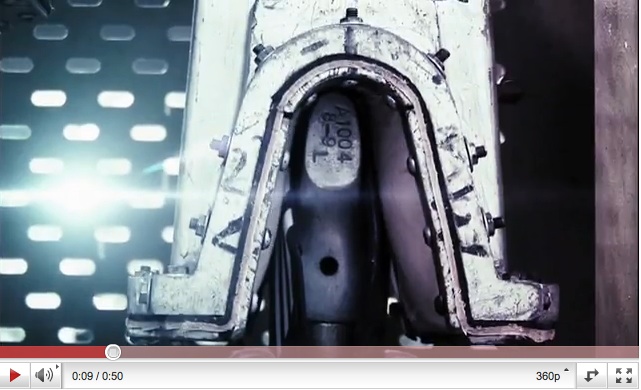 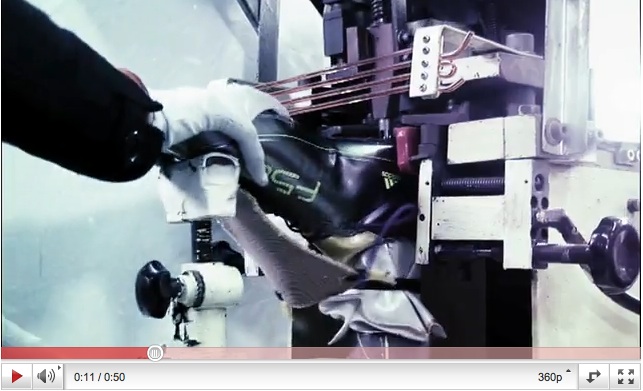 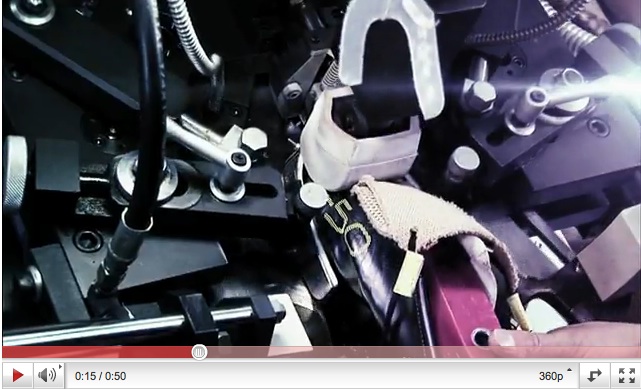 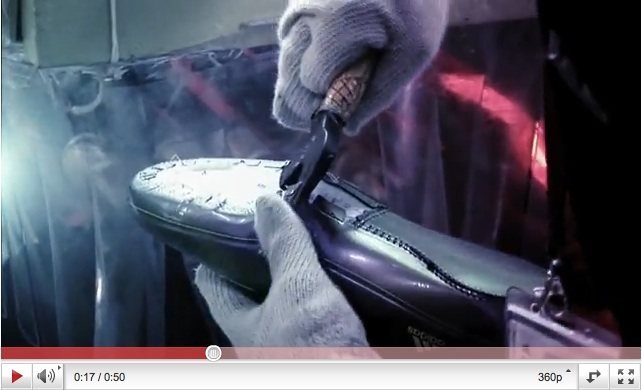 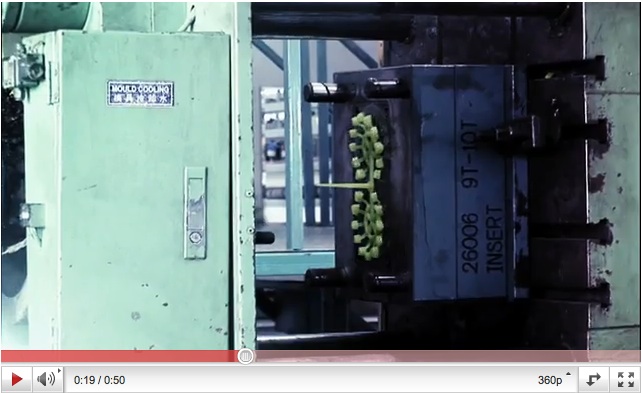 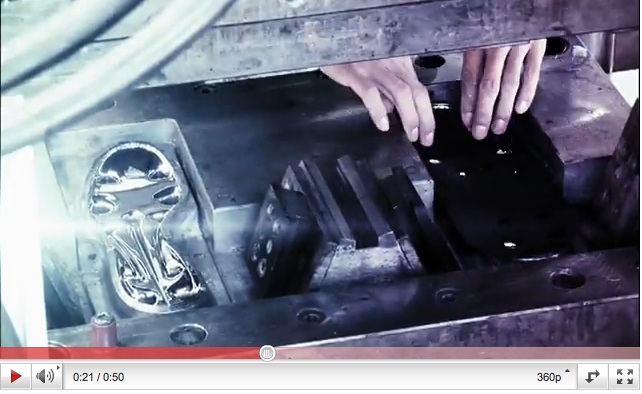 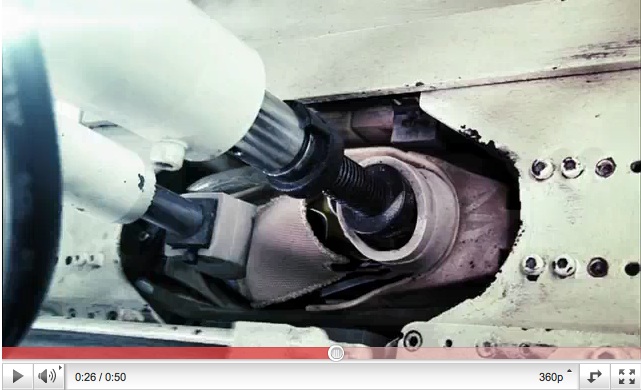 Pressing of upper onto outsole after cementing and assembly 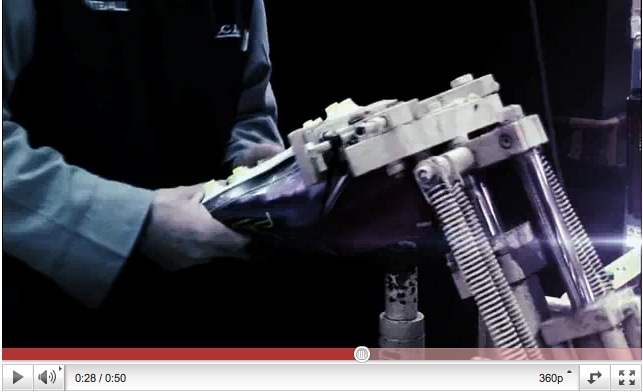 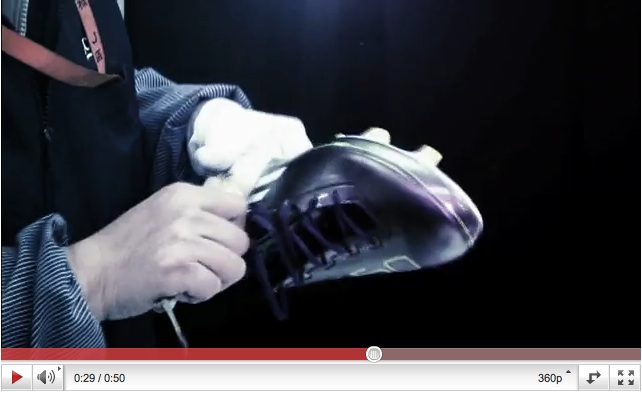 Cleaning of any cement or pen alignment marks (most likely, a bit hard to tell as it’s pretty fast and can’t quite see what he’s holding) 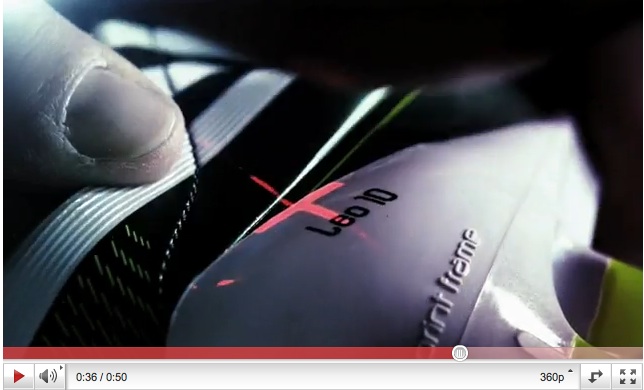 
If I’ve got anything wrong, feel free to let me know. I haven’t actually even seen the boot, BTW, but have seen the process countless times…

Thanks a lot for that, the screengrabs and play-by-play analysis are much appreciated!

Thanks Richard. Your breakdown is a great visual of the technical side of footwear that many designers in other fields may not realize exists. To be a top level footwear designer you must have knowledge of a diverse array of manufacturing processes, as well as consumer trends and performance needs. It is more demanding than most people think.

Thanks Nurb for the video and R for the explanation… very interesting stuff.

Even after watching that and reading about the processes, it still seems magical how they get all those layers and materials together for a shoe

I remember watching another factory video, on how they made these red work boots. They had a very good video on the process. The factory was from somewhere in europe. If I can find it or someone knows of the video, post it up.

Thank you for the video, Nurb. Great work Richard. Well, footwear manufacuring looks critical than any other product. Those people making shoe must have super concentration.

Thank you for the guideline. I don’t design shoes, but I love them. (Men are not alowed to carry handbags…)

Thanks for the credit folks… but it was GURU who found it. I just explained the youtube embed process.

Fascinating stuff. I have nothing to do with footwear design, but I love learning manufacturing processes, and this didn’t disappoint.

I agree that the video didn’t really showed anything new for experienced footwear designers. However, one of the most interesting aspects of these football boots is that they are thermobonded i.e. glueless. That wasn’t shown in the video (with good reason I presume).
In addition, these boots are extremely light and it would be interesting for us to see how Adidas achieved and developed those weight-saving solutions… Guess I should pick up the phone and talk to my ex-collegues about it