Like I need to post this…Indian super conglomerate Tata has unveiled their $2500 car for the developing world. It’s creatively named Nano.

This is a big trend, as Renault has benefited big time from their Romanian produced Dacia Logan. Renault and many other makers are already working on new, even cheaper cars, to battle Tata. 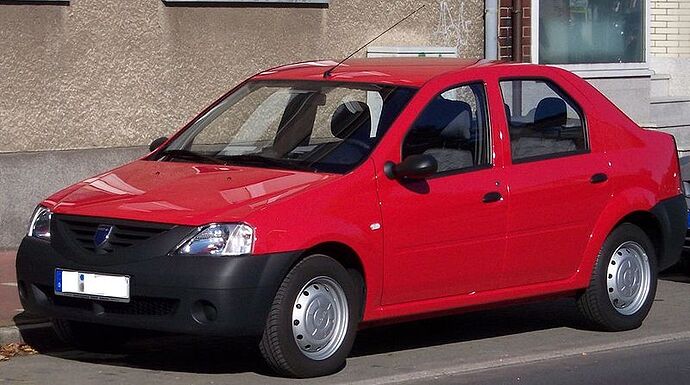 The TATA Nano will not be sold here in the Netherlands because it does not meet safety and environmental requirements.

Will it be available in the USA/Canada?

There is no way that car would meet american auto standards - it can’t even reach highway speed. Of course thats not to say you couldn’t get it on the road through some loophole relating to kit cars or 4 wheel vehciles.

With that said, if you want a car that costs under $2500 and gets nearly 50mpg it already exists in road legal cars like the Honda CRX, Ford Festiva, and Geo Metro. People got so used to cars like the Prius that they forgot that we made GAS cars that were light weight and had small enough engines that they could easily obtain terrific gas mileage.

People … forgot that we made GAS cars that were light weight and had small enough engines that they could easily obtain terrific gas mileage.

Or, how long ago.

The Tata will certainly not be sold in North America. Our crash standards are even higher than Europes. However, as this car will be sold the 5 billion or so people who don’t live in the developed world, this is the most important car design in recent history.