Been working on a few simple new things:

A mug that allows the user to squeeze out a tea bag without the use of tongs, two tea spoons, burnt fingers etc - based on observed office rituals: 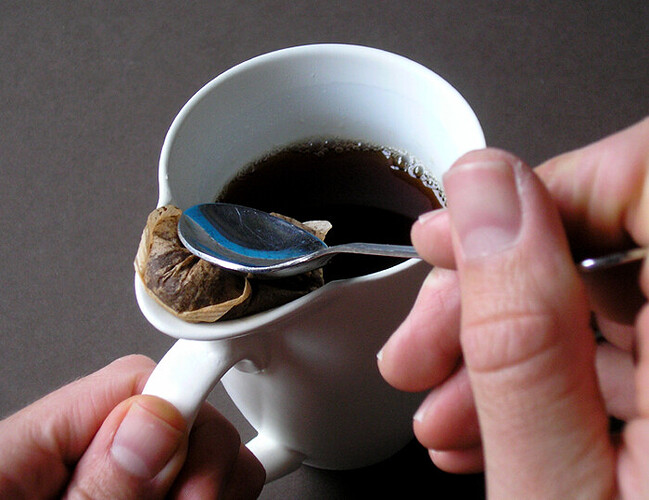 A pan lid that allows the user to drain the pan with only one hand without the need of a collander etc. There is a video, but I can’t embed it to save my life, so it’s here:Product Tank locking pan lid design - YouTube 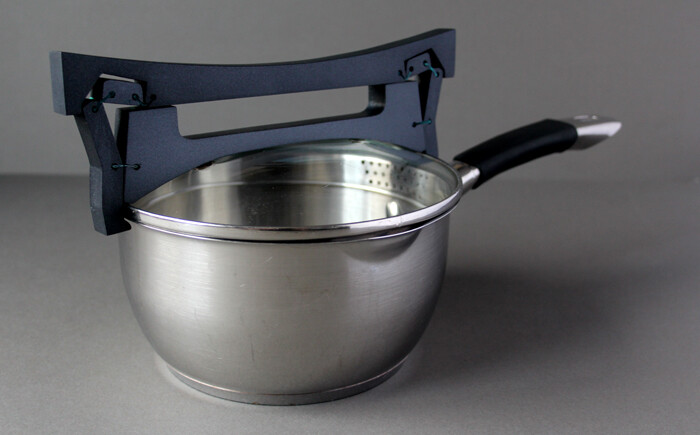 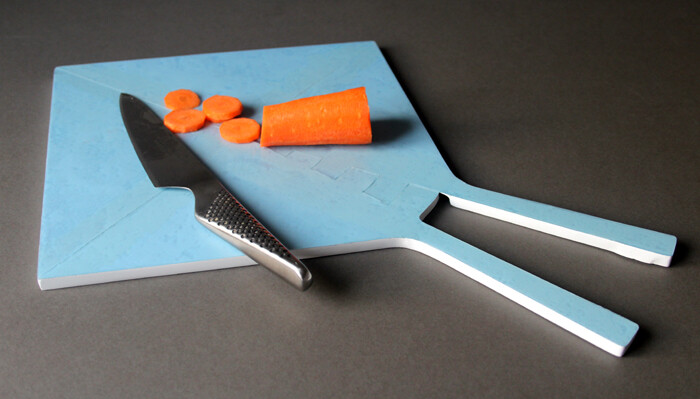 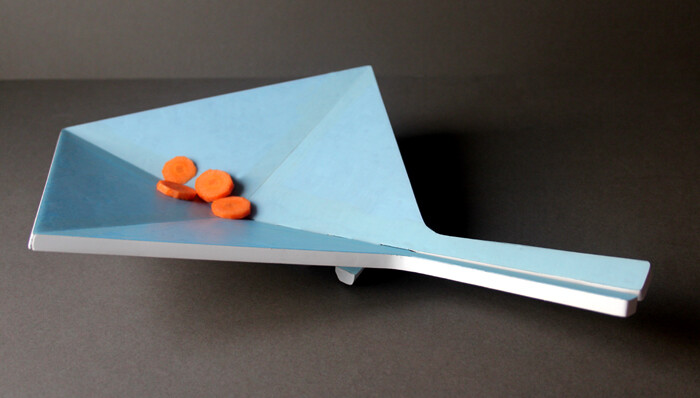 Fun stuff. Especially the mug. I think that is pretty useful. There is a similar cutting board from Joseph Joseph you might want to look into. I don’t totally understand the pan lid, but would like to see more. Can you show us some more angles and process?

Hi Yo - I’ve seen the Joseph and Joseph chopping board and was trying to better it. Their’s doesn’t maintain its shape in it’s folded position without keeping a grip of the handle and you also have to tip the contents out of the end opposite the handle, which I don’t think is as ergonomically comfortable as tipping it from the side as with mine. That said, the Joseph and Joseph versions folding handle is easier to actuate where as with my prototype there is a bit of a hand stretch, so what I gain on the one hand you could argue I loose on the other.

There is a video of both the chopping board and the pan lid, which I think best explains the mechanisms, but they are youtube videos and I can’t seem to get them to embed on Core (if anyone can help I would be very grateful). Ive posted links in my previous posts or they are on my website here: product tank - boardbowl and here: product tank - pan lid you might have to scroll down the page a bit.

The pan lid prototype is made from beech, sanded and sprayed with car paint. The hinges are made from thin sheets of polyprop folded and friction fitted into slots cut in the wood. In production this would be a one piece moulding with live hinges, but for anyone wanting to prototype a live hinge this is the best way I’ve found.
The chopping board prototype is plywood, sprayed with primer, then the top is covered in double sided carpet tape to create the hinge and then finished with a sheet of polyprop. This would also ideally be one piece in production.
I bought the cup, ground out a scoop with my dremel and then built up the lip in car body filler. Primed it and then glossed the whole outside so it appears seamless.

Yeah I really like that mug too. At one time I sketched a few ideas to solve that problem myself, and you have much better execution than anything that was on my page. Very nice.

The cutting board is a cool idea too, though it reminds me of those flexible cutting boards that you’re supposed to bend easily for funneling purposes. We got one and the funneling didn’t work as well as I liked (things stuck to it) and it wasn’t durable at all. What could be fun with yours is to have a few and have each turn into a prep bowl to stage ingredients it.

Yo: I think the video for the pan lid explains the function pretty well. As for the purpose, notice there is a little spout on the pan where water would pour out between it and the lid. It looks like it works well (easy off especially), and could probably be refined into something nice (it’s quite massive at the moment).

I can’t embed it to save my life 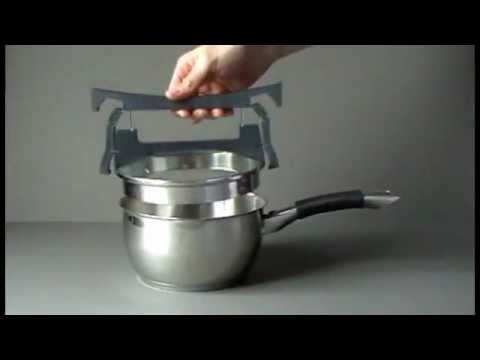 I’m unclear on how a ring functions as a “lid”, but nice work nevertheless. Did you fabricate the prototype?

Select the “youtube” button, and paste the code between the brackets >

Lmo - thank you, it’s obvious now you’ve show it, but it had me tearing my hair out.

I’m unclear on how a ring functions as a “lid”, but nice work nevertheless. Did you fabricate the prototype?

Not sure what you mean, but this could be caused by the terrible quality video, the lid is made of glass, I realise now that to tell the story I should have filled the pan with something so that you could see in resting against the lid. The pan and lid were bought from a store, I’ve had them in my kitchen for a few years. When I had the idea I raided my cupboard, removed the existing lid handle and added mine - it’s a design hack, but also a proof of principle prototype. If I ever went as far as designing it for production, there would have to be a synergy between the lid and pan handle and the lid handle would have much less visual bulk/different shapes/different materials etc etc. I was just aiming at getting it to function well. 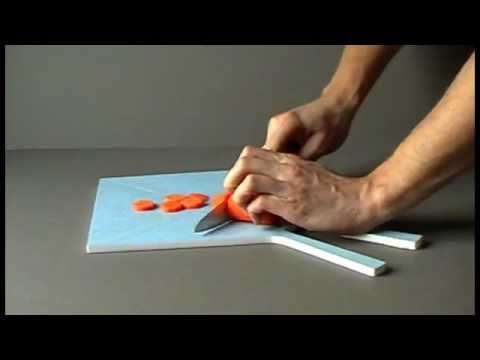 Had to watch the video again to realize that. At 00:09 I can see it clearly (now that I know what I was looking for).

Next question… … did you throw the tea cup?

Nice studio shots… how about a shot or two of your “set” and equipment.

Lmo - the tea cup was another design hack, I bought an existing cup and cut a scoop out of it with my dremel, then built the lip with car body filler and primed and gloss sprayed the outside so you cant see ‘the joins’. The inside is still the glazed cup so it will hold liquids: 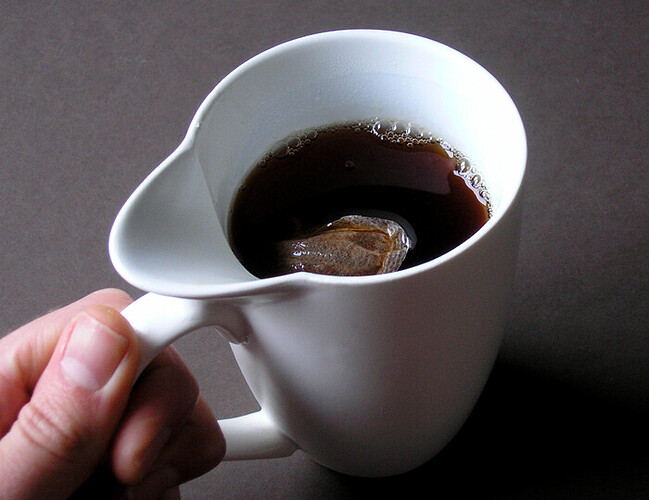 producttank_mugsequence01.jpg700×539 86.1 KB
Its night time now in the Uk and I work in admin during the day so will have to wait until the weekend before I show you shots of my set up and equipment, but I will upload images for a laugh. Everything is shot on my dining room table, the base and back grounds are just sheets of mount board propped up. My main (and only) camera is a beat up Olympus FE-120 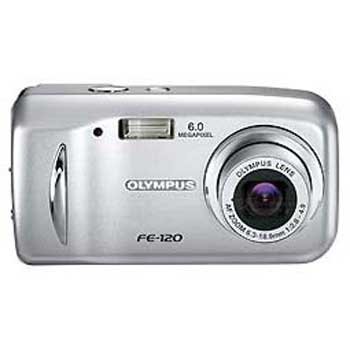 that takes an age to focus because I got sand in it on a holiday 4 years ago. Outside of image area, its the most unprofessional/cheapest set up you will ever see, but it’s what happens in front of the camera that counts.

So as promised, the studio shot: 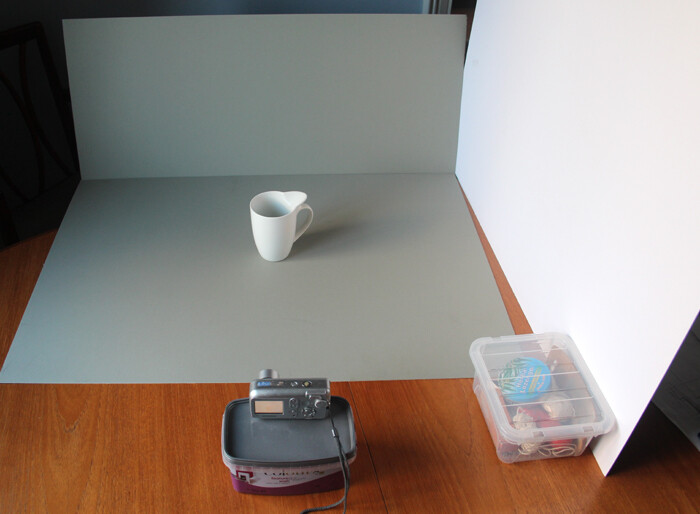 producttank_photo.jpg700×514 58.4 KB
I use mount board as backdrops a lot, because it’s relatively cheap , comes in loads of colours, can be used over and over and is always white on one side so it doubles up as a reflector. The other thing is it’s nice and flat, so stands up on it’s own held against a bottle of wine or pot of paint - whatevers handy (the back one is propped against a chair)- I’ve used rolls of paper before, but if you’re not careful and don’t roll them properly, you put crinkles in the paper which then shows on your photo’s. Normally the table has a protective cover on it as well, because I’ve been told if I scratch it I’m a dead man, I think lots of us have encountered this

. I prop most things up with storage boxes or paint pots, these also serve as a handy tripod replacement. I only do photography when the light is good in the mornings, because in the afternoons the sun has swung around and it gives too hard a shadow. I’m definitely not an expert but this works ok for me.
Sain December 18, 2011, 8:17pm #14

That’s some clean glass, because the same thing happened to me.


Awesome studio set up. Good reminder that you don’t really need all this fancy equipment to get good shots.

the tea cup was another design hack,

I’ve used rolls of paper before, but if you’re not careful and don’t roll them properly, you put crinkles in the paper which then shows on your photo’s.

I only do photography when the light is good in the mornings, because in the afternoons the sun has swung around and it gives too hard a shadow.

Expert or not, nice shots; just goes to show it’s not the gun, it’s the gunner. I’m trying to get some large-object shots using black felt and my Canon SX120is … not working out too well. Also having some “natural light” issues … as in, not enough of it in my shop (un-color-corrected fluorescent); going to have to invest in some “real” lights I think…

I feel your pain, I find large objects (table etc) really hard to do, because indoors I need enough space to be able to stand back far enough to get everything in shot and I’ve got the back ground/lighting to contend with. Because of where I live, space, light etc, one way around this is to photograph the object outside and photoshop the back ground. It can lead to an interesting style, but is a bit fiddly. I did this on a chair I designed, that was photographed in my back yard.

pinechairitA.gif700×307 78.7 KB
I don’t know what/how big the object you designed is, but this might be one way around a big investment in lights. The only thing is that it can make your designs look as though they were created in CAD rather than actual objects.
_yo January 2, 2012, 7:14pm #17

Just wanted to let you know we featured this in the core77 year end wrap up: 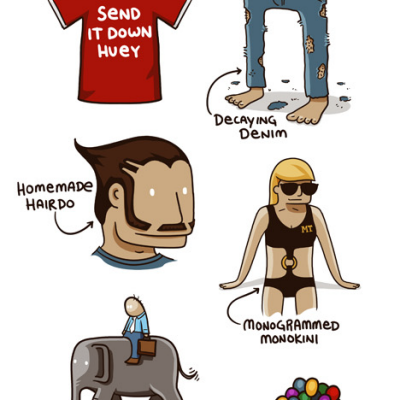 In case you missed it, we've been looking back at 2011 this week in our Core77 Year in Review series. Besides our coverage of this year's news and milestones, we also looked at the cycling movement and visual communication with more trend watching to...

Only just saw this having now receovered from a heavy New Years Eve. Many thanks guys, much appreciated. More stuff coming soon. PT