Yo >>> Moving to San Francisco

Hey everyone, so I’m heading to SF next week to do a little apartment hunting before the big move out West… any suggestions? The frog office is in SOMA on 3rd… I’m thinking walking distance. I love Pac Heights, but it is a bit of a hike. Maybe the Hayes Valley area?

Potrero Hill. Find a place on the hill with a window (BIG window) facing downtown SF. Good sun in Potrero Hill also, so you could grow tomatoes. You would easily be walking distance to work from Potrero Hill. Some history: Potrero Hill — San Francisco Travel — SFGate - SFGATE
View toward downtown:
http://upload.wikimedia.org/wikipedia/commons/a/aa/San_Francisco_skyline_from_Potrero_Hill.jpg

If you’re really into urban living and the “creatives” (artists, designers) scene, try finding a loft in the Dog Patch. Dog Patch borders the Mission District which is always very lively in a true San Francisco sense (not touristy).

Hayes Valley is ok; kind of small but very central to get to other parts of the city.

There’s some areas in the Upper and Lower Haight that have some of the best examples of Victorian homes in the city, but some areas of these neighborhoods also take some getting use to as far as the people.

Welcome to San Francisco in advance!

good call, I lived on top of Potrero my last spin through SF and the views are amazing, especially at night. There’s restaurants in little pockets on the hill and Caltrain is right there, making SJ trips easy. It’s a painful bike ride up if you live near the top where we did though

… DogPatch would be an easy walk/bike down to Frog.

Hayes valley is cool, and very central. I always thought Pacific Heights was a little too posh for my taste, but the views and area are nice. Bernal heights is another cool area, a little more chill but an easy bike commute through the mission - it’s the hill with the Dr Seuss like trees on top.

I always enjoy Noe Valley. Very chill. Feels like it’s own little town in a way.

So we got a place on the edge of Russian Hill, on Broadway, one block in from Polk. Super excited about it… plus one of the neighbors parks his 1954 Mercedes Benz 300 SL convertible in the shared resident garage… the TT will look good next to that (or bad depending on your POV) 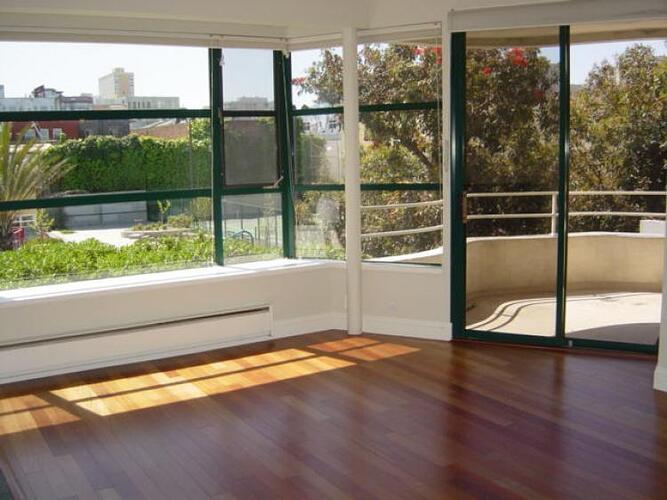 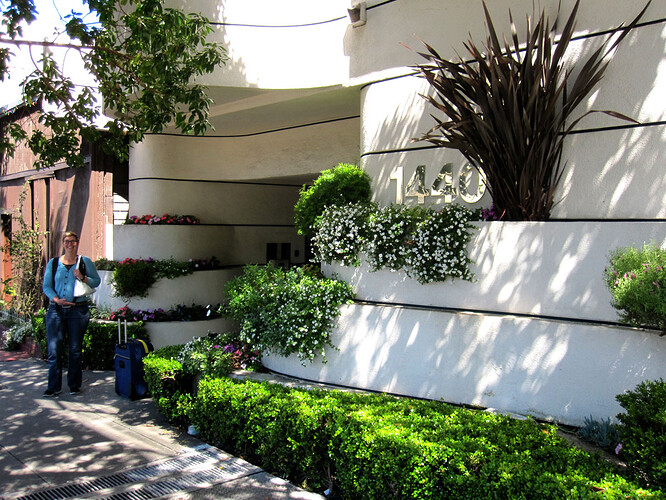 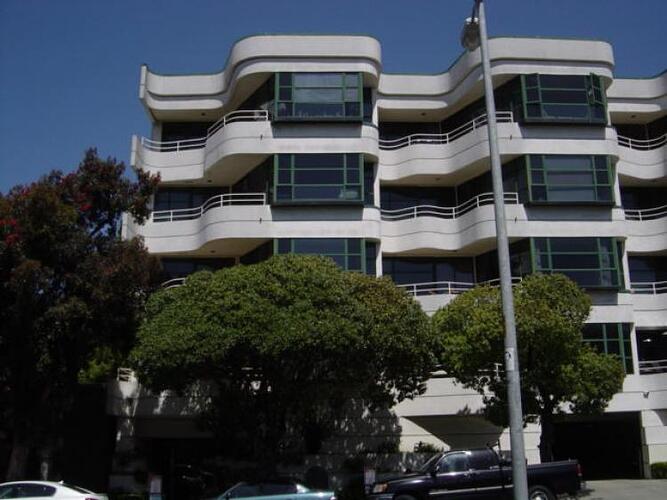 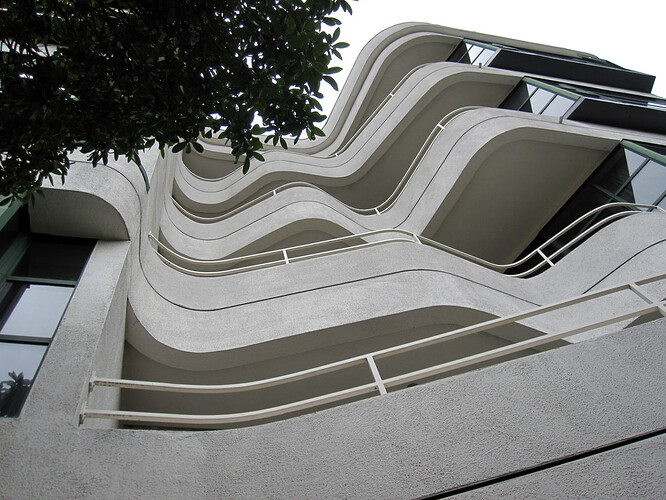 Wow! That place is gorgeous! And the '54 SL… amazing. There’d need to be a drool bucket next to it for me.

I know where that building is.
It’s right after the Broadway tunnel and near Polk.

SFDW is the largest design festival on the West Coast. Join us June 15-25.

what a gorgeous combination out of Bauhaus inspired restrained and
holiday resort frill. They don’t come better than that!

Neighbourhood should be green and peaceful

P.S: I came to think that it might be better to edit out what car your neighbour stores there .?

Hadn’t thought about that mo-i… there are even fancier cars in the neighborhood… I think it should be fine.

I know where that building is.
It’s right after the Broadway tunnel and near Polk.

That is exactly where it is. We love Polk.

Unfortunately we will miss Design Week. We are back in Boston right now wrapping a few things up, then we are going to drive out, make it a bit of a vacation and take our time. We should get to SF in the last week of June. This will be our third cross country move, so we thought we should take our time and drive this one. We flew the other two times, and it is almost a little jarring. One week you work on one Coast, and a few days later you work on the other…

Wow, awesome digs! I love that first shot you posted, looking up the facade!

Thanks! Can’t wait to move and get out stuff in there! It has a great little corner style fireplace as well. It was originally built in 82 or 83, then condoized in the late 90’s. It escaped renovation for the most part, except for upgraded stainless kitchen appliances. The bathrooms were also redone, in unfortunately a little bit of a “Renovation Hardware” style, but tastefully restrained even though it they are not exactly as modern as the building itself. One of my favorite details in a pane of fluted glass about 1 foot x 5 or 6 feet long below the kitchen cabinets that looks out to an inner courtyard that is beautiful. They are resurfacing it right now, but I’ll post a pic when that is done. Almost Guggenheim like in the center courtyard. 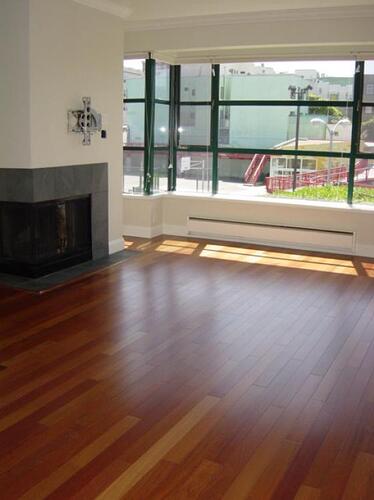 I drive by your place often. It’s a pretty convenient neighborhood.

You are walking distance to the Academy of Art. They have their classic car collection on display at the big building at the corner of Washington and Van Ness. That’s where their ID Dept. is too.

Go through the tunnel and you are in the fun North Beach and Chinatown areas. Go North and you’ll be Fisherman’s Wharf and the Marina, South and you are in Downtown and SoMa.

Have fun exploring and eating! =)

Wow, that looks nice. That’s a really great “start location” to explore much of the city by foot too!

I myself am in the Sunset - the birthplace of Craiglist and where the fog rolls deep!

@Eddison , two of our friends grew up in the Sunset… some nice homes over there, though the fog is thick! I don’t know, I could see myself kind of liking the fog though. The grey of Portland never got to me in 5 years, and if I felt antsy I would just get down to Palm Springs or Bend or Healdsburg and just chill out. How do you like the fog?

@mpdesigner, Broadway does seem to be a good rush hour cut through! But still, it’s not too noisy. We love all those neighborhoods and that all factored in. We also love Pac Heights and Cow Hollow, also close by, easy to hit Union St. We saw an awesomely huge loft in SoMa, which was tempting as it was 4 blocks from work, but at the end of the day just couldn’t see ourselves walking the dog a 10pm there. The other strip we really like was Hayes Valley, but we just couldn’t find a property we liked there (in our 5 day search anyway!)… so many good little furniture shops though! I’ll be dropping some coin over there as we get set up for sure!

Been talking with a few other SF designers on Facebook about getting a little happy hour together sometime soon for all the SF designers I “know” online but have never met… friend me on there to get in on the planning/invite.

Thanks everyone, looking forward to being there! I’ll probably be twittering a bunch of pics from the road trip @Michael_DiTullo … if you are into that sort of thing… which will probably be a lot of photos like this just to warn you… 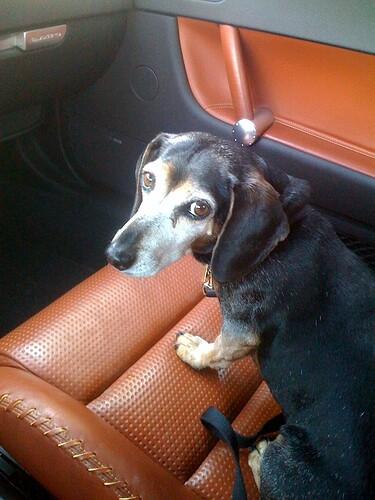 I also enjoy Noe Valley. Very chill. Feels like it’s own little town in a way. This is a real paradise for me:)