Settling into our new spot this weekend. Any recommendations on what to do in the area design wise? We became ICA members. 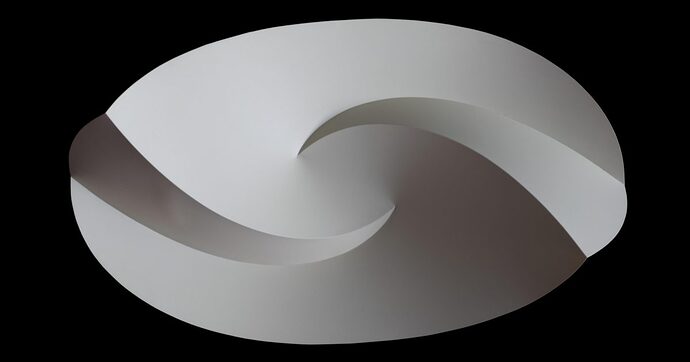 The museum strives to be a place where science, technology, the humanities, and the arts are all used to frame and reframe problems, enabling it to address the compelling questions of our time in new ways.

The museum strives to be a place where science, technology, the humanities, and the arts are all used to frame and reframe problems, enabling it to address the compelling questions of our time in new ways.

Boston Architectural College (BAC) has lectures and shows now and then.

For architecture in general there are a handful of buildings.
MIT has a couple well known ones such as the Stata center by Frank Gehry. Not my thing. I found the interior too visually chaotic for my tastes. 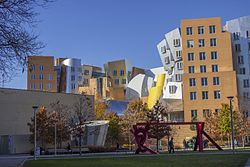 The Ray and Maria Stata Center or Building 32 is a 430,000-square-foot (40,000 m2) academic complex designed by Pritzker Prize-winning architect Frank Gehry for the Massachusetts Institute of Technology (MIT). The building opened for initial occupancy on March 16, 2004. It sits on the site of MIT's former Building 20, which had housed the historic Radiation Laboratory, in Cambridge, Massachusetts. The building's address is 32 Vassar Street. In contrast to the MIT custom of referring to buildings...

There are a couple other buildings (at MIT and Harvard) that show up in The Phaidon Atlas, for what itâ€™s worth.

There are various architecture tours. Some are neighborhood oriented others site specific. I have been on a couple cool ones around parts of the Big Dig and the Zakim Bridge (lead by the designer). I found them in the Boston Globeâ€™s Thursday Calendar section.

The Boston Public Library (BPL) has lectures by various groups around Boston. Although I missed most of them, last year they seemed to have a number of interesting architecture lectures. I think there is a series about green architecture but I canâ€™t seem to find it right now
http://www.bpl.org/news/upcomingevents.htm#Copley

The Museum of Science, Boston, now and then has design-esk things such as MIT wearable technology fashion show. Also there have been concerts by groups like Robot Ensemble as well as interactive art installations. Again they can be far a few between but they happen. 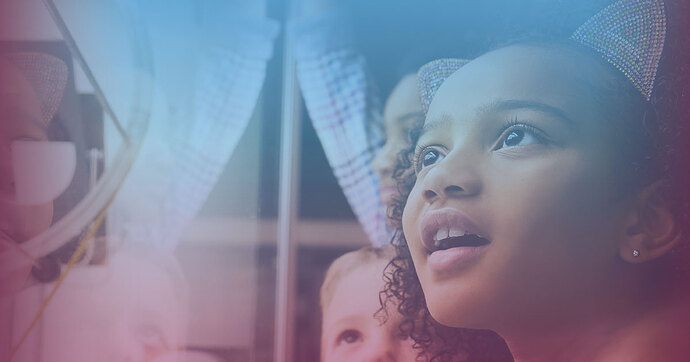 The Museum of Science features a revolving schedule of temporary exhibits, IMAX films, and Planetarium shows, plus details on more than 700 interactive permanent exhibits, live presentations, and more! 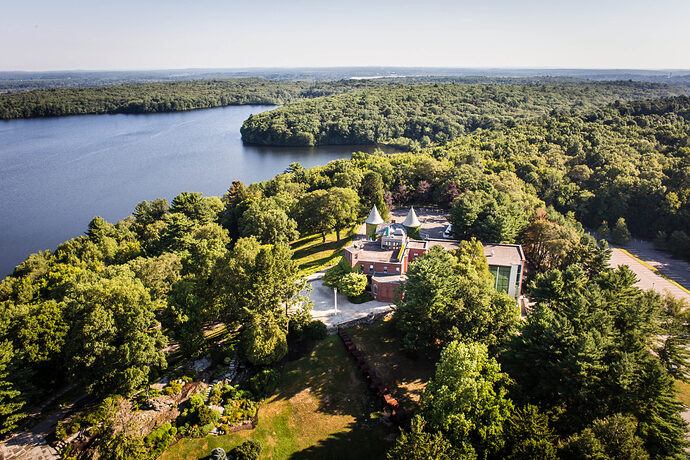 deCordova Sculpture Park and Museum - The Trustees of Reservations

Further away thereâ€™s Mass Museum of Contemporary Art. Take roads less traveled and it can be a decent road trip. 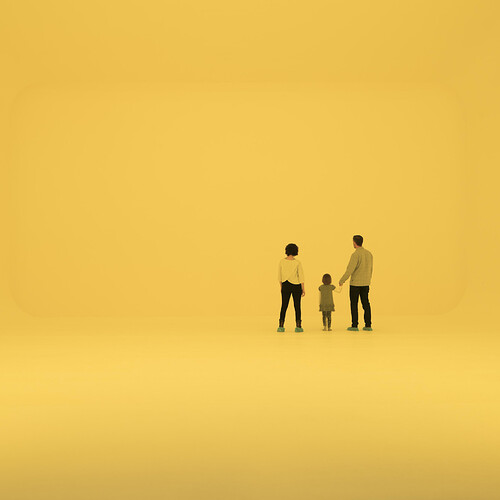 MASS MoCA is one of the world’s liveliest centers for making and enjoying today’s most evocative art. With vast galleries and a stunning collection of indoor and outdoor performing arts venues, MASS MoCA is able to embrace all forms of art: music,...

Support your local artist/designers
Buy a really nice bike hand built by very cool local folks that love what they do. Great custom paint.
http://ifbikes.com/
A paint job they (Jill) did for me.

Fort Point Artists have shows and open studios now and then.
http://www.fortpointarts.org/cgi-bin/FPAC
There are a couple other artist groups around but I donâ€™t seem to be on top of their shows and such. 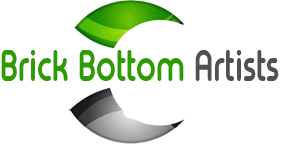 Since you are into sneakers, a friendâ€™s urban clothing/sneaker store. I had a hand in designing, consulting and building some of the in store â€˜noveltiesâ€™. http://www.yelp.com/biz/bodega-boston

Off the design topic.
I would check out these places.

Silvertone bar and grill.
Folks like the vibe and they are known for their Mac & Cheese. Iâ€™m not a m&c fan but I have had more than a few friends rave after every bite.
http://www.silvertonedowntown.com/home.html

Pho Republic.
I havenâ€™t been in a while but they used to have an amazing pan seared tuna amoung some tasty apps.

The Beehive is an underground Bohemian restaurant and bar for creative New American fare, cocktails, live music, brunch & patio dining in the South End, Boston. www.Beehiveboston.com is an institution, considered one of the best restaurants and...

The Bee Hive
Same owner as Pho. The place opened a year or two ago and has been getting rave reviews. I was there a year or so ago and liked the music and place.

The Beehive is an underground Bohemian restaurant and bar for creative New American fare, cocktails, live music, brunch & patio dining in the South End, Boston. www.Beehiveboston.com is an institution, considered one of the best restaurants and...

Toad
Local crowd, usually good music. Small. Good restaurant next door (Christopherâ€™s organic free range and all of that - same owners). You can bring the food over. 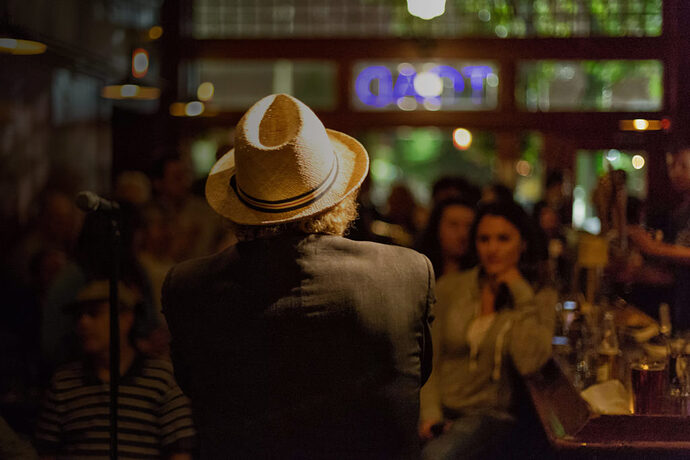 OK went on a bit longer than planned.

Awesome! Thank you so much Peter, I’ll be making my way through that list! I hit up Bodega and the Bee Hive. Thanks for taking the time to write it all down.

I’ve popped into Attic Life a few times here in Cambridge to check out sneaks:
http://www.theatticlife.com/blog/index.php

Also, going to go down this list: though I was surprised how little Superfuture had on it for Boston.
http://superfuture.com/city/city/selected.cfm?city=16

We should get unscene.com to do a listing.

I walked by the MIT museum yesterday while walking the dog and was wondering about it. Will check it out for sure now.

PS: That custom Bike paint job you had done is sick! I’d love to get one done in the powder blue, orange and white of the old Gulf Ford GT40 racers.

yo, welcome back to town. I’m right off comm ave as well and in school, its definitely a good time

Where is the Converse HQ anyway?

I’ll be joining the Beantown crew this winter for a footwear internship! Yihaa!

yo, welcome back to town. I’m right off comm ave as well and in school, its definitely a good time

Where is the Converse HQ anyway?

North Andover… so a bit of a hike for me everyday, but worth it. A designer I know from Astro actually just moved into my building… funny: http://sprout.cc/

On the actual events, this is coming up

One of my best friends and mentors is speaking there, Aaron Szymanski, about the work Evo Design did for Recycline… Aaron taught me most of what I know, so blame him…

Great, thanks man. I’ve been super busy at work, but we are finally settling in. Been checking out a lot of of Cambridge… saw the head of the Charles the other week. Got down to the Fort Point open studios… It’s been great to catch up with old friends as well.