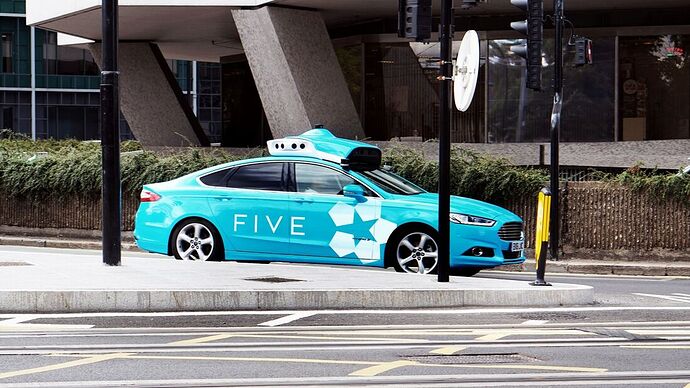 What I wonder when I see these supercar branded products is, does anyone over 14 desire these? I guess the sad answer is yes…

What I wonder when I see these supercar branded products is, does anyone over 14 desire these? I guess the sad answer is yes…

So you relling me you don’t own any branded products?

I own branded products. I don’t own any supercar-branded products. This despite that I owned a Porsche for a number of years. I managed to avoid buying a Porsche toaster of shortwave radio. I have resisted all temptation to buy those Ferrari running shoes. Lastly, the only logo on the front of my comptuter is the one that says “intel”.

It would appear that a lot of consumers would agree with you Mr. 914. A lot of automobile companies have recently questioned this whole business of “branded-lifestyle accesories” because of a general lack on enthusiasm. It would seem that slapping logos onto cheap commodity products even has its limits as a strategy.

I just did a competitive analysis on this and found that several automotive companies have anywhere between 3-400 “lifestyle products” in their offering. Most are cheap, commodity items like alarm clocks and paperweights. The motivations for doing these products? Brand extension yes, but there also seems to be a sense of simplistically and mindlessly - trying to keep up with competitors.

Yes I too think the combined marketing is too contrived.

However If I had the bank account of a pro football player and wrist as big as a loaf of bread, I might succumb to the Brietling Bentley.

…except that when Porsche adds their logo to sunglasses and watches, it isn’t just a label. When it’s done relatively well, it works… like Ralph Lauren paints.

If the PC mfgs would make the Ferrari and Lamborghini models into actual super-laptops, then I would buy into it. I think only Dell can claim the status of uber-note with their (formerly) Alienware line-up.

Most of the German auto makers have manufacturing experience outside of cars to draw on so it isn’t surprising to see them working on other products. I mean BMW was once an airplane parts manufacturer, then did railroad systems, and finally moved to cars. The blue and white logo on the cars today is supposed to symbolize a spinning propellar with the colors of Bavaria.

In the case of Porsche they have actually been making branded products outside of the car market for a while now. I did a project in design school where we had to design luxury goods and one of the brands to choose from was Porsche. Their Porsche Design division makes some nice things from watches to coffee makers.

In the case of Ferrari they have just been more about the traditional giftshop approach. Take something and slap the logo on it. I doubt they have an office that puts any real thought into the design of those items, its all just about licensing the brand.

I know Hummer is producing “more affordable” models now but I have always wondered who is responsible for some of their brand extensions.
My personal fave… the 9$ Hummer flip-flops on the clearance table at the local Shoe Warehouse. How does this help the Hummer brand?

And then there is the Hummer cologne…

Agreed… when I saw that Hummer cologne, I wondered how many guys were secretly cringing inside when they actually received one from their spouse as a gift. “Oh well, at least I got some kind of Hummer!” Then there were the others who actually said to their spouse, “If you want to give me a Hummer for Christmas, I’d prefer one that didn’t come in a bottle.”

Come to think of it, one successful cross-pollination was Caterpillar and their foray into workboots.

…i’ve seen this throughout my three decades as an id…a common stroke of genius by totally clueless mba/marketing/product manager types…they just do not get it…innovation is earned, it cannot be purchased…serenity now… serenity now.

I do find this branding somewhat scary.

I’m just going to throw this out there: the underhanded anti-brand can be just as scary. Have any of you read “Brand Hijack”? I picked this up browsing and found some interesting stuff: marketers were seeding stories of the Blair Witch Project on the internet 3 years before the movie came out. This movie, which was made for a few thousand dollars, went on to make hundreds of millions by building a clear, stealthy, and calculated buzz. It was also very scary which means the product fulfilled its promise very well. However, when I found that it wasn’t an exclusive “in” thing to know about this movie, I felt taken for a ride.

So, what I’m getting at is in a way at least lamborghini is being really overt in saying that they stand for extremely high quality and styling, and had a hand in making this laptop what it is. It’s just a strategy that is pretty out in the open, at least. There are going to be buyers. Lord knows I have my sare of Lance Armstrong stuff that I know he didn’t even see. I still was captivated by what he stands for.

this is getting out of control…

Pleaes tell us that is not a real product pezzy…please!

Pleaes tell us that is not a real product pezzy…please!