An update on the water jet pack project first announced in the projects thread a few months ago. We are getting closer to the release. Tooling finalized and in production. It is the full mix of injection molding, sandcasting, forging, composite molding, cut and sew, lots of initial CNC work, and dozens of ancillary processes. All designed to be soaked in the most difficult natural substance of all, saltwater. Final graphic outfitting and nylon choices underway now. 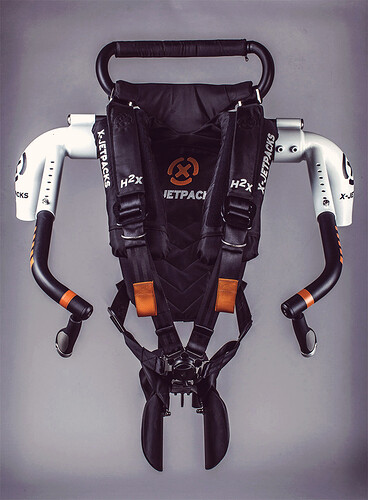 The jet ski re-direct kit has been undergoing testing for a few months. Works super smooth and tons of power. 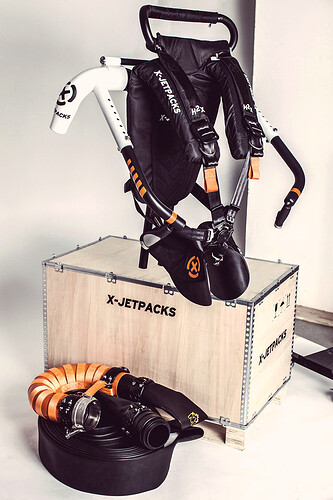 A photo of the complete boxed set.

Lots of prototypes and tests, some good out of the gate, some surprises, always a drawing board to go back to, all learning experiences. The product get better to ride at each iteration. Being able to work with actual flight characteristics with the “cushion” of a water landing has been a great experience and a hugely fun development process.

Welcome any questions on the process of development and the prototyping.

How many interns died during test flights?

Did you guys have to do a completely custom latch for the harness to avoid having the mechanism rust shut?

Ha, none and animal free testing as well, everyone got wet though. The first ride photos look so uncomfortable in retrospect.

Rebuilt all the buckle internals in 316 stainless, and it still needs washing out at the end of the day like scuba equipment in fresh water. We’re re-engineering this part to a sport specific system in the near future, needs more tolerance for getting filled with sand.

The U shape hose end with the webbing all over it is interesting. Does that part plug into the pack?

The U shape hose end with the webbing all over it is interesting. Does that part plug into the pack?

The U is the part that attaches to the jet ski, it takes the full force of the 260 HP pump and turns the water around 180 degrees. We went with a flexible system to take stresses off the hull and pump and to allow for shocks when the jet ski is trailered of getting knocked around in shallow water. An additional benefit is that is gives a smoother back pressure to the impeller, limiting loss of power due to cavitation. The webbing limits the over-expansion of the flexible silicon hose assembly and holds the 180 bend under the pressure. The other end of the hose (15 meters) has a 360 degree swivel to allow for rider spins and barrel rolls, rightmost in the picture below. 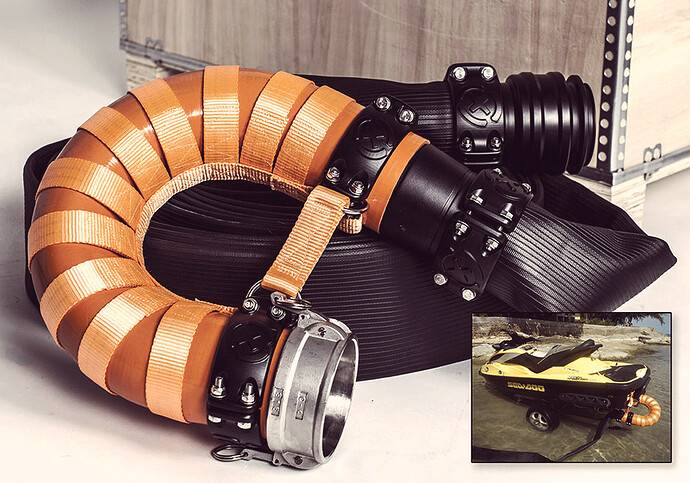 So do you drag the jetski around with you? Or is someone on it controlling the throttle?

The jetpack is linked to the jet ski by the supply hose. The amount of power means that the jetpack pilot pulls the jet ski anywhere he wants to go. That being said, during actual flight, you are unaware of the power unit being pulled behind you, you simply fly.

As you can guess, the level of complexity for linking into the electronic control systems of a supercharged engine is high. For building this as conversion kit for most high end jet skis in the market, even higher. We opted for the less complex route as the initial offering, the normal engine control system of the ski is maintained. It is an entry solution. We are working on a pilot throttle system.

It is ideal to have a second person with you for safety reasons, the rider on the jet ski is always within 15 meters.

Very cool. The little graphical touches give it that last bit of finish too. Came out nice. Pretty awesome product! Have you used it out of curiosity? Looks friggin’ awesome though I’d probably wuss out

Pretty perfect application for a jet pack. Water based so you don’t burn yourself, and over the water for the inevitable rough landing.

The crate packaging is a nice touch. Really gives it that top secret/James Bond mystique that jet packs have always had.

Look what else it can do!