I bought these Nevados about six months ago. Soon after a spot started to wear through. I didn’t think much about it, they were, after all, cheap.

I hadn’t worn them for some time, but this morning when I grabbed them to go walk on the beach I noticed a shiny bit protruding from the now hole in the side. I had to cut the material and use a pair of pliers to remove it.

It was not visible from the inside of the shoe and from the day they were purchased they felt completely “normal” - which may be more a comment about me, rather than the shoe. 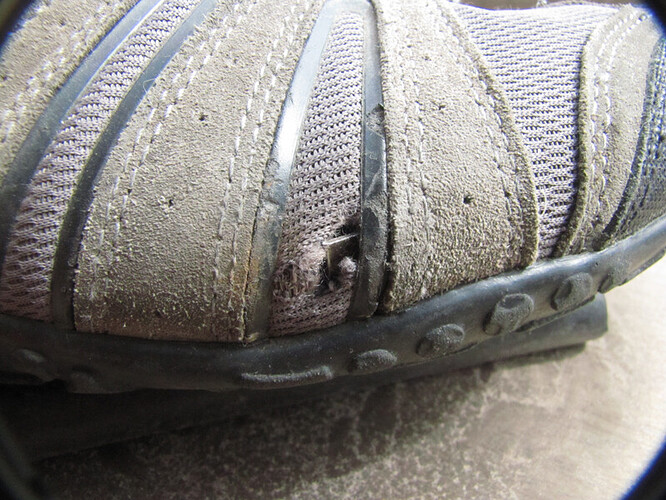 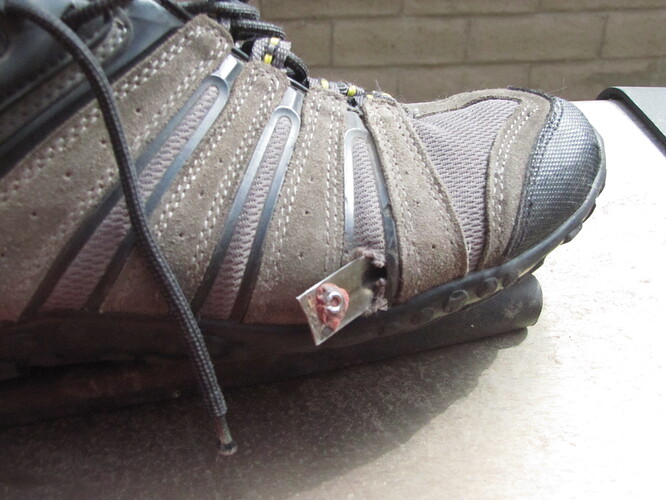 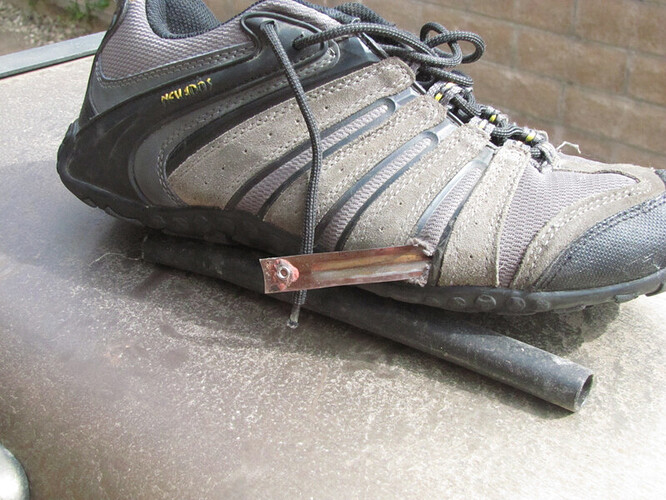 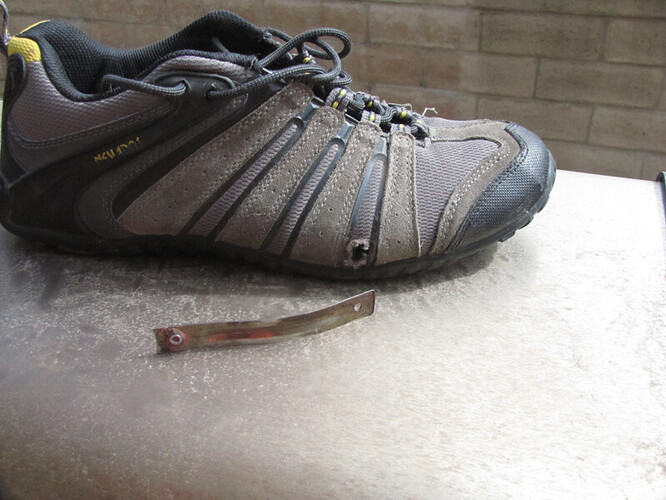 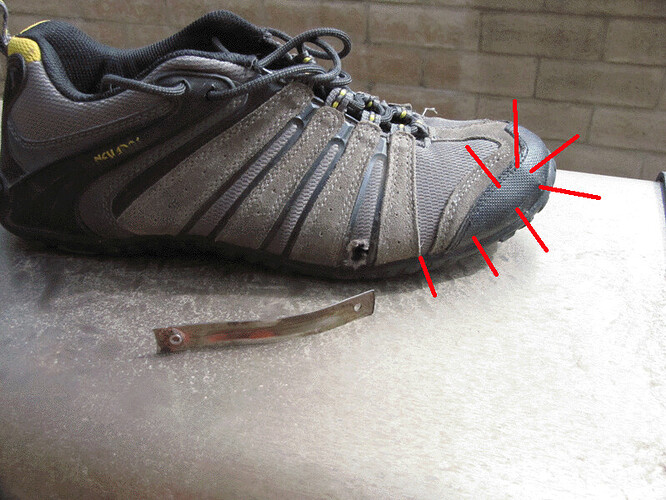 that looks like a metal shank that would normally be in the waist area under the upper in the midsole someplace. Should not be where you found it. Dunno how it ended up there. Most decent factories would actually run the finished goods through a metal detector to check for things like that.

Surprised it didn’t notice it right when you bought the shoes!

Dunno the price or brand…Guess you get what you pay for? Never heard or seen anything like that! WTF indeed!

That right there is why o nay certain shoes are allowed in prisons. It is indeed called the “Shank” and should be under your arch not near your toe!

Surprised it didn’t notice it right when you bought the shoes!

from the day they were purchased they felt completely “normal” - > which may be more a comment about me> , rather than the shoe.

Dunno the price or brand…Guess you get what you pay for?

Brand: Nevados And I bought them for express purpose of soaking them in salt water at the beach. I think they were on sale at Big5 sporting goods store for like $25. My Florsheim Gunboats seemed too formal for the purpose.

I don’t even know how it would be possible to make a boot like that for $25 msrp. Nuff said.

Whew, seriously, that is just a few bucks of BOM cost! Low margins could help. Retailer’s margin expectations might be lower as may be the brand’s, but the only other way around that is to take cost out of the product.

Rubber outsole (might be open tool which would help) maybe about $2.50.
Looks like some molded parts on the upper there. Say $1 each, so about $2
No midsole, that saves some money
Probably a grenade construction insole? Say another approximate $2
Upper materials probably about $4
Assembly labor, maybe another $4
Total rough approximate BOM (I’m a few years out complete immersion of the shoe game, so this is pretty rough) $14.50
The factory might have a profit and development surcharge as well, but I might have over estimated a few components so it might be in the zone.

That leaves $10 to split between the retailer and the brand. Figure the retailer is going to take at least half, call it $6 and maybe the brand picks up $4. You have to do a lot of volume to get any real money. Lets say the brand has 15 - 20 employees which would be probably a little over $2mil in cost, and they have to pay for a US facility, not to mention customs costs, QA, shipping, warehousing, any marketing or promotions (those sales in the retailer’s Sunday paper insert cost the brand money) call it another $2mil just for fun. That means they would have to sell 600,000 pairs just to break even. Pretty impossible to do that on just one model, even with US big box distro, so probably at least 6 models in the line, which will also drive some of the costs up, but the only way to get the volume.

This is all back of the envelop fun math, but gives you a sense of why the brands that make smaller amounts of things with high quality design, materials and construction cost so much more.

Mike, having been on the left coast for a while, you’re probably familiar with Big 5; they’re a west/south western sports equipment retailer. They’ve been selling the Nevados brand for a long time.

A little snooping revealed they are what’s left of a pair of Nevados Ambush Adventure hiking shoes and the MSRP was $49.95 - remember, I bought them on sale. And it’s been more like a year ago… how time flies.

They were perfect for what I bought them for. Cheap, solid sole, light weight. I was going to cut them open to see if there is a shank in the left one, but I think I’ll wait until they’re thoroughly trashed, they do the beach walk thing perfectly. They’re drying out on the front porch right now.

$50 seems like a more reasonable price given the construction and materials. The sales just eat up the margin

$50 msrp. $10 fob. Doable in Fijian province for sure with high volume and off the shelf bits.