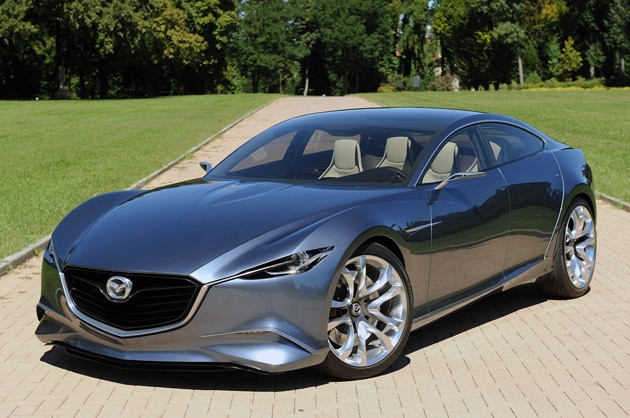 It’s as though the design team at Mazda wanted to flip the bird to the Fisker Karma. This thing is stunning inside and out! 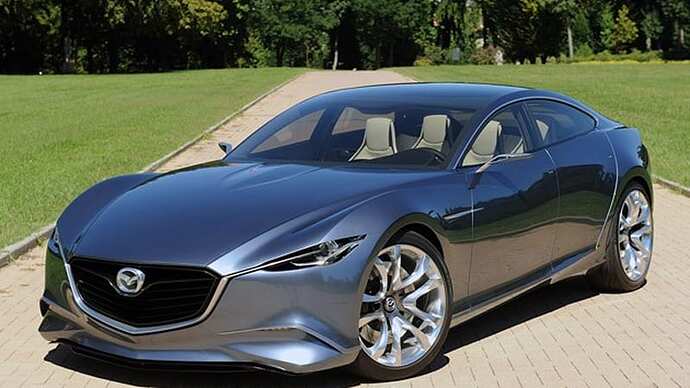 At first glance, I thought the work around and inside the lights and lamps was beautiful…and then I saw the seats!

Those are directly out of a designer’s wet dream sketch…

Amazingly beautiful. Look at all that glass on the roof! I love the execution of that vs. the current Merc glass roof.

More like they wanted to flip the bird at Tesla who recruited Hans Von Holstein, lead designer o Mazda advance design I believe. Hans was responsible for a few of the stunning Mazda concepts from a few years back and then he went on to design the Tesla Model S. 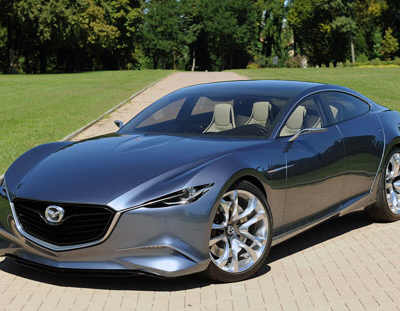 In an unusual departure from industry practices, Autoblog was invited out to Milan to see Mazda's new Shinari concept car, rather than having to wait to see it at an auto show. Check it out:My initial impressions of the car were of confusion. I'm...

From Hipstomp on the blog:

Sharp and pointy angles on the front, round and flowing lines on the back…it reminds me of a Manhattan city block, where different parts were designed individually with little thought given to the look of the integrated whole.

I think it looks great. I like the interplay between the various elements. The only part that doesn’t work 100% is the way the hood sweeps into the grille, but I can accept that as an evolution from the RX8 design, where it works better. Am I missing something?

I don’t agree with his assessment at all. I find it to be thoroughly cohesive and a logical evolution of their current forms. Certainly a departure from their previous concepts, but in the right direction for sure.

yea i really like this car as well. I think ive been waiting for something like this from mazda, they have never really plaed well in ful size sedans that im aware of. It seems with their latest design direction that they could pull this off. Really hope that it comes into production somewhat similar to this and under 50k!

I think it looks good to

But why do all cars these days need to have that aggresive look…If I saw that coming, as a pedestrian, I wouldn’t think about crossing the street.
Everything is so -get-out-of-the-way-because-here-I-am-and-I-m-better-than-you these days

Atohms: I agree with you there. I’d love to see the next New Beetle get back to a real cool big eyed look.

I’m not sure how I feel about the lower half of the bumpers of this car. It looks like it has awesome proportions and the overall feel is really nice. I usually disagree with Hipstomp when he starts “analyzing” designs, he is always way off in my opinion.

Yo: I agree with you about the lower part of the front bumper. I think they are trying to create some kind of dynamism between the long smooth surfaces and the angular edges. To me, it looks like a first strike out at a new trend. It’s something to be tried here and fully resolved later.

When seen through that, I think it’s a very successful concept car.

I first noticed this kind of thing on the current us spec Honda accord. There are sone sculpts in the lower corners of the bumpers were brake ventilation might go, but no vents, not even any iteration of vents, just form. Maybe it’s a fluke coincidence or a trend o highly stylized surface embellishment?

Seeing only the pictures on this board I was with hipstomp here.

The formal language used at the front end with the prominently beveled grille and the equaly edgy
“vents” looked to have almost no connection to the side view with soft sculpting and a rounded smoothie window
line.

But this doesn’t hold true, when looking on some more representations.: 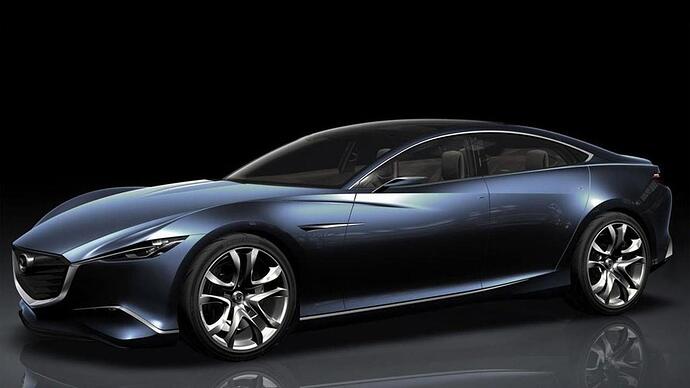 Mazda has take the media by surprised with the unveiling of a new four-door coupe concept at a private press event held in Milan today.

I am not enthusiastic, though. Once again Mazda is following others instead of developing an identity
of it’s own. The only Mazda, thats got soul is the Miata, which was nurtured for 20 years. The cult following
always prevented them from misstepping.

But the limousines are a shame, stylewise. They followed Mercedes in the 70ies. Ford in the 80ies and built
an Alfa 156 for the faint hearted with the Mazda 6.

This new thing will be a Jaguar/ Fisker Karma for thousands less.

But I still wonder, what Mazda would built, if they stopped mirroring the alpha males and try to
be themselves. Nagare was a good philosophical foundation, but went a terrible direction in
execution. 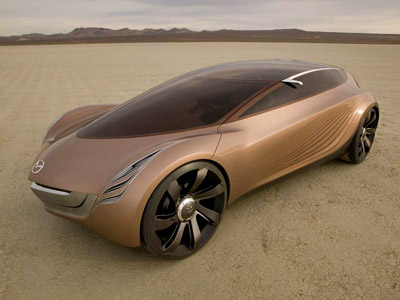 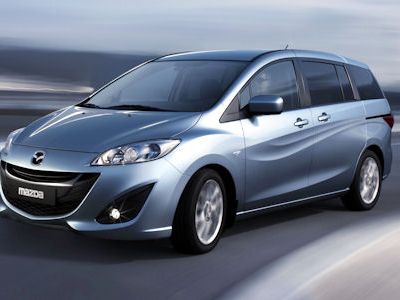 a Branding side note:
any idea if this is the evolution of the 6, or might they bring back the “9” flagship?