Would you design for the military?

Eames splint and the aluminum chair don’t really fit the discussion – both were done during WWII. Everyone was doing everything they could for the war effort – there was no moral dilemma.

There was greater support for the Allied war effort among the citizens, but nationwide shortages of raw materials along with concerted propaganda contributed to that moral certainty. The Eames’ arrived in Los Angeles without any contacts or business prospects. The splint was an offshoot of some plywood explorations built in their apartment. One could imagine them as a modern-day firm starving for work, and taking the first thing available. During WW2 there wasn’t much else in terms of industry to design for. 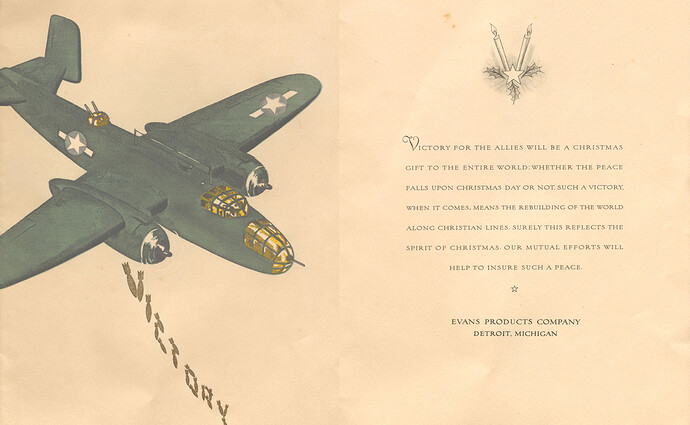 Also, there were objectors to WWII.

Frank Lloyd Wright being one of them actually. I believe several of his Taliesin students actually went to jail for failing to submit to the draft.

I’d love to hear his reasoning behind that, as he is one of my all time inspirational “greats” and keeps influencing me tremendously.
Guess you can either design bombers or churchs as well as a synagoge, but not all three of them.

Any Designer/ Architect known who did both? Clerical and military work? 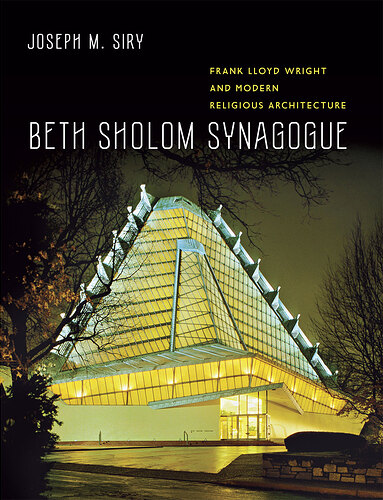 First off, for those attempting to draw a distinction between “offensive” and “defensive” weapons, such a distinction is essentially spurious. IF it helps you sleep better at night, good on ya, but it’s a fantasy. Now, there IS purely defensive EQUIPMENT, such as body armor and the like, but again, as those who attempt to ban possession of body armor by civilians recognize, having better defensive equipment allows one to be more effective on offense.

Second, the military has a huge need for “design”. Human factor consideration is massive in military “stuff”. “Form follows function.” Engineers focus on making it work, and then making it fit into whatever space. Lots of opportunities for designers to bring their skill, including their aesthetic skills, but because of the “engineer culture” infusing the defense, it’s likely a bit rougher of a ride than in other fields.

First off, for those attempting to draw a distinction between “offensive” and “defensive” weapons, such a distinction is essentially spurious. IF it helps you sleep better at night, good on ya, but it’s a fantasy.

If, as a designer, you don’t want to design for the military, no judgment, where would you draw the line as so many consumer and industrial products are used by the military. Cell phones, tablets, VR equipment, PC’s, drones, footwear, backpacks, medical equipment and first-aid equipment and supplies, pens/pencils, transportation, etc., etc., etc. It’s a very long and broad list and it may be impossible to identify where a product will end up. Is it even possible to be a designer, of any kind, and know for certain how and where the most innocuous product may end up?

Turing it around, would you design a consumer/industrial product that came out of the military?

I proudly design and manufacture products for the US military. I do this because I believe individual liberty is one of the most fundamental human ideals, and I see the US (even with all its faults) as freedom’s greatest ally (and by extension: innovation’s greatest ally as well) over the past 241 years. I view the US military as freedom’s insurance policy against external threats and the US constitution as freedom’s best defense against internal ones. I realize it’s not PC to support the military or the constitution these days. For proof, one need only read the vast majority of the comments in this thread. You are obviously free to have these views but I question the intellectual honesty of believing we possess certain unalienable rights as humans on the one hand (freedom of speech comes to mind) and then not supporting the basic structures that ensure these rights are not taken from us. (a charter established to protect our individual liberties and a defense force sworn to protect us from foreign threats, for instance)

The question you are asking yourselves (could you allow yourself to design for the military) is an absurd one. It’s like sitting in warm comfortable house asking yourselves if you could ever possibly “support” the designing of houses. Then deciding you can’t on ethical grounds but remaining in your nice warm house, cozy in your having taken a stand against the evils of construction or whatever. Your emotional coziness doesn’t mean anything. If you don’t support the US having a military, how do you deserve your natural human rights that they have safeguarded for you? Imagine the US was full of “you’s” in 1941… sure there would have been cooler music and more beard wax stores, but the Axis powers would have simply taken over the free f’n world! In fact, they almost did despite our and our allies’ herculean efforts to stop them (and by “our efforts” I’m referring to over 407,000 individual service members from the US alone who gave their lives to keep you free.) The only way freedom survived those years was our and our allies’ ability to supply more smart and courageous individuals to the front lines and yes to create more and better tanks, guns and bombs than our enemies could. When it’s an objective fact that war exists it doesn’t matter if you “don’t believe in war.” Saying you are against war just doesn’t mean anything. Every sane person is against war. It’s like saying you are against crime- who isn’t? But if someone steals your car I guarantee you would still call the police. How does realizing that police are kind of critical make you a fan of crime?? We’re losing the ability to actually debate real and nuanced issues. We’ve allowed PC group-think nonsense to teach everyone they have a right to be insulated from actual dissenting or complex viewpoints. All we do now is pitch fits when we don’t get our way and socialize more PC pabulum and group-think.

I am deeply thankful that there are still men and women who voluntarily put their lives on the line to defend our imperfect but awesome experiment in human freedom. And no matter who’s in the white house, no matter what the politics du jour are, I will proudly do anything I can to help them be better prepared to defeat any enemy who threatens them or our nation. You don’t have to agree with me - that’s the beauty of what so many of our service members have paid dearly for - for now we still have the benefit of their gift; the freedom to make up our own minds.

Turing it around, would you design a consumer/industrial product that came out of the military?

Thats a good point, given that so many consumer innovations today were commercialised from things born out of necessity in the military. Even the first Epipen-style device was for soldiers to administer nerve gas treatment.


I have to say that I would design something that came out of the military.

First off, for those attempting to draw a distinction between “offensive” and “defensive” weapons, such a distinction is essentially spurious. IF it helps you sleep better at night, good on ya, but it’s a fantasy. Now, there IS purely defensive EQUIPMENT, such as body armor and the like, but again, as those who attempt to ban possession of body armor by civilians recognize, having better defensive equipment allows one to be more effective on offense.

Never thought about asking this question to my father. He is a practical scientist who, among mostly non-military projects, worked on Pres Regan’s Star Wars, ground based laser missile defense system, as well as spy satellite/aircraft optic systems.

… the freedom to make up our own minds.

But other than that, the remainder of the post was absurd, if I may plagiarize. So many historical inaccuracies slanted by what I can only call a dangerous patriotism.

That said, the reality is the world is filled with those with the same characteristics. And like a self-fulfilling prophesy, you and yours will want to prove your side is right and lead to violence.

I would have absolutely no problem designing offensive or defensive weapons as long as 1 rule is followed: Anyone who directs/votes for/wants military action must be on the front line with their children, grandchildren and their most significant relationships. That way, I am somewhat confident it is a real threat versus a perceived threat.

Another interesting category of products could be ‘domestic’ products that by some unintended virtue become adopted by the segments of the military that can choose their own equipment.
A couple from the Amer Group family of brands: Salomon footwear, adopted by special forces operators - Salomon now offers a military-only selection of shoes; and Arcteryx LEAF gear (LEAF= Law Enforcement and Armed Forces). 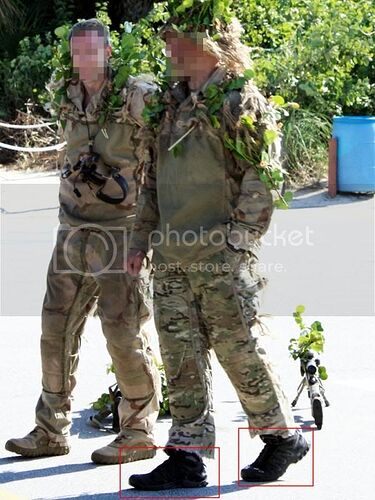 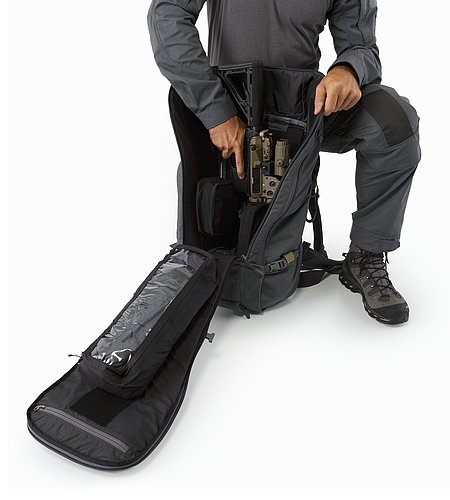