Lately, I have become quite fascinated by patina on products, and since the topic has come up in a few threads(fx. vintage toys). So I thought id start a thread about it.

I do not have a lot of these kinds of products myself, one is my lappie and iphone, albeit their limited lifespan. I like looking at the dents and scratches on them, because i remember when most of the big ones happened. But sooner or later the mbp will be shut down forever, and the iphone will probably be outdated and not compatible in a not too distant future.


I recieved this encasement from an old neighbor, which seems to be just one of those products that surpass a life-time. I don’t use it a whole lot, but for me it has become some what of a drawing kit for surgeons. The case is starting to look a bit scruffy, but it’s solid as a brick 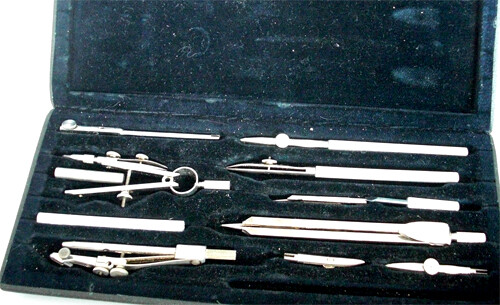 
Whats your favourite products in regard to this kind of interaction footprints?

I remember seeing an MP3 concept (I think it may have been the original Zune) that was meant to wear. The casing was made of multiple thin, different color layers (even a wood veneer!) so as it wore it naturally began to look like the guitar you had posted. I wish I could remember where I saw that.

There is also something great abotu a nice patina’d wood floor that always captivates me (love the used barrel floors). 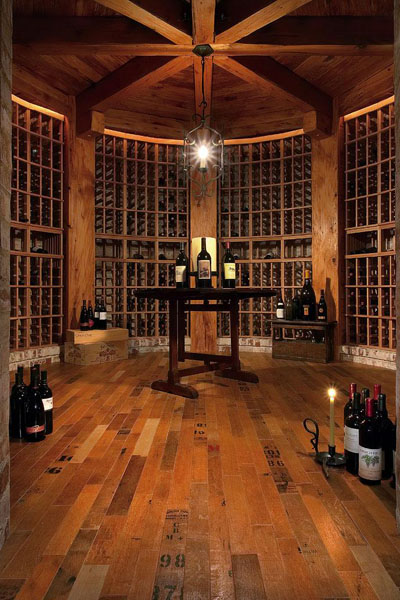 I remember seeing an MP3 concept (I think it may have been the original Zune) that was meant to wear. The casing was made of multiple thin, different color layers (even a wood veneer!) so as it wore it naturally began to look like the guitar you had posted. I wish I could remember where I saw that.

There is also something great abotu a nice patina’d wood floor that always captivates me (love the used barrel floors).

That floor is sweet! I saw something similar today, where the mason (thank you NURB) had put a couple of big grindstones in to the side wall of a house out on the countryside. Shame i didn’t have time to photograph it.

I don’t have a pic right now, but I have a pair of cowboy boots that I have been wearing for about four years now. When I bought them they were nice and shinny brown leather, but through the years they have worn and aged and really started to develope character. I love them for the same reason someone would love the guitar above. I know they are a well made product ($250 Justin boots, no pun intended) they have been designed to be worn and weathered, and as long as I keep replacing the souls and heals they will last for quite some time.

That floor is sweet! I saw something similar today, where the masoner (is that the correct word for it?) had put a couple of big grindstones in to the side wall of a house out on the countryside. Shame i didn’t have time to photograph it.

The right word would be Mason. Singular…

You mentioned cameras, I’ve always loved these in any shape they come in: 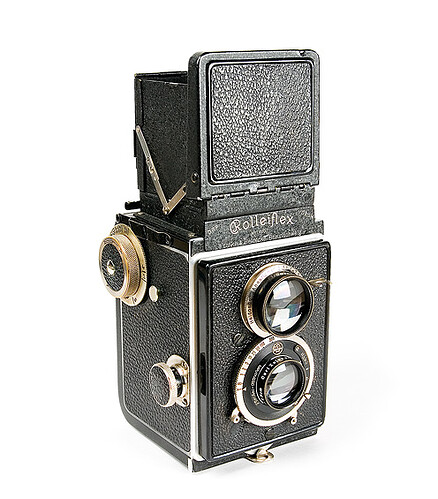 I have one of these that was my grandfather’s:

I have one of those cameras as well along with a couple others. They are really cool.

I have one of those drafting sets that my dad used…in high school. The the set is still in immaculate condition.

I have a collection of old desk top electric fans dating to the 1910’s (very first electrics!) and the finishes on these are amazing! I’ll try to take some pics tonight.

Am I the only one who looks for swordfight scars on swords and armor in museums?

The camera examples are great, especially since a lot of the old ones can still take amazing fotos. My first was a Canon older than me. The body is well crafted metal and the housing around the lenses dinged a little, but it’s still has a better “feel” than my DSLR. I think the lenses were made better too… the pictures show more color somehow. The best part, the old lenses fit on the DLSR!

I used to buy 50s modern furniture too… something about the “original” 50yro stuff seems more charming than the perfect newness of the DWR stuff, thought sometimes the old ones can be too beat up

Not quite the same but, I had my road bike custom painted about 1-1/2 years ago with a Rising Sun graphic (on each side, suns on the head-tube and the rays cutting and ‘meeting’ across the frame).

Although picking the graphic had nothing to do WWII, I did think of the the worn look of vehicles from the war. At one point I thought about how I might have the paint job done so that as the bike gathered scratches and such they would some how add to the look. I thought about having some faux sheet metal parting lines added at various locations where dirt and oil usually gather. I didn’t really think about it too much as getting the main graphic to look right took some time.

I since have thought that as I ride in the city a lot, putting small car silhouettes on the top tube for all the hits and very near misses by/with cars.

Other than that, I have some old, well wore, but in good condition, wood and metal traveling cases I picked up from the neighbor’s trash. Couldn’t believe they were being thrown out.

My mountain bike is built around my good old GT Xizang (titanium) frame. The nice thing about titanium is that as long as you don’t crash it really bad you will have a frame for life, and can update it as you go along (I think the frame geometry for mountain bikes is more or less set now so it should keep it self in that respect as well). It’s an unpainted frame so it keeps it appearance well, meaning it wears with grace even though it isn’t as shiny as it once was. The only really visible wear and tear is on the decals. I will remove the decals soon I think to reveal the surface under these. Untouched be the environment these areas will hopefully have the shiny appearance that the whole frame use to have. Then gradually theses shiny traces left by the decals will disappear and the frame will again start to look like it has always had this kinda dull look.

Steal is real, but titanium is magic

(titanium IS magic, I agree!)

oh heck yeah. That was the thing about Star Wars. Every other sci fi movie before that showed everything in a perfect state, like everything came off the factory line the day before. While Star Wars showed what things might actually look like after use, and then Blade Runner demonstrated a totally distopian add-hock future.

Which really is the problem with the new Star Wars movies (1-3). Apart from the CGI not being so hot even in its days, the main problem is that the environments in these movies don’t look “lived”. It’s just too polished… 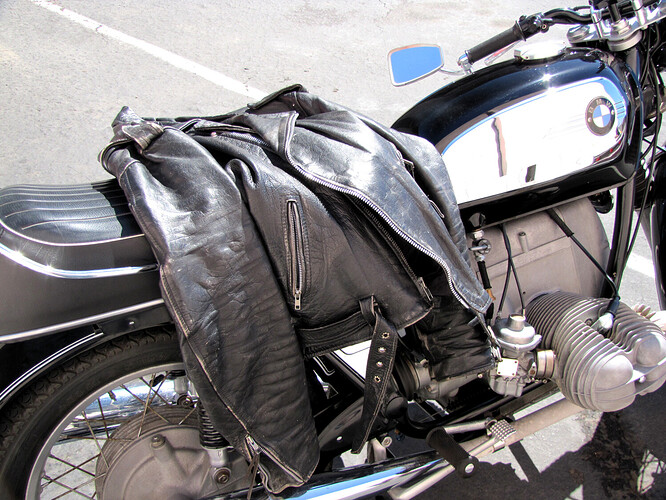 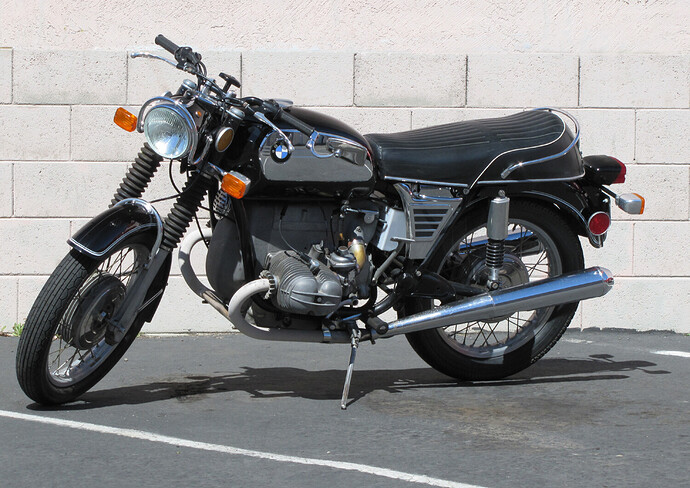 There is really something to be said for something that has a patina of use. I saw a late 60’s 911 the other day that was obviously a “driver”, not show car quality, and I think I somehow like it better in that condition… can we design with this in mind instead of it being accidental?

When I was in college, I went to Verona, Italy. There they have the Capulet house, a beautiful Italian courtyard style home. In the courtyard is a bronze statue of Juliette. It is considered good luck by the Italians to place your hand on Juliet’s breast and make a wish (only in Italy!). As a result of years outdoors, and years of wishes… the statue has a patina of a deep brown, except for one of her breasts which is brightly polished bronze from all of the natural skin oils. I always wondered if something could be done with this…

Some of the effect of the photos of this cold war relic is due to HDR processing, but the wear on the surfaces is incredible. 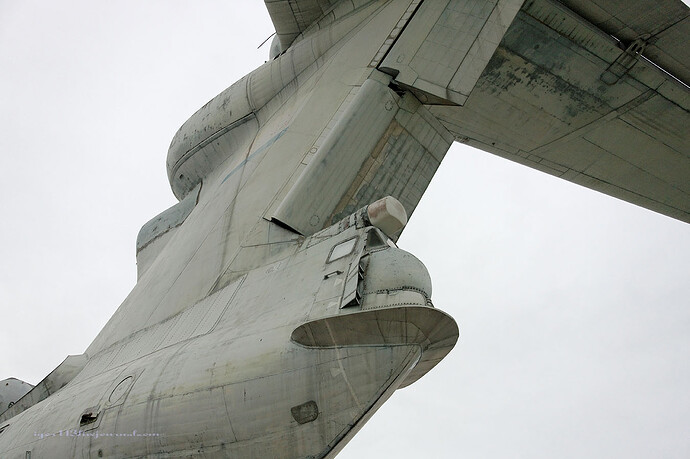 The crazy aesthetic of a plane that does not need to fly fast with a different efficiency is interesting.
More pictures here.

I have some serious love for these old vespa’s. Scooters have been making a comeback (have they ever been that popular in US?) in recent years and the vintage styles are the best by far. 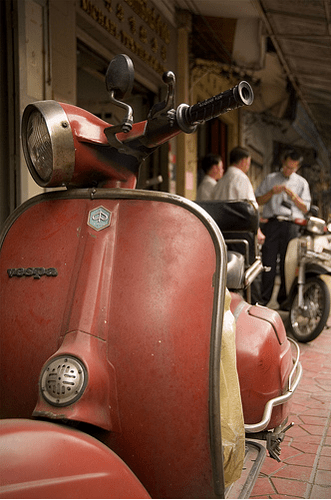 Some of the effect of the photos of this cold war relic is due to HDR processing, but the wear on the surfaces is incredible.

The crazy aesthetic of a plane that does not need to fly fast with a different efficiency is interesting.
More pictures here.

That thing is crazy! So many good pictures to look at on that site. It doesn’t even look like it should be able to fly all that well.