I saw this segment on CBS Sunday Morning on Tulsa, OK’s program to attract remote workers. I thought it was a pretty interesting idea. I think a lot of us want to cluster in big metropolitan centers (SF, NY, Chicago, LA) but some of these smaller cities offer a lot of benefits. On top of that, the technology makes it more and more possible. For my small studio, our top 5 clients are in Montreal, Chicago, Miami, SF, with just one local in the top 5 here in San Diego. Point being, it doesn’t matter as much where we are.

On the flip side, there is something to be said for being a part of a larger creative culture and having a ready supply of people to draw from for recruiting. We are I hope going to be balancing both be relocating life and work up to Portland later this year. It is not really a cheap city anymore, but compared to San Diego, LA, Seattle and SF, it is the best balance on the West Coast I think.

Has anyone relocated away from a major metro region to a smaller city or rural setting? 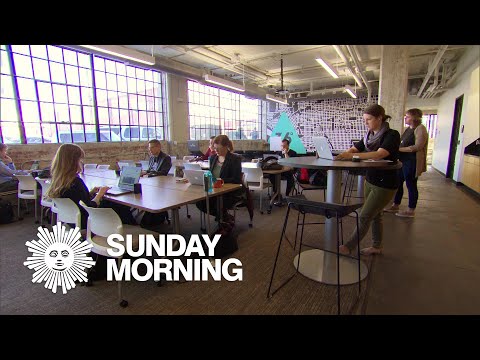 I guess it would be relatively easy to do if you typically work independently. Specifically because of Michael’s comment regarding talent pool, though, it seems like an uphill battle to relocate to somewhere like Tulsa and then build or maintain a high-level, in-house design team.

There is the possibility that opportunities like this combined with the changing ways we’re viewing remote work could spur an evolution of the typical design studio. Communication and collaboration challenges aside, I see an opportunity for something akin to a design collective or co-op operating from a number of different locations, with a head office or home base occupied only by an individual or a few key partners.

Saw that segment as well. Coleman Co. used to have all design resources in Wichita, which is near Tulsa, so it might not be that much different from that. But, Coleman is a large corporation and their main office and manufacturing was in Wichita. Plus, I have no idea what kind of turnover they had due to that location. I think they’ve since moved all design to the Denver area.

Seems like a lot moving to Denver. Almost all of VF is moving out that way except for Vans.

Seems like a lot moving to Denver. Almost all of VF is moving out that way except for Vans.

The VF situation is interesting. Denver is arguably the most up-and-coming, non-coastal city in the country right now (read: it’s not that cheap anymore), and it was still so preferable to the ridiculous cost of living in the Bay Area they were willing to move 90% of the corporation.