I have been thinking about this concept a lot, and would just like to post to get others opinions. ok, so I have a mac laptop, and I use wireless all the time from coffee shop to school, its great, and also sending information through bluetooth. I am sending detailed information, and well this got me thinking because if we can send all this information wirelessly and send video wireless to another and get internet and other features–why couldn’t we receive some form of energy or power also wirelessly? probably either already is available or no way possible, i know that a lot of the other is used by signals and how they sent and receive-but I would just imagine being at workplace or school-and get wireless internet and also some how get power for your computer so that you can be connected for a long time or maybe just for longer periods. I know that I have forgotten my power adapter or maybe the plug is way out of range and you need power-well maybe this could be an solution. it could be like a power hug installed into rooms and it would generate the power then radiate it out to the computers-or even eventually all the appliances-like tv and phone and the whole room could be wireless-dunno just a thought–


any ideas or suggestions–maybe this was the wrong place to post?–hmm

is this for the Design SLAM competition?

dygitalvision - do a little research on Nikola Tesla. He had a similar idea, albeit on a larger scale, to transmit energy without wires. In the accounts of his experiments, Tesla was able to power light bulbs 26 miles away from his million-volt antenna, however, there is no hard evidence of the success of his experiments nor has anyone been able to replicate them.

Perhaps we have advanced science enough since the turn of the 20th century to develop such a system on a small scale?

In my youth, I was able to create a ‘solid-state’ Tesla coil that could light florescent bulbs nearby. It was extremely dangerous - on the order of 40k volts - but I am not sure that any useful amount of power could be induced to a wireless device without producing a lot of harmful side effects such as electrical arcing and strong EMI.

I have always thought that more efficient power storage could be developed easier than wireless power transmission, such as the flywheel storage systems or moldable photovoltaic plastics for products’ exterior housings.

Lots of people have thought of this.

With toothbrushes it means the designers do not need to have exposed electrodes. Combined with a sealed case makes the product safe around water.

The cel manufacturers use a mat to charge various devices. They invision having a mat plugged in at home where you simply drop your cel, PDA, whatever and it recharges automatically through the mat.

Downside: horrible loss of power during transmission. Also, the beam is narrow, so it has to be carefully aimed at the receiver.

Possible uses for the Canadian airplane were military or scientific research where the plane could be kept lighter and smaller by not hauling its own fuel supply. I’ve never seen it used elsewhere.

On the whole, any type of radio transmission is harnessable energy. But you will have to deal with the pitfalls of loss in any of the systems.

ubiquitous power like this probly has issues. science still unsure how it all affects us humans (shades of “Nerve Attenuation Syndrome” or whatever it was in Johnny Mnemonic film). seems solution might be combination of high-power focused energy (lasers) and low-power ambient (magnetic fields). one-size-fits-all probly not in the cards for now. but tiered systems seem like good opportunity for exploration. especially as personal devices get smaller and use less energy.

Reading the responses again made me think, “maybe there is a variety of uses for induction charging…”. A pad on your desk at home to recharge your cel isn’t really all that much better a solution than plugging the darn thing into a docking station. But what about away from home?

Airplanes: what if every tray table had induction charging on it. You could be drawing energy from the plane’s electric supply for pdas, laptops, DVD players, video games. That would be useful. Especially on the long haul flights.

My brother always watches DVDs on his trips to Thailand. He has to bring extra batteries.

Cafes: What if every table had charging in it? or some anyways. You could do the same thing as the plane.

Restaurants: Great for working around a computer outside the office?

What are some possible places this could be used?

Wireless power would be cool, but it’s pretty blue sky, and in my opinion, not all that needed.

Here’s what I want, and I think it will happen soon via Fuel Cells:

PS; I use a docking station at work and appreciate the fact that it juices my laptop while I reap the benefits of desktop peripherals… Why hasn’t Apple released one yet???

For my senior thesis project I came across a wireless recharging technology that was being tested for cell phones, PDAs, and other small devices. It was called “Splashpower”. There’s a “Splashpad” where a cell phone would sit and as long as the battery had a “Splashmodule” attached (chip attached to the battery) it would recharge. No actual diodes were touching, just wireless induction. Someone probably already brought this up, but I don’t feel like reading all the replies.

Airplanes: what if every tray table had induction charging on it. You could be drawing energy from the plane’s electric supply for pdas, laptops, DVD players, video games. That would be useful. Especially on the long haul flights.

Like it but not too sure it would get past safety.

Cafes: What if every table had charging in it? or some anyways. You could do the same thing as the plane.

Restaurants: Great for working around a computer outside the office?

Had the same picture in my head by the time I got to your post - nice one.

Whilst starbucks are building them it would be good if they would make the tables bigger so I can put my portfolio case on them when with clients.

brimo8 - Whilst you are researching Tesla, you might want to have a look at passive rfid tags / auto-id / nfc - near field communication, as they all use radio waves for power.

Laptops at the moment use a 12v charge to … charge, achieving that either by radio waves or inductive means might be trickie - ask an electrical engineer.

This is something I’ve always been interested in (well since I’ve been using wifi anyway) and had to get my cables out regardless but have never really done in research into it although I think it’d be an interesting project.

I think saftey would be an issue (affect on humans) for transmitting power. Even if a ‘safe’ approach was found I think the preceved risk would certainly be an issue and dent market interest. For example who wants to live next to a power station ‘just in case’

Anyway, sounds interesting keep us posted on whatever you discover.

I think that the only way this can happen is obviously using one source to excite another, but i think any wireless power would have to use electromagnetics. I don’t this wouldn’t pass any safety checks though, especially with public concern over electricity pylons and the effect that they have been having over nearby communities in the uk.

I think that wireless electricity is most probably in the realms of physics buffs, but if anyone does solve this problem, they will end up extremely rich.

But good luck with this idea anyway.

I haven’t been able to find help yet-like an electrical eng. I have kind of put the proj. on the back burner for a min. Have become kind of overwhelmed recently. I will keep you posted though-thank you all for your comments.

All you will find on a board is ideas. If you go to your local library (or you search from home, if you are married to a librarian like me) and search for some of the devices and technology discussed here, you will have more engineering oriented lit. than you will knwo what to do with. I would bank on it!

I have set up a meeting through one of my professors to meet with a engineer. I have gone to our school library but haven’t found much. i need to go to the New york public library or the nyu library they are very large and have heard they are very useful.

I have sketched some ideas of how it would look and function in an everday usage or in specific usage. i think it could be the future. I want to carry the idea out-my professors think it is a possiblity but not sure how useful at first, they say it will take alot of research and prototyping and testing. I would like to create a team and put togther a project based on the idea and then present it to an company.

on back burner for the sec-but over the summer and maybe for a thesis next yr. ( too bad I am in communication design and none of my teachers are really going to understand)

thanks to everyones help-and feedback-

also I think so far with research and what I have been thinking about with the idea, it will evolve. I think the "wireless power supply’ is just the breeding ground, so to speak-

Wireless Power is a great idea as long as you don’t get in the way (zap). The safety issues are hugh!! I don’t see it coming to fruition in any of our lifetimes.

Along the same vein of pie in the sky ways to harness power, I had a discussion with colleagues the other day regarding the use of the human body to create energy for implantable medical devices. I know it sounds a little Matrix-like, but there are many ways that one could use pressure differencial, fluid flow, body heat and body kinetics to create energy, albeit small amounts.

Anyone have any ideas in this vein? (so to speak)

ok, so i dug up my research links from college per my past reply… here is splashpower (wireless induction charging)

what about wireless rechargers embedded underneath parking spots in parking garages… while people are at work, their electric car would automatically recharge wirelessly while in the spot. 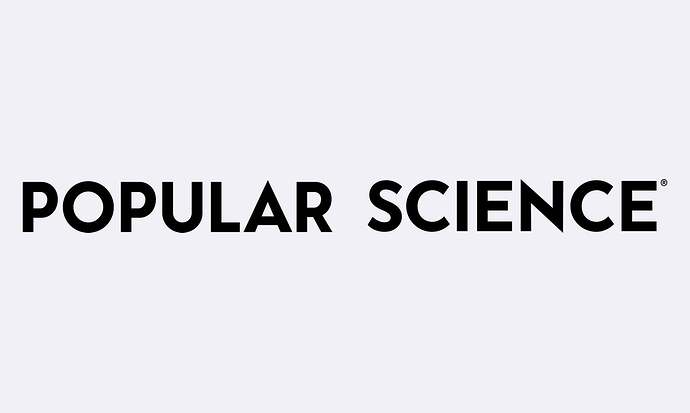 basically using it as sort of a high frequency indictions system
one minor diference was that this system was designed to destroy electronic circuitry!

and it did quite a good jop of it too!!!

to transmit power wirelesly it must be in an em wave. it is then rather easy to harnes that wave with a coill. the problem is that most electronics are coverd with coils, that dont like to have lots of current pumping through them

so to get any decent power you have a low power field and a rather dense coil. like say, for a laptop, the size of the screen. you could then mold it to the bottom of the case.
if you cant get enough power from that you could put in an itemediary circuit to store up the power in some caps and charge the battery when its off. sort of a trickle charge system