The name spacedude is kinda lame but that’s just the working title.

Anyway, just thought I would contribute some ideas here rather then just comments. I’ve always wanted to do some art toy/figure and just whipped this up to get an idea of the viability.

So a basic run down

The next step, instead of having someone/myself sculpt it I’m going to look into have it rapid prototyped. Then use that in casting the mold.

At the moment I’m not all that stoked on the figure, however it is a WIP.

Almost there but not quite. Colourway just for fun.

He kind of reminds me a bit of the robot from the movie “The Black Hole”, just somehow in the personality of it… that’s some 1979 for you: 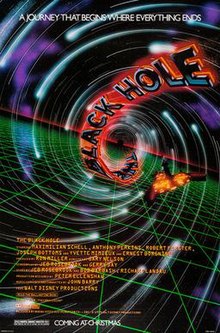 The Black Hole is a 1979 American science fiction film directed by Gary Nelson and produced by Walt Disney Productions. The film stars Maximilian Schell, Robert Forster, Joseph Bottoms, Yvette Mimieux, Anthony Perkins and Ernest Borgnine, while the voices of the main robot characters are provided by Roddy McDowall and Slim Pickens (both uncredited). The music for the film was composed by John Barry. With a production budget of $20 million, plus another $6 million for advertising, it was at In th...

That’s hawt YO! I new that looked familiar.

I dig the bot, but I question the Darth Vader style belt. It may just be the way you colored it though. If you have them made, I’ll take two! Robots are the shiznit and that’s a fact!

Yeah- but maybe you could do a second pass on the hands and feet. They could be resolved with some more intentional forms

Yeah- but maybe you could do a second pass on the hands and feet. They could be resolved with some more intentional forms

I agree. It would be nice if the forms echoed the body and head design - nice and rounded. Maybe even soften the shape of the bellows so the contrast between forms isn’t so stark.

I love the body, head, and back jetpack. Tray and bring that cleanliness & simplicity into the rest of the elements…

Thanks everyone for the input! Hopefully I’ll be able to get to finishing it next week, after the paying gig slows down a bit.