While involved with a project, I’ve become aware of what appears to be a code that is embossed around the perimeter of virtually every wine bottle I have looked at. It is a series of low bumps and spaces reminiscent of Morse Code.

Is anyone familiar with these markings? Since the name of the bottle-manufacturer is not on wine bottles is it coded information? I’ve compared bottles out of the same vintners case, and while there were several duplicates, not all of the bottles carried the same “code”. Is it used by automated filling equipment? I don’t read Braille, but I’m guessing it isn’t… 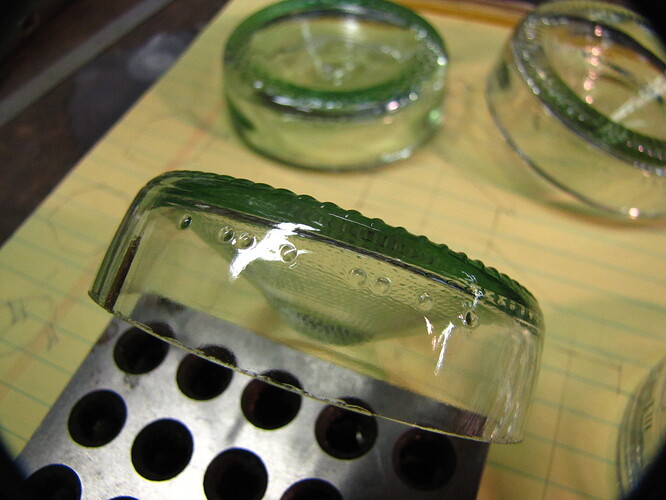 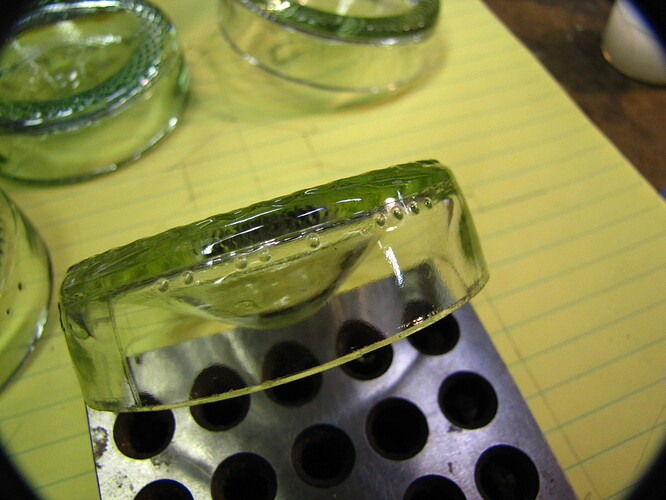 hmmm… never notieced that. I’d guess filling or labeling. Just heading out to the liquor store now. Will do some reconnaissance.

Maybe the dots are there to number the mold cavity for bottle QC?

Think it must be filling or labelling. Seems that one brand/type had all the same code and different from another type that had the same looking bottle from the same brand. From what I could see looking at a few random samples…

Surprisingly little information. All that seems to come up “bump” or “dot” is the depression on the bottom of the bottle (the punt).

I was just curious, nothing to loose sleep over. There are a number of wineries in San Luis Obispo county, I’ll stop by some afternoon and ask someone.

According to one of my classmates who worked at Owen-Illinois. The bumps are to indicate the mold number so incase there is a defect they can track it.

I am going to guess that R is correct. Looks like to me that this is a coding system for the filling line our maybe some sort of category management. Proper bottles for proper wine. This is just a guess so I could be wrong.

I’m dying for an answer. I’ve always been fascinated by those bumps.

It would be interesting if thoose dots controlled the level it’s filled, but I’d guess the amt is controlled by the filling machines (750 ml for example)

I’m going to go for mold code on another review. I make my own wine and some of the empty bottles they provide (some not) also have the bumps, so I’d guess not specific to a manufacturer or filler.

I asked the question of my friend at Saverglass http://www.saverglass.com. He told me he has asked the same question of his engineers and has been told that it indicates the mold cavity number. He also told me that Saverglass considers it ugly and marks the cavity inside the punt. Saverglass produce an extraordinary product.

As has been said above, it’s a binary marker indicating mould cavity.

Indexing indents look different (like a ‘pinch’ of sorts) to make sure the label is in the right spot.

According to one of my classmates who worked at Owen-Illinois. The bumps are to indicate the mold number so incase there is a defect they can track it.

This is correct. The glass is from O-I. These bumps can be found on other glass products they make as well such as beer bottles. 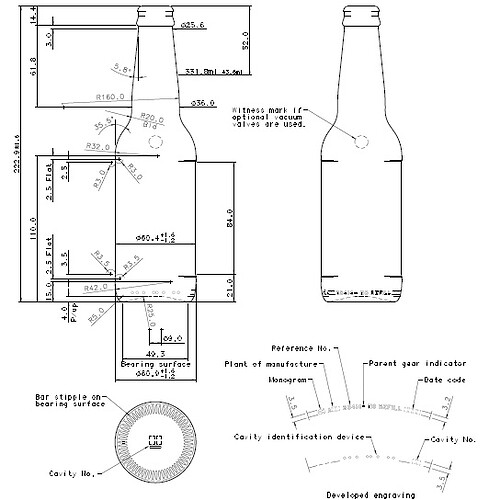 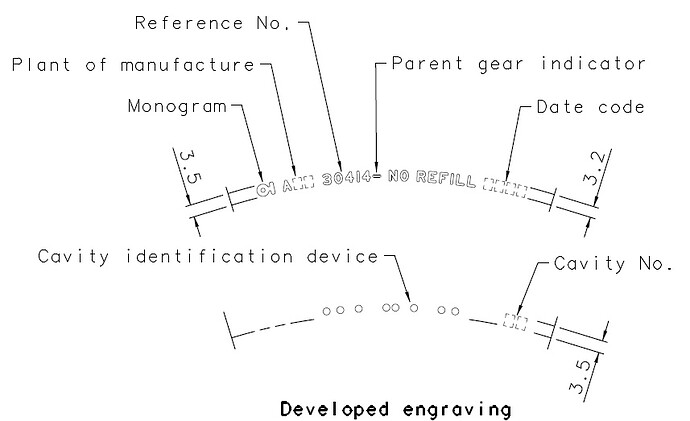 Nice find!! I think we can put this one to bed.

I think we can put this one to bed.

Or, at least, stick a cork in it; even if it does look like a beer bottle… .

busted - it is a beer bottle spec, but I figured it was close enough

I lost sleep last night fretting about the redundant “identifiers”: “Cavity No.” and “Cavity Identification Device”
What does the “device” identify? The confusion. The doubt. My God, will it never end? 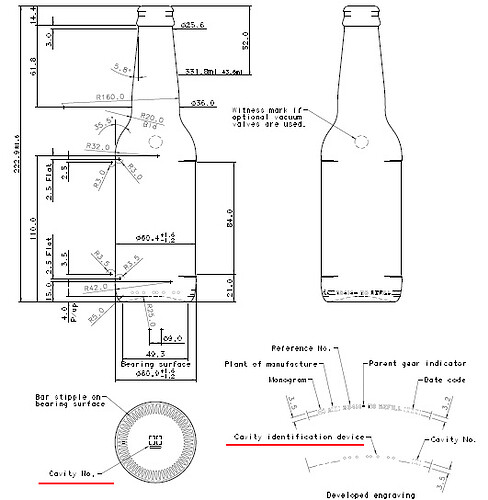 I was actually really curious about the features on the side of the bottle… is it for the label to have a slight recess? or for it to roll into the processing machines?

very disappointingly, there doesn’t seem to be any information about the inner volume dimensions, or even the wall thickness, which is why I dug this drawing up in the first place! I need to fit something inside