If you have a minute, check out the Wikipedia entry for ID. I think that the two pictures are especially interesting choices.

What’s funny is that I checked this EXACTLY this week … Somebody definitively got to take care of this!

With so many people not knowing what we do the least would be to have a decent wiki article!

It is pretty easy to edit the article and the images but before on of us does that I think that there is something to be gained from seeing it as it stands today.

Not only are the images a little misleading, but the article is dry as heck. We get paid to envision how things could be, and then to shepherd that vision into some form of production. I think the text could reflect that a bit more.

that hanger chair is more of an example of droog. Anyway wikipedia is a wiki so change it if you careidare… someone is lible to change it back or to something else.

I wonder if there is a definition to ‘wikiwars’ where items get added changed and taken out only to get added again.

I like the part about… in between artist and engineer. thats funny.

Whoa, someone please change that.

Wow that is dry!! I am guessing by the way that was written it was done by an Engineer. I personally like the breakdown of the design process and the definition of “design”.

oh that chair…
what images would work better as examples of industrial design products??

i nominate an eames ply - chair… maybe one of these: 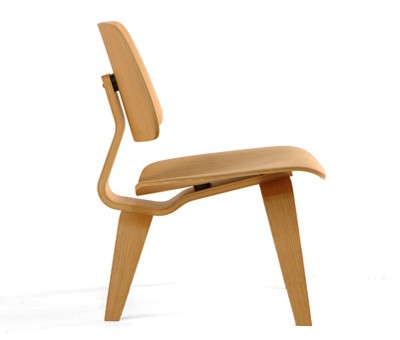 Someone should put the classic apple iPod in that wiki.
But try not to promote the brand, but the design itself… saying something along the lines that ID’ers try to simplify consumer products such as the ipod (theoretically speaking) and since it’s basically known all over the place people will easily identify with the product and its relevance to Industrial Design. Please.

I am surprised no one changed that dorky chair yet.

“Industrial design is rapidly becoming an obsolete term as ‘products’ can now be industrially produced as ‘one-offs’ by the use of rapid prototyping machines.”

Whoever wrote this entry is an idiot. Here’s another gem;

“In a post-industrial era and with the emergence of strategic design definitions such as this are incumbering designers and the advancement of design practice.”

Last time I checked, rapid prototyping helps designers, and “one-offs” are nothing more than a fine artists calling themselves a designer.

Tallboy, sounds like you need to have a drink and come up with a rough draft for how this should read. Maybe a few could write some drafts so we could cobble up a decent entry.

I don’t think the term Industrial will go away anytime soon, but I do see the disciplines fo design melding together much more into just DESIGN. Frequently one designer will be be called on to do ID, GD, XD. Interior Design and more. Industrial or product design I think will become a subset of skills in a DESIGNER’s toolbox.

Why am I somehow there is a salon somewhere titled “Hairchitects”?

If not, there should be

An architect is a licensed individual who leads a design team in the planning and design of buildings and participates in oversight of building construction. The word “architect” comes from Latin architectus, which in turn derives from Greek arkhitekton (arkhi, chief + tekton, builder")[1]. In its broadest sense, an architect is a person who translates a user’s requirements into a built environment.

As vague as the word “design” becomes, I see the intelligent in the make of the word “architect”. No question, it is the chief builder.

Funny…all this talk and the entry remains mostly the same. I don’t know if this says something about people (you and me) or Wikipedia…

Just shows how distorted Wikipedia can be…kinda freaks me out how easy it is to accept what is ‘printed’ especially from those who aren’t experts and are by definition trying to learn about something.

don’t forget…google ID and the first result is Wikipedia…the second is core77.