Why do you post on the C77 discussion boards?

Hey everyone. Jon started an interesting conversation down in the moderators only discussion forum and we thought it might be fun to set up a mirror discussion here. He asked what keeps us posting?

I’ll kick it off with my answer:

For me it is a number of factors:

I’m actually somewhat sad that my longest history (IIRC) on the forums has somehow been lost. I recall I posted my 3rd year design major project here in some form circa 1998/9 I’m guessing. I have no idea if I had a different username or login, or it was a different version of the forums. As far as I can see the core admin member only goes back to 2003…

Anyhow, I post for a variety of reasons, most pretty similar to Michael (Yo)-

In no particular order:

Entertainment Value: I get a kick out of the personalities here and some of the sometimes incredibly geeked out topics arguing over, in some cases, the minutiae of product design. Apple product discussions are particularly amusing to me, nerds! And, I suppose, to provide entertainment value for others. I’ve been chewed once or twice by the mods for cracking a joke or making one word or one image posts, but generally I see a tolerance for on-topic humor, which is fun.

Diverse Perspectives: I read C77 about 10x more than I post, but I appreciate that people open up, share their experiences, challenge others, and drive deeper discussions. Over the years this has helped me understand the perspectives of others in my work life, and helped me to challenge perceptions.

Advice & Sharing: I like to give back and share my experiences and how I’ve managed them as well as read how others in similar situations have managed them. It is great when people share the results of following the advice here and watching them succeed. I don’t share as much of my work as I suppose I could though, but that’s the price I pay for the anonymity.

Connectivity and Affirmation: Like Yo, I appreciate the community, and while I work with 12 other designers, it is really good to tap into discussions with other creatives working in other facets of design. As far as affirmation, well I guess that’s a sanity check thing for me based on some of what I have to deal with in my current job. My marching orders are often in direct conflict with best practices in design leadership, but I find a continuity here that reminds me to keep doing what is right for design and my creative staff, and so I believe this will benefit me later in my career.

Glib answer #1: if I’m going to distract myself with something on the www it might as well be somewhat interactive, instructive, and “forward-leaning”.

I’m actually somewhat sad that my longest history (IIRC) on the forums has somehow been lost. I recall I posted my 3rd year design major project here in some form circa 1998/9 I’m guessing. I have no idea if I had a different username or login, or it was a different version of the forums. As far as I can see the core admin member only goes back to 2003…

Richard, we did switch to a different system in 2003. The old system was archived for a long time, but I don’t see it anymore. Not sure if that old system just went completely away or what…

Glib answer #1: if I’m going to distract myself with something on the www it might as well be somewhat interactive, instructive, and “forward-leaning”.

So productive procrastination of sorts

It is a form of networking that makes sense to me, even though geographically I am a long way away from most on the forum.

It shows me what quality of work is expected internationally.

It is a good way to get questions answered.

I think initially I came here to see other’s work. Since then it has become a place to ask questions and hopefully absorb some of the social/cultural elements of being an industrial designer. Maybe it will help me network at some point too.

This board has always been a way of getting information and being able to share learnings and experiences that I wish someone had told me before I graduated. It’s always been a great way of picking up news and stories that aren’t necessarily front page Core material. These days, the amount of time I spend on the front page vs the forums is probably around 5% front page/95% boards.

My reasons, in no particular order.

It allows me to keep a general eye on what is happening in the world of design. This, and a few other blogs (see recent “which blogs do you visit” thread) are now my default resource for general design awareness. I then add relevant sites to my Chrome bookmarks which are synced and over-anally archived over my home and work computers!

As mentioned by a previous poster, there are only a few sites I surf for pleasure, so if one of them is related to my job, and therefore my pay-cheque, then great!

I love debate and discussion of any kind, so design-centred ones are of particular interest.

I love seeing other people’s work, and it inspiring mine, and me, to constantly aim for a higher level.

I like being able to feedback on people’s work when asked. I also enjoy feedback on mine.

Richard: knock yourself out buddy:

mo-i: Oppps…I guess they have been dumped into the memory hole.

Because it’s the best place to have a debate with other designers - other places - I’m thinking Linked In, have so much shameless self promotion, that many of the debates (if you can call them that), have little value.

Here, people read and understand the questions and we have honest discussions as opposed to, ‘pick me! me! me! I’m the best!’

I’ve gained so much from being a member here and I often point new designers in the direction of these boards.

Because it’s impossible to leave. I tried once after having read back one too many of my often inane comments , but I couldn’t find any exit. Consequently the drivel continues. I do enjoy the wealth of knowledge and opinion expressed here though I should add!

Thanks everyone for posting about their experiences. Your reasons mirrored the ones we expressed as moderators. So glad we each derive some value from this small corner of the Internet…

Wallflower, I feel the same about my own posts most of the time… Doesn’t seem to slow me down though!

Shoenista, I feel the same about linkedIn. Something about it feeling like a giant resume. It is too formal.

I found Core77 during right before my senior year in high school. I remember researching how I could become a footwear (soccer boots specifically) designer and stumbled onto the site and forum. It was a wealth of knowledge and I sucked up as much as I could about school choices and how to prepare for ID in college. The wealth of information and willingness of people give it out was invaluable at that time as I had no other way of looking into the ID world.

After I got into school, I saw it as a great way to keep up the design discussion outside of the studio world. Also was a great way to get more feedback on my school projects. Seriously I tell every underclassmen that ask for advice to start posting on the Core77 boards. (sadly only a few have ever taken me up on the advice) It’s crazy how little student use the boards. You’ve got access to great designers that are willing to give you feedback, you just have to put yourself out there.

I used to post a lot (full self-realization!), and this is my first post in maybe months. There used to be a time when I had a tab bit of downtime during my day to quickly look and post, but now I just churn out work like a machine. I just like being apart of the discussion. It feels like a little community.

Maybe you will see me around again soon.

When I was in college I never really perused the site much. After I graduated started following this site a lot and although I have yet to post any of my work, which I will in time, I found the critiques from other designers to help me realize what skills I need to have to get where I want to be. Opportunities came along that allowed me to build my skills and I would say just from reading the advice of the people on the site, my creativity and work is leaps and bounds better than where I was at when I graduated, as it should be. It is great that students have an outlet outside of school to have their work critiqued by professionals, of all levels, from an outside point of view, something I wish I had done when I was in school.

Thought you guys would appreciate the write up the editorial staff put together on this topic and a few others: Forum Frenzy: Why Do You Post on the Discussion Boards (and What the Hell Is Industrial Design Anyway)? - Core77

Thank you again for all your past, present, and future contributions everyone! 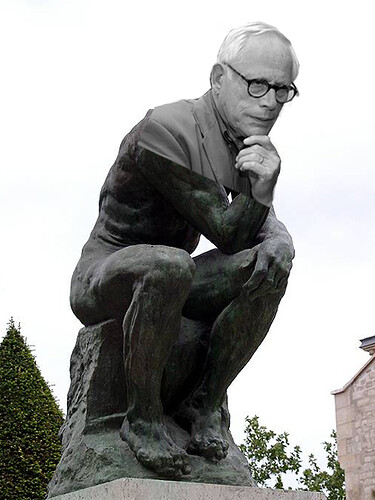