I’m being completely serious when I ask this question: Why do so many industrial designers have an obsession with drawing cars?

Every time I open someone’s sketchbook it’s always filled with tons of car sketches. The Core77 forums seem predominately taken up by slicked out car renderings. This phenomena has been baffling me forever so I really want to know: If you do, why do you draw cars? Is it something inherent in a car’s geometry that makes it fun to draw? Is it because cars are more relatable to people outside of design? Do you want to go into automotive design in the future? Is it just a gender thing?

In no way am I trying to say that sketching cars is bad; I’m just very curious.

I started drawing cars when I was about 9. I poured over my dad’s Motor Trend and Car&Driver magazines for days on end. To me, there was just something so cool about cars and drawing them was one way to learn more about them. Funny thing is I haven’t really drawn any cars in a long time. I just haven’t had the interest in it. I love seeing car sketches, and discussing automobiles and other forms of transportation, I just haven’t sketched any cars in years.

I don’t think it’s too much of a gender thing, although it could be. I think it just happens to be a common interest. Every year model is like a fashion show, except we see concepts well before the actual product. There’s a certain mystique to the auto industry, in that something you design will be seen and used by so many people. Of course the same can be said for footwear or consumer electronics. But, I certainly don’t think that’s a bad thing.

Agreed - in fact I’m a massive proponent of JH Crawford (http://www.carfree.com) and his much referenced “A Pattern Language” - I want to get rid of cars.

The trouble is they’re so cheap, thats because tens thousands of people have spent so much time trying to make them better. As a stand alone machine they work great, as a system they’re hopeless - I just wish they weren’t the focus of so much time and energy.

I like to draw cars because they are incredibly complex. They are extremely difficult to draw well. To be able to draw a car properly, in perspective, and proportionally accurate, is very very hard to do. If you can draw a car well, odds are you will be able to draw anything else. Cars also have highly complex forms which makes them challenging and interesting to draw as well.

but still, since getting into transportation design seems to me like a (at best) 50-50 chance, i would still be very happy with a “regular” ID job, medical engineering stuff, product, facility or furnituredesign and the like .


drawing cars only it can be dangerous that one only sticks to the sculptural approach of only wanting to design some uber-aesthetic, eye-pleasing volume and the like - the ability to think about specific functions and problemsolving might decrease and the result can be extremely beautiful but ethically and economically totally irrelevant in terms of todays society’s needs.
ppl might actually buy it because it looks so awesome, but it would be irresponsible considering a (n ideal) designers moral code.


another thing is that one should understand the current state of play and then start thinking further, making the system better .

or as i like to say (warning, generic box metaphor) :

“before we start to think out of the box, we should be able to draw the box correctly in perspective and shade it .”

Vehicles are an incredible system of products. A rim is a product, a steering wheel in itself is a design project. If you can get to a decent level designing vehicles (not just drawing them, but really thinking through SOME of the products contained within) sketching out an iPod speaker seems pretty manageable in comparison. I think if you can visually communicate vehicles an people with efficiency, you are doing pretty well.

Cars are objects of desire. They all work relatively well, what draws us to them (no pun intended) is an emotional factor that is much more on the surface than other product types. They are accessible enough to stretch your imagination into owning onw, and expensive enough to have to make your choice very carefully.

Personally, I love to sketch everything. If you want to truly challenge the car issue, put up 100 sketches of non vehicle products. Images are a lot stronger than words. “Be the change you wish to see in the world” or however that goes.

it’s the manly thing to do. it’s the epitome of sketching abilities (to draw a really sick car/vehicle). and also they’re sweet to look at / do.

I am an Industrial Designer and like drawing cars to warm up, kind of like shooting 3 pointers, foul shots, or hot dog dribbling in b-ball before a game.

Personally, I like sketching cartoons and fun stuff that captures personality and makes people laugh, when I am not designing products of course. 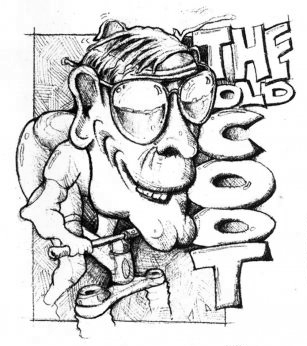 I think a lot of it is that cars are an obsession of just people everywhere, you subconsciously judge people by the car they drive. It has become such an integrated status symbol it just comes out when we sketch.

I never drew cars or had any interest in car design until a few months ago when I focused on filling up my sketchbook and needed some subject material. For this purpose I found cars work really well. As some other people said, they can have very complex geometry along with very subtle curves and proportions. At first I found it really challenging to draw something off the top of my head that looked ‘right’. Drawing them made me look more closely at the differences in car styles and details that you see everyday. Basically I think they are just very good sketching practice and that is why they are something of a standard.

All of that said, I wouldn’t want to be a car designer and I really disagree with the culture of cars. That is no reason not to practice drawing them. In fact, now that I am coming through that phase I have been doing more thoughtful drawings of transportation that I think could work better, or what I wish cars were more like.

I draw everything, but cars are a life long passion. When the world is populated with whatever is next I will have a garage full of things that Sterling Moss wish’s he could have driven. Also you can take a heritage item and make if fit a modern view.

I also love driving, racing, and building cars too.