who has super pc?

Would you guys/gals tell us what kind/brand/or Powered up PC you are using?
I’m curios who has the most powerful PC with the most fast graphic card
in their computer.
Thanks

Some good renderers use CPU to calculate instead of graphic cards… the free POVRAY(my first and dear raytracer) is a fine example.

because the graphic card makes things move faster and show up
details on texture render, quick render and light and reflection render
in ALIAS.
CPU itself without a good card will just crush very often.

works pretty good for 3d work and games too javascript:emoticon(‘:P’)

Some good renderers use CPU to calculate instead of graphic cards… the free POVRAY(my first and dear raytracer) is a fine example.

All renderers use the CPU, not the graphics card (GPU.)
Graphics cards are for realtime manipulation and evaluation. (3D wireframe & quickshade.)

Rhino is a rare example of a 3D app designed for realtime via CPU rather than GPU, but that’s only because they were targeting the low-end market in their first versions.

As for PC’s, mine is homebuilt but I’m lagging performance-wise w/a GeForce3 and AMD XP. Storage is where it’s at: I’m at about 750Gb.

<Bryan, I like your dog toys. Very simple and cool> 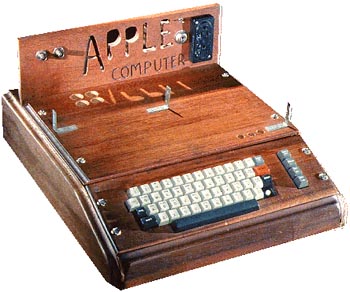 The story of the development of the Apple 1 has became a ''legend''. Here's how it goes: Steve Wozniak, was working for Hewlett-Packard at the time, wanted to build his own computer. He couldn't afford the I...

This was my baby: 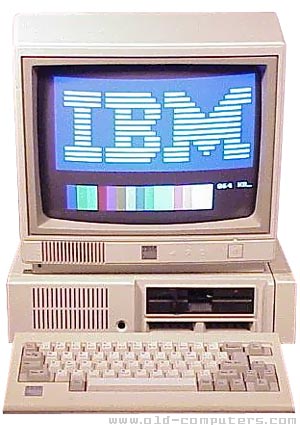 IBM PCjr. 1983
Cartridge Basic and a wireless keyboard and a floppy to boot DOS. Sweet.

I don’t think they ship Autostudio in cartridge though…

I recently got an HP pavilion zd 7000 17inch (laptop)
Great buy for the price ($1200). I got the base unit with few upgrades. Recent college grad with not a lot of disposible income.
Running Alias 10 with little to no problems.
Also for a PC it has better style than most (thanks Teague).
The graphics card is not listed by alias as an excepted card but I have been running some heavey modeling and rendering with no problem. My laptop actually performs better than my comp at work? go figure.

So if you are looking to get a new computer I have been very happy with mine.

I am getting a new Alienware Aurora that is all tricked out. Bye, bye IBM ZPro

Nope my alienware PC has not arrived yet. They seem to be taking there time. I gave them a break as they are in Florida, and had to deal with hurricanes but this is getting ridiculous. As far as specs they are:

I don’t like the sound of an ‘alien inspection’ but hey, at least it was free.

Timf, the ABIT is a regular AGP mobo right (so hard to keep up)? i was reading about PCI Express and hearing about NVidia 6600 series. nice specs at half 6800 price. but no 6600 AGP yet. and AGP 8x is so underused wondering if PCI Express is worth the move. been hedging for a few months now waiting on it anyway. but waiting for introduction to push down AGP prices.

please keep us updated. would like to hear how it runs.