Where do you get inspiration?

So I’ve been working on my portfolio for college. I’ve been churning out some decent sketches, but somedays, I just can’t come up with anything.
Where do you guys find inspiration? How should I avoid getting “designer’s block”? Sometimes, I sit there and don’t know how to start or where to start.

So this is for a college application?

It might help you to frame your sketch and design work around an already established design language.
Pick a company or brand you like and you might find could use an update or branch out into a new product segment.
Try identifying the elements that make that brand specifically that brand and use these to package your own ideas.

I would also include a short summery of your findings in the portfolio, it shows you are observant, analytical and you are doing your research.

This way you have a starting point.
From there it could lead you anywhere as long as you are open.

This said, it really is about getting going. I ideas will come. From where? Nobody knows. With the risk of sounding a bit cheesy, I am quoting Mark Twain: “The secret of getting ahead is getting started.” Good luck

Pinterest! I’ve found it to be an absolute god send for inspiration - whether that’s for new ideas, sketch layout, etc.

Tumblr can be a great resource for interesting visual ideas. …and because most stuff is “reblogged”, you can find a lot of other tumblrs connected to ones you like. Here’s a potential starting point - http://otakugangsta.com/

I usually keep a folder on my dropbox that I save inspirational images in, many from tumblr’s, blogs and the like. It has come in handy a few times. Sometimes you find a goldmine of something you’re really into. I remember seeing a link in one blog to another that was full of 80’s concept car interiors - something I find generally inspiring even though I don’t do transportation stuff. I tucked away quite a few of those.

My first year as a student I really struggled with coming up with stuff. I had a year long creative block if you will, and it’s something that I still am constantly trying to improve upon. Something I do all the time is just look at good work, see what is out there, and I have found that the more and more stuff I look at the less likely my creativity is going to fall flat. Every once in a while I’ll spend an entire day just looking for stuff that I find cool or inspiring and then save it into a folder to reference.

I have found the Feng Zhu and Scott Robertson youtube channels to be the most helpful and inspiring. Feng Zhu puts things into a really great perspective and has some awesome techniques for coming up with forms/concepts without having to put in the grunt work.

I enjoy sites that have a little bit more than just industrial/product design. I find that viewing graphic design, photography, and architecture mixed in with product design posts really stretches my imagination and gives me more sources for inspiration. I frequent sites like ffffound.com and http://www.iainclaridge.co.uk/blog/ as they have exactly this. As was previously stated, otakugangsta is also a great site, many forms within the details if you’re willing to look.

I save inspirational images using Evernote. I’ve got several years worth of inspiration there.

I enjoy actually getting up off my butt and into the world. Don’t look for inspiration on a screen. Get out there, observe people, go to a rock concert, see a movie, go to a museum, have a conversation with someone you know you will disagree with, go on a hike, go to the beach, have a drink on a rooftop bar, babysit a friends kid, go to a basketball game, go to an opening at an art gallery, see a stand up comedian, go to a mall… keep your phone in your pocket, but bring a sketchbook and just really observe people, places, and things and how they all mesh together.

If you want to see new things, you don’t have to go to new places (or websites), you have to see in new ways. 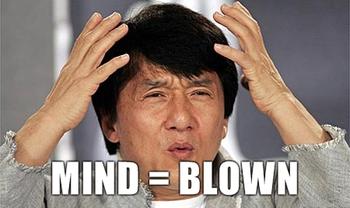 My pop psychology understanding of creativity is that it is two things:

To make connections, you need to read widely, and by read I mean read but also do lots of things (like what Yo said). The more stuff that is in your head means you have more stuff to generate ideas. Most idea generating techniques are variations of mixing disparate concepts.

How To Be Prolific: Guidelines For Getting It Done From Joss Whedon

The writer-producer-director who made Much Ado About Nothing while editing The Avengers, and who’ll return to TV this fall with Agents of S.H.I.E.L.D., knows a bit about “getting things done.” In fact, he cites David Allen’s book of that title as an...

Also, you need to work at it by doing it, forcing yourself to do it. Just putting a pen to paper will give you something at least to come back to, even if it’s shit or a false start or whatever. I’ve read lots of writers saying the best way out of writers block is just to write down anything, and slowly the juices will flow.

I like this to pick me up when I’m struggling http://www.brainpickings.org/ is a pretty good blog about creativity and motivation, and has a pretty good twitter feed.

I think a lot of people view creativity as something innate, which you have but can’t control: 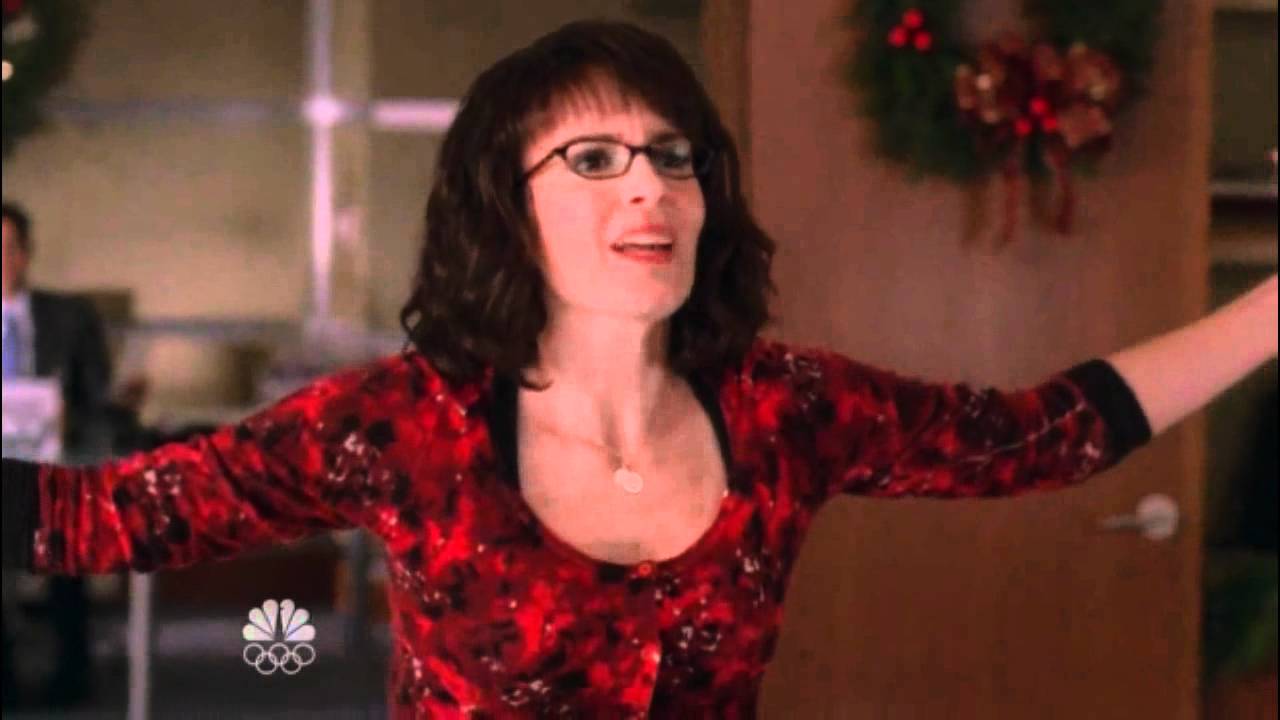 I enjoy actually getting up off my butt and into the world. Don’t look for inspiration on a screen. Get out there, observe people, go to a rock concert, see a movie, go to a museum, have a conversation with someone you know you will disagree with, go on a hike, go to the beach, have a drink on a rooftop bar, babysit a friends kid, go to a basketball game, go to an opening at an art gallery, see a stand up comedian, go to a mall… keep your phone in your pocket, but bring a sketchbook and just really observe people, places, and things and how they all mesh together.

If you want to see new things, you don’t have to go to new places (or websites), you have to see in new ways.

YO nailed it. Sometimes you can’t just seek inspiration or get inspired on command while sitting at your desk. Sometimes inspiration comes to you via recall from a previous experience. Like YO says you just have to go out and live (and hopefully absorb).

If you have an infant (or can babysit for a few days) you can learn so much about ergo, useability, cleanliness, kid-safe, chemcial-free materials, dishwasher safe, laundry safe, etc. Better yet go travel with an infant. Ever try installing a car seat at a rental car company at the airport when you arrive 11pm at night? how about collapsing your stroller right before you step into the plane while holding a baby, milk bottle, diaper bags, and pulling a carry-on?

Go traveling and meet people is an obvious one.

Other things I personally found helpful (from directly interacting with tools and products):

I really have to get away. I get the most inspired to get back and work on stuff when I’m hiking and camping with no distractions. Its only then that things gel - which I suppose is “inspiration”.

In addition to the above great advice, I like to draw on what I call ghetto inspiration. For example, a sweet fan in a hotel room, a 30 year old picnic table color or truck, a mass-market product that never got design keynotes (off the top of my head, the notched rectangle language on the Nintendo Wii). Random things that aren’t on the A-list of blogs or that might be mocked if put on an inspiration board, but nevertheless coincide with current trends or remixes of trends.

Usually on a hard ride (bicycle).

It is just my form of meditation. My best ideas come when I am not thinking about it.

Usually on a hard ride (bicycle).

It is just my form of meditation. My best ideas come when I am not thinking about it.

I’m right there with you but mine is highway driving!

Yo is right about watching a friends kid. A former GF has an seven year old and we built a chicken coop together this summer. It was a really good experience. But just talking with kids, can be very illuminating, and if you want them to sit down and be calm just sketch for them. I’d do that for k-12 when I use to substitute teach, principals would think something was wrong the class would be so silent.

Anyway, I also go swim laps, do types of yoga, or go for a bike ride (zone out). But I never work to hard on finding inspiration. Rather I’ll just jot down any and all variations on a theme that come to me. Watching videos of users doing stuff or looking at moodboards over and over again is also good to see more and more ways of how not to do something.

I like the advice about getting up and generally, just living an enjoyable, observant life. Some really good product designers I’ve met never studied product design and can’t tell you what “Industrial Design” is, but they’ve invented or attempted to market products that they deeply understood were needed for niche (but not necessarily small) markets. It was from observation of the things they enjoy doing that brought about good design. Sometimes design can seem like a hobby in itself but it’s good to live beyond that.