When/where do you wished you lived?

Not getting to much into Karma or anything, but have you ever felt you belonged in another time/place?

For me, I can see myself in a Design studio of some type in NYC in the 1960’s, Mad Men style. Maybe just watching too much TV, but I have always had an attraction to the past, the power of design in that era and the optimism of the age.

I don’t get the feeling I belong(ed) in another era. I’m pretty comfy here and now.

As for another place. I love where I live, but I am drawn back to Africa. One day I will be back there again for something…work…life…something…

I like the present, but the future is always nice. And a larger more liberal city with solid public transit (Chicago?). I loved living in Europe with my family and on my own, I’d love to move back and wouldn’t be too picky.

A few years ago I kept having a reoccurring dream that I was a serf in a medieval town in France. Very bizarre and realistic. Maybe I was yearning for a simpler lifestyle at the time.

Cali coast, somewhere between Santa Barbara and San Fran. Something like Santa Cruz perhaps.
Australia seems nice too, but I’ve never been over yet.

I dislike most movies about the past, or distant future. If I had a gun to my head I’d pick the 70s, but if not I’m pretty content with 2011.

Some years ago a girl told me: “You’re quiete the Renaissance man.”

That has a broad meaning (context), but in fact my soul feels connected
to times and places that are remembered for their optimism and vibrant
life.

I can imagine myself in times of the european renaissance, but what comes
closest for me are the 1920ies and 1960ies. I am alway amazed to find new
outlooks at the future from the past.

When I was a boy and used to scribble a lot I even dreamed up alternate
futures starting somewhere in the 1960ies. And I know, that my style as a
designer was influenced by art deco and 60ies futurism much more than
anything else.

I’d love just having the ability to time travel in general, but if I had to pick one time/place to go to, it would be the US circa 1800. I think I would love to see what this country was in it’s infancy and then make the great journey west and check out the frontier with my own eyes.

Another option would be to behold the Roman empire at it’s peak - that would be an eye-opener too I think!

Great topic by the way!

I think it would be amazing to have lived in the 1890’s. Perhaps even more amazing than living now.

But in many ways I feel fortunate to have been born in the early 1970’s since I’ve literally grown up with the personal computing revolution. For me it’s a perfect intersection of time, location, technology, interest and employment. And although my generation will never own as much property as our ancestors, we live a more comfortable life.

I’m with cg. I feel like we’ve seen some pretty acing things, and I’m very curious how the next couple of decades are going to pan out.

I will say it must have been amazing to have been born in the 19-teens. To see the proliferation of re automobile, the airplane, space flight, the rebuilding of cities, the construction of monumental projects like the Hoover dam, of course you also would have had to survived the depression, WW2, suburbanization, urban riots…

Every time has its up and its down.

Some trying days, it would be appealing to live on a tropical island Robinson Caruso style with a group of good friends… a design challenge would be that anything we wanted had to be made from what we found

Mostly, I’m satisfied by 2010 though - in my 35 years I saw the information revolution and a lot of interesting changes in the world, and am excited to see what’s next on the horizon. Living in the past seems uncomfortable, and jumping into the future seems a little like reading the end of a book before you finish

After some traveling and living around central europe, ive grown to love it. I’d probably be able to live anywhere between northern italy to southern germany. Lakes, mountaines, hot summers, cold winters, excellent train-communication and the people are stupendous. Straightforward, thinkers and with some peculiar/interesting individuals too. (and the food&beer is just from amazingville…)

Other than that, Canada (any major city, but vancouver looks sooo inviting), Netherlands, Tokyo, Iceland, or some winterland in the United states. I cant imagine living in another time than now though. Detroit during the transportation boom would have been cool to see. Can’t even imagine the positive spirit there must have been.

I’d love to work with Lew in his coachbuilding company, however, I think I am right where I belong. I could also live in Wisconsin or Sweden. I’m anxious to see the future, but luckily, we all have a one-way ticket to see that!

For me, I can see myself in a Design studio of some type in NYC in the 1960’s, Mad Men style. Maybe just watching too much TV, but I have always had an attraction to the past, the power of design in that era and the optimism of the age…

you might be able to get that kind of experience south of the border… from what I’ve seen, the 2nd world countries going first world are full of optimism + you could take a nap on your office couch after a mid-day drink

Or if that happens to not be completely true, in places like Cuba, you’d at least have cars from that era 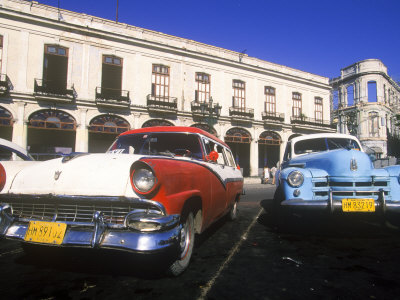 @björn i saw you did a semester or so in graz, i am pretty much from around there and share your thoughts about the area

right now i am probably not questioning myself about the when(i quite like this time) but thinking a lot of the where,
2010 has brought me some places, italy, france, germany, malaysia, indonesia, thailand, china to name the morst important ones.
I think there is always the right place for the right time. I would love to be in a city like shanghai or kuala lumpur or similiar for some years and the come back to good old europe, I see a lot of opportunities here and think that a lot is possible .

Never have I thought that I belonged in another time and place (not that I wouldn’t like to experience other eras and regions) but I have always been quite convinced that the place and time of which I am experiencing with all its opportunities and excitiement is exactly where I should be.

I’m curious to what the future holds. So let’s say 3010 in a place that isn’t a cesspool.