When minimalism goes too far

Hello all, thought we all could share pictures of products that might’ve gone too far into minimalism (or lack of basic design principles). Products that for the sake of aesthetics becomes a monument practically, something to just stare at. Found this fire extinguisher in the new Istanbul airport and couldn’t imagine how much time and effort would take to someone realize:
1-This is a fire extinguisher
2-How to use it

Hadn’t done any research and maybe this design has some feature that engages and stands out when a fire alarm is detected but I’m skeptic.
PS: sorry for the high glare at the picture. 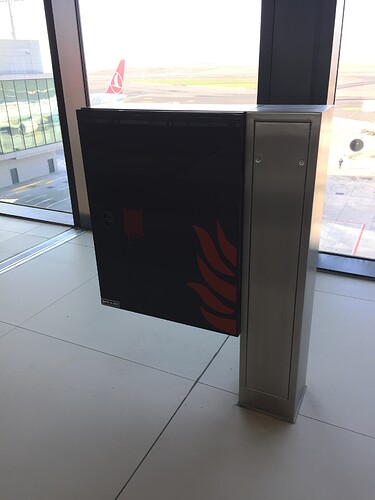 What airport is that in?

What airport is that in?

Wild. Some Experiential Graphic Designer had a fun time with that.

I’m slightly surprised at this, but not completely. A number of products seem to have moved past physical intuition for the sake of a minimal appearance. I got an Iphone 11 for work a little while ago, and, in my opinion, the physical interface is much harder to use than when it had a home button.

In saying that, most construction projects have strict building code requirements, a good number of which are driven by safety in the event of a fire/emergency, so the architect can’t usually just design whatever they want.

Do I have to open the box to get the extinguisher out? At the very least it should be bright red!

I’m all about minimal design, but I feel like I come across excessively minimal designs all the time… I know it’s not always true, but maybe tech design trends and touchscreen interfaces are driving hyper minimalism to some degree? Consumers and designers are getting used to products with no physical controls, protrusions, etc—less colored touch points, more sleek smooth surfaces that don’t necessarily indicate use in any way.

One example that comes to mind: It’s always amusing watching people attempt to use the original Coca-Cola Freestyle for the first time… Dumping ice in their cup over and over or spraying soda on their wrist. I particularly enjoy that it has a button that just says “Push” with no indication of what it does. Looks like the latest iteration tried help by moving the physical button further into line of sight and they added some more descriptive text 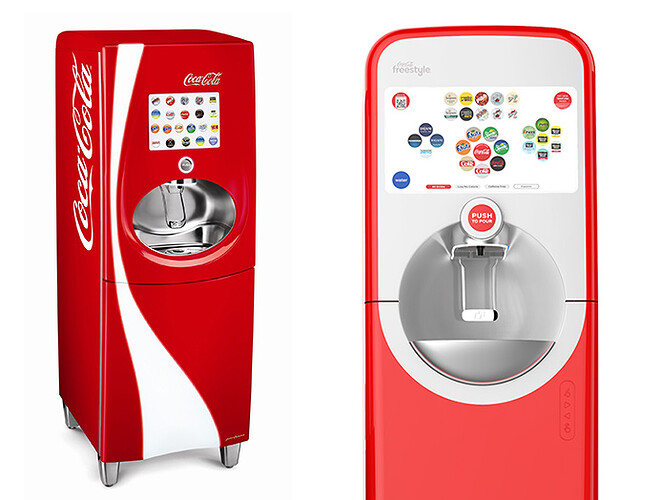 coke.jpg694×524 101 KB
I also think lots of digital interfaces are putting too much emphasis on clean visuals, to the point where users have to hunt for every control or watch a YouTube video to figure out how to change a setting. Even Gmail, which is pretty much ubiquitous, can be difficult to navigate. There are 4 or 5 places to hunt for user controls that are all tucked away in different corners and none of them have an indication of which features are behind which icon.

gmail interface.jpg1487×305 109 KB
Continuing along the digital line of thought, this article is a pretty interesting (and long) take on how intuitive use and usability is taking a backseat to aesthetics: 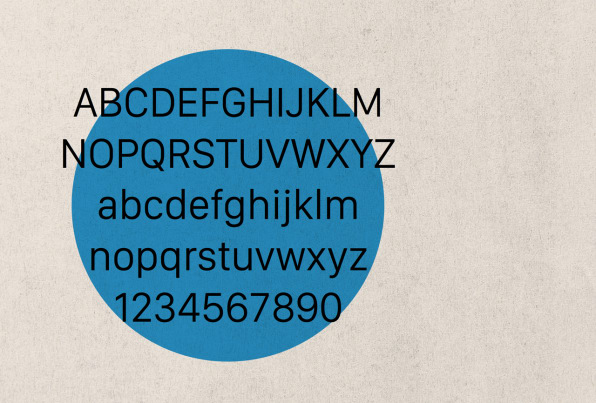 How Apple Is Giving Design A Bad Name

I saw this in a theatre in Montreal. They beautifully hid the paper towel behind the mirror. In fact, so well hidden that a janitor printed out “hand towels” on a P-touch and pasted it on the counter so that people knew where it was.

This is why Montreal is a UNESCO City of Design. 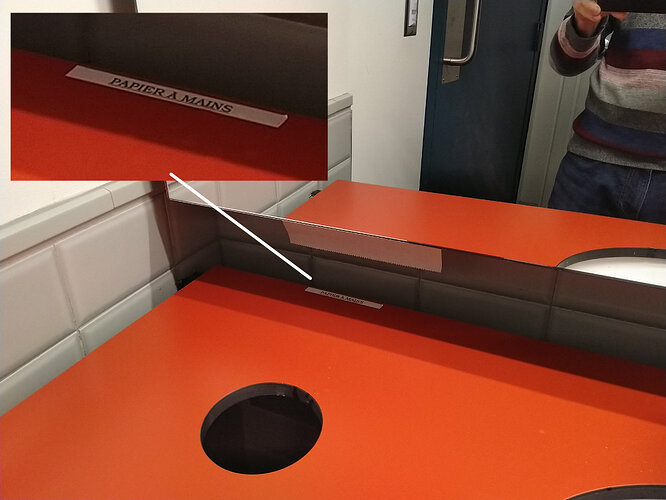 How Apple Is Giving Design A Bad Name

That’s a great article.
It reminds of of decades old principles including Discoverability, Feedback/Feedforward, Mental Models and Recovery.

For future UI design, what I take from it are 3 points: