I’m sure this topic has been discussed before, but I am curious about it.

What are you favorite/most inspiring design movies/documentaries?
Yes, most of us have seen objectified! But there must be a lot more than that.

Theres a great special by BBC called The Genius Of Design

Also any Eames Movie is great. Some examples you can find on Youtube: Tops, Power Of Ten, and Studio 901

The whole ‘Design Trilogy’ is amazing: Helvetica, Objectified and Urbanized. Even if you only work in one of these genres, all three are very well put together, interesting and inspirational.

Norman Foster - How much does this building way?

Very good - you can apply his thinking to many different aspects of design.

Not design but THE WYETHS: A FATHER AND HIS FAMILY is an amazing documentary!

I saw Helvetica and enjoyed it but didn’t know there were any more documentaries like that.

Why America is f**ked (graphically at least) 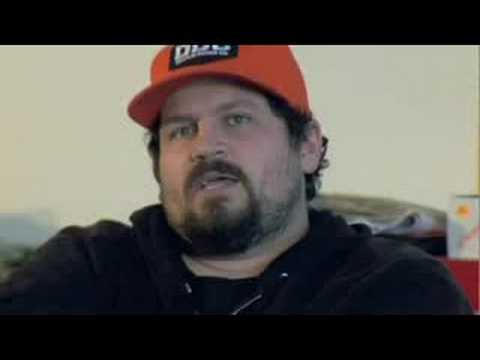 Someone embed if you can.

I’m with consider_motion - the BBC series called the Genius of Design is fantastic. My favourite by far is the one on design for war, which happens to be on youtube: BBC The Genius Of Design 3 of 5 Blueprints For War 2010 - YouTube

Apart from that, Objectified is a really interesting one to watch. Trailer is here: Objectified trailer - YouTube

Richard: An architect in Florida told me that the way to make the most money as an architect was to “design” strip malls. They just need an architect to sign off, the clients don’t complain much and the clients pay on time. Moreover, they are always building new ones.

On the other hand, actually designing a building to function well and look good is a very rare contract.

An architect in Florida told me that the way to make the most money as an architect was to “design” strip malls.

Which are, generally speaking, paid for by a municipal “Redevelopment Agencies” under the guise of eliminating blight, or upgrading a business district, etc. Which, generally speaking, is why occupancy rates can be so dismal. How many store fronts are vacant in the one near you?

But then, when the government is paying for your building, having a few vacancies isn’t too disconcerting … after all, it isn’t your investment that isn’t being returned. Our tax dollars at work…

Can’t that be said of anything? Great X requires great clients.

You can be the best designer in the world, but if you are working at a company making widgets for walmart, chances to do great stuff is probably far between.

One of the reasons I started my consultancy. I choose my clients. Probably do 10% of the projects that are pitched to me.

SoCal Architecture and photography: Visual Acoustics is worth a try: http://www.juliusshulmanfilm.com

Richard: Yes, it can be said for anything. I wish I could find a way to improve the ratio of great to bad clients…

Richard: Yes, it can be said for anything. I wish I could find a way to improve the ratio of great to bad clients…

Somewhat OT, but I’ve always been surprised by designer’s inability to recognize our power to say NO. A lot of design is what you don’t do. A lot of people want to have input on design. And while it is important to listen because good ideas can come from anywhere, it is even more important to filter and say no.

Yo: I think that comes from a combination of factors. Personally, I’m optimistic and I feel that I can improve any project that I’m on. Experience has softened this, but I still feel that way. It takes a lot of crap for me to realize that my involvement will not improve the project.

Second is economics. We have attained a certain point in our careers where we know that we are only a few phone calls from another job. However, there is always going to be young designers and struggling consultants with a pile of bills that do not have that luxury.

Lastly, I think many of us (including myself) are a bit soft. Bob Lutz kept emphasizing this in his book from a couple years ago. He kept describing designers as “gentle people”. I think there is a little truth in stereotypes. I think design attracts more introverts than marketing or entrepreneurs (ie our clients) does. So designers get drowned out in meetings and pushed around.

Not ‘design’ per say, but visual culture:

… are both spectacular documentaries and so worthy of watching.