What vehicle epitomizes the designer? Volvo 240!

Yes, I do know what I am talking about. My post was to Copyboy, not intended to you. No, I do not know that you have a Matrix. Did you know that I also own a VibeGT with a 6 speed? Yo, do you not know what the heck you are talking about?

“blaster do you know what the heck you are talking about? I have a matrix as well, that set up rots.”

Yo, what do you mean by “rots?” why would you buy a car that you didn’y like, is it the wife’s ride, please elaborate. if you have the GT (don’t know the toyo code, XR-S maybe) you could always back it up hard into a tree and do a motor swap with the spyder

thanks for clarifying the runabout thing, the mr2 website has a lot of different possabilities, I just went with the one that made sense to me. there aren’t a lot of spyder enthusiasts there so the issue was never cleared up. anyway, thanks, now I know for sure

My post was to Copyboy, not intended to you.

PM him then, out it in here, it’s open game.

The Matrix is Wifey’s car. The XR with a 5 speed, weezy as hell, and the gearing is all wrong, bad turn in, she likes it though.

I am always happy copyboy!

We can always spice it up by asking what product is better looking? The Vibe, or the Matrix?

They are the same car, so it is a mute point if it has a Pontiac or Toyota badge on it.

My post was to Copyboy, not intended to you. [/quote]

PM him then, out it in here, it’s open game.

The Matrix is Wifey’s car. The XR with a 5 speed, weezy as hell, and the gearing is all wrong, bad turn in, she likes it though.[/quote]


Sorry, let me rephrase, it was directed at him and he previous post. At the same time, it was for all to see.

Sorry that I did not know that you purchased a Matrix with the same basic motor as your Spyder. In that case, yes, that set up does “rot”. Why did you not get the cam lift motor and the 6 speed? That is the motor that should have been in the Spyder.

It wasn’t available the first year (when we got it), do you like it? I have read mixed reveiws on that set up but haven’t driven it. Probably better than the XR’s though I guess

I wanted to get a Mini S or at least a Mazda Protege 5 (seemed agil in my test drive) but the wike liked the space in the Matrix (and sorry but I can’t support the Pontiac… again (had a Sunfire, briefly, out of school))

I’d have to say, the vibe is 98% less of a pontiac than the sunfire. my dad has a pimp vibe gt with wheels that are almost dub in porportion. he also has a 93’ firbird formula V8 P.O.S. the door came unglued at 5,000 miles (quite funny)

Yo, you drove a sunfire? you killin’ me man

Toyota did not offer the cam lift motor/6 speed in the 03 Matrix?
My ( wife’s ) car is the first year VibeGT and has that motor/tranny set up.

I enjoy it, tires sucked stock. Now that it has better tires, it is great. It is not a full on sports car, but it has a good blend of sport, utility and $$ savings. That basic body ( wagon ) is what more people in the US need. It is fun when the motor lights up…

I can respect the Sunfire issue, at least it was not a Cav or Cimeron ( the low point for the General ). But any of those would be the same, right?

Back to point, the Vibe is the better looking of the two cars…

funny sunfire story, a buddy of mine in high school had one and stupified it with all kinds of RKsport crap (should have seen the fake dule-exhaust

). when he had it all donehe was telling me how much faster it was. the next day on the way to school I showed him what was up with my (oh-so-sweet) 87’ corolla FX-16 GT-S (from back when toyota was doing everything right)

As a big fan of Volvo’s and particularly the 240, I was very disappointed with the styling direction when Ford took over Volvo. It seemed like they were on a conversion course with the once ubiquitous Taurus. (By the way isn’t it wierd how few Tauruses are left on the road anymore? Where did they all go?) I thought they totally abandoned their boxy heritage and jumped the shark. I thought the same of VW with the new beatle. Saab also losing their Saabiness.

But I have to admit that the new Volvo models, particularly the wagon and suv hybrids are growing on me.

Didn’t realize that we all had to drive the same car. (Must have missed that memo… sorry)

Is the epitomy of an ideal design.

Look at the G35 Coupe Silver.

The vivacious curves, the simple lines, as they converge. Under her car cover in my garage, she is an ideal of design.

Yo, you drove a sunfire? you killin’ me man

It was a free hand me down, beggars can’t be choosers.

The ulitmate simple ride (it didn’t even have a fuses); but with an attitude. 1962-1966 Ford (English) Lotus-Cortina MkI.

If anyone sees one of these for sale anywhere in the UN, please let me know. I’m letting my age show; I drove mine while at Purdue ('69-'73) and have been trying to find another one for about fives years now.

I always thought of this as “the designer car”

for older Bimmers, I have to go with the Mk1 M3, that’s a sweet ride, obviously not as simple as a 2002 though. that and the M1 are neck and neck for my favorite BMW of all time 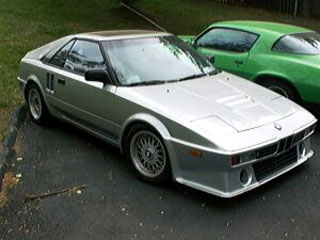 hate when people do that!
here’s the real M1

and of course every one should know this one

it may be an american phenomenon, but in Europe an old Volvo Estate doesn`t
say “designer”. It says “college teacher” preferably drama + geography. 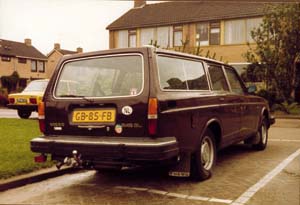 but this one oooozes style *** 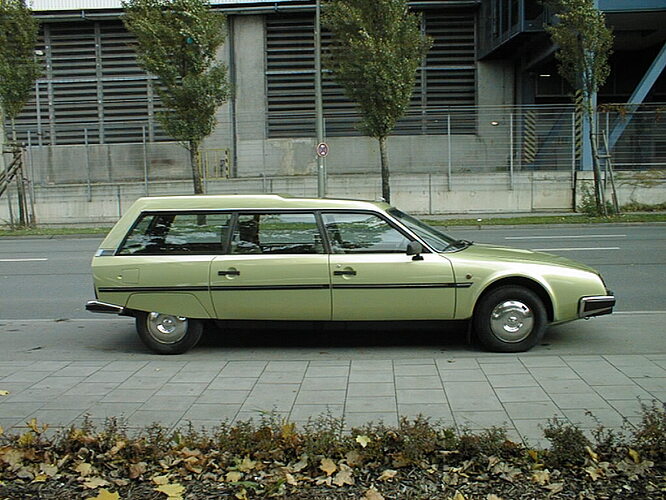 Your sweetie decides to have girls-night-out’ with her friends
drinking and dancing.

You’re okay with it, because you get to watch SPORTS! all night.

You hear her stumble into bed around 4.

You wake up the next morning and go outside to the family Volvo, which

You’re happy to see it all in one piece.

Im glad to see that this post has evoked our raw emotions more than our proffessional biases.

Its funny to hear people talk about a sunfire or a matrix and design in the same sentence!

The 3.0csi is also widely recognized for its timelessly stylish design, and like an eames chair, a pricetag to match.