This is very interesting. It seems like a lot of the people who have posted on this forum are INTJ, or at least some sort of “NT” combination. For the record, I am an INTJ as well.

The high number of INTJ’s and other personality types that fall in the “Rationals” category is quite overwheling, especially considering they are less than 10% of the population.

Furthermore, INTJ’s are less than 2% of the population, but they are easily 30-50% of the people who have responded.

This could mean a few things:

INTJ as well. did it two separate times as well to see if there would be any difference if I answered a few questions I was on the fence about differently.

I had to do a similar test for a recent job interview, I can’t say that personally I am convinced by how accurate these sort of test are, though I know there is a lot of research for them. I was wondering if there are any of you out there that have used these tests in the employment process for new employees and how accurate / useful you have found them to be? Is this kind of test important for design recruits?

Actually, I think it is illegal to require a personality test as part of the employment process, has anyone else heard that?

Oops, just noticed you were in the UK! I think it is here in the US though.

I think the idea of these tests are neat. It’s nice to know what type of personality category you fall in to. However, I’m not sure if they should be required for some employment positions. Once you know about them you could easily tailor your answers for a specific job position. In some ways I could see an insecure boss rule out certain people for fear that the new hire will want to take over their job.

I could also see companies using these profiles to piece together certain teams assuming they will work well together. In theory it may work, but you don’t take into account the little stuff that make people tick. Imagine yourself getting forced into a group with the smelly person, or the loud obnoxious person, or an infinitely large amount of personality characteristics that you personally can not stand. It would be nice if everyone could look past the flaws in people, however it will never totally happen. That’s just the way life is.

Actually, I think it is illegal to require a personality test as part of the employment process, has anyone else heard that?

Oops, just noticed you were in the UK! I think it is here in the US though.

I’m not sure if it is or not. A friend of mine had to take one a few months ago for a project management position in an architectural firm in Kansas.

Hmmm, maybe I should research my unsubstantiated claims a little better. Sorry everyone

I am not a lawyer, but from something I recall a while ago I think it was legal to conduct such a personality test, but not to discriminate against hiring based on the results. so basically they can do it, and do whatever they want with the results, but have to make up some other excuse if they don’t hire you should it come to court for some reason. That and it might have to be “voluntary” (though in reality of course if you decline your chances are probably out the window).

Employers use pre-employment knowledge and personality tests regularly. When hiring for management level positions, especially those in positions of trust such as money handlers or auditors, employers want to weed out applicants prone to dishonesty or who otherwise may prove unreliable.

But when a personality test asks questions that could reveal a mental disability, such as depression, the personality test goes too far, according to a recent case from the United States Court of Appeals for the Seventh Circuit.

In Karraker v. Rent-A-Center, Inc., Case No. 04-2881 (Jun. 14, 2005), the Court held that the Minnesota Multi-Phasic Personality Inventory (MMPI) was a “medical examination” under the ADA. Its use was, therefore, illegal as a pre-employment test that screened out, or had the effect of screening out, job applicants with disabilities. This is the first case in which a federal circuit court addressed the permissible uses of MMPI as a pre-employment test. The case provides a useful analysis of many hiring issues that arise under the ADA. 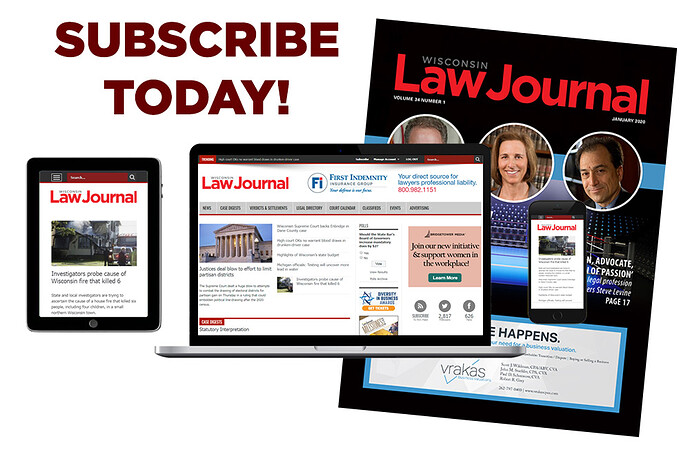 there seem to be lots more info out there if anyone really wants to know. google away…

This is very interesting. It seems like a lot of the people who have posted on this forum are INTJ, or at least some sort of “NT” combination. For the record, I am an INTJ as well.

The high number of INTJ’s and other personality types that fall in the “Rationals” category is quite overwheling, especially considering they are less than 10% of the population.

Furthermore, INTJ’s are less than 2% of the population, but they are easily 30-50% of the people who have responded.

This could mean a few things:

this is interesting. Also keep in mind that the sampling of designers who sit and stare at C77 forums instead of working (me) could be related to the high percentage of INTJ. If you had the same discussion at a bar full of designers or venue, the results might be different. Or not.

I am a ENTJ. This was a very interesting study not formal but still fun to take the test.

I just re-did mine and got INFJ again, but only F 12% instead of T. Interesting. I walk a fine line between thinking and feeling. No wonder I’m so confused…

Another INTJ here from this test and others I’ve done.
But the first thing you’ll get from your survey is which type of people are most inclined to take the survey in the first place

I find that my personality definitely matches with me being a freelancer, I’m a quiet thinker type. It doesn’t work very well in groups with people who are more extroverted, their voices will always ring louder since they’ll tend to speak quicker and more frequently so my ideas and work can get lost in the storm rather quickly. I’ve fought that battle for a long time in work and even just socializing.
So I definitely tend to seek out situations where I’m going to be a key component but don’t have to constantly compete with louder voices. That way gets the best work out of me. Extroverts tend to communicate easier so in most situations, they’ll be heard the most.

I’m in INFJ… interesting, and quite true

Like any piece of research, there is always some bias to be considered. People are right that some bias will occur because of volunteer nature of the test. Additionally, I think that Js seek to organize the world around them, so we’re more likely to get those than people who are a P. I also believe that Ns would have a slight bias over Ss here, because Intuitives seek to interpret and find meaning in their experiences and surroundings. As an INTJ, my own bias is to organize this things and look for rational, logical meaning behind it all. Thanks to everyone for commenting, I’m glad this conversation has taken off

To overcome these biases, ask some coworkers to take the test and poll! Could be something interesting to do for a Friday. Chatbot Conversational Surveys that your customers will want to answer - Twtpoll

Biases aside, I’m seeing some patterns that make a lot of sense here:

N vs S. Intuitives try to solve problems by linking different ideas and experiences. They are interested in doing this that are new and different. Sensing accepts the world as it is and trusts facts to find the bigger picture. While both could be successful, N seems like the generally accepted idea of what a designer brings to the table. We often aren’t capable of making a decision solely on the experiences in front of us (because of cost, timing, or capability), so designers often rely on intuition. It’s that healthy “discontent” that Yo and others have talked about. However, I think someone with S tendencies could make an excellent researcher (objectivity) or also a designer focused on manufacturability (working within a tight set of rules, rather than always trying to break them). Thoughts?

J vs P. Js gain control of the outer world by structuring and organizing it around them. Ps are adaptable and prefer to keep their options open, gaining control by taking in all the possibilities and not limiting themselves. Again, both seem like valid types for design. Often we must organize our information in order to share with others, be they clients or peers or users. However, having individuals who stay open to possibilities would be ideal for activities like front end innovation. To me, the best scenario would be to have both on a team because both strengths are necessarily and useful.

What’s interesting is that it can change over time. The first time I took the test was about 12 years ago when my wife was in grad school. I was one letter different, now I am a ENFJ but I used to be an ENTJ.

The ENFJ profile definitely fits me more at this point in my life. Apparently Oprah and I have the same personality…

In a stroke of irony with another thread: google Buzz

I tweeted, FB, linked in, and coroflot updated this.

what i’d love to see is the answers to individual questions (though don’t expect it). I’m very curious what answers sway the results one way or another.

INFJ’s seek meaning and connection in ideas, relationships, and material possessions. Want to understand what motivates people and are insightful about others. Conscientious and committed to their firm values. Develop a clear vision about how best to serve the common good. Organized and decisive in implementing their vision.

And I agree with a lot of people that you need to be curious to be a good designer.
But I would say frustrated

“While everyone uses design thinking in some situations, certain people are particularly suited to it. They tend to be: 1) empathetic, 2) intuitive, 3) imaginative, and 4) idealistic.” -Marty Neumeier, The Designful Company