What is High Design

Hi, I’ve been in design school for the last few years and I’ve learned a lot of terminology, recently however, I keep coming across the term High-Design. The term pops up but I cant seem to find any explanation on what it actually means.

I’m supposing it’s referring to a situation or design consideration that involves high end or high tech materials, which lead to a “futuristic” design resolution. or something along those lines.

Can someone please explain what the term “High-Design” actually means?
Thanks.

Generally when I hear high design it’s usually more in reference to interior design/furniture. IE a very trendy hotel might be “high design” or stuff you find in the MOMA design store. I can’t say I’ve ever heard it in relation to anything futuristic or high tech.

A long time I try to understand what is high desing? But i can not solve this. Today a little concept about high desing to read your post.

High Design typically refers to products that start to cross over into the art zone. Typically they are extremely low tech, made from high intrinsic value materials, and wildly impractical.

An example of high design would be the Marc Newson bookcases that are cut from a single piece of Italian marble. The marble itself is incredible expensive, now cut most of it away and throw it out as waste, and you have an incredibly heavy shel that holds a few books all askew, but its main function is beauty, presence, and status. If you just wanted to hold books you would buy a Förgęnmoof or whatever from Ikea! 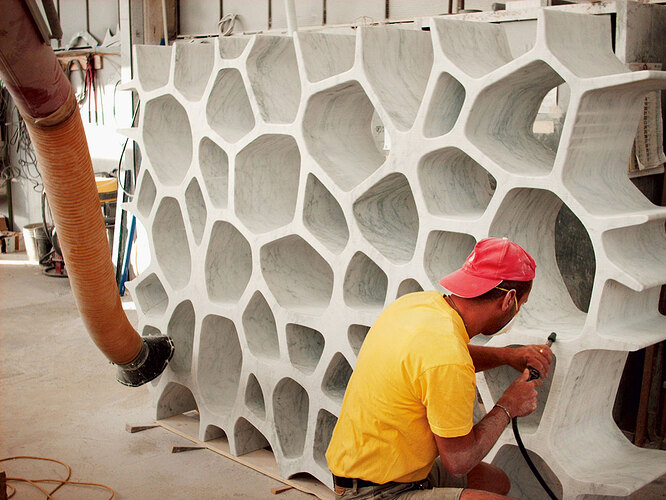 Thanks CyberDemon and Yo, That clears it up a lot. I used to relate it to Blue Sky design but that relation never really fit.

As an aside, seeing that bookshelf knocks Marc Newson down a couple of notches for me. What a poor use of a beautiful and limited material!

As an aside, seeing that bookshelf knocks Marc Newson down a couple of notches for me. What a poor use of a beautiful and limited material!

Yes. And what’s with the rectangular outline with the organic “shelves”? blech

High Design is a term I know internally from Philips Design, the former CEO Stefano Marzano used to use the term a lot in his communications.

It always resulted in a sophisticated yet simple design identity such as with the Sonicare brushes and Robust kitchen appliance series.

The overall approach with High Design is that it is driven from an abstract level, based on a multi-leveled roadmap, it is very research- and human-centered and integrates findings from different disciplines - artists, futurists, psychologists, user researchers, trendwatchers, marketeers and technologists.

That isn’t high design guys. That is strategic design.

Yeah I believe it is a term the CEO coined more for marketing purposes, though I got what it meant it was also the sense of sophistication that I have always associated with the term. Also we’re not talking about High-Level Design which is more related to strategic design thinking.

So can we call it an exclusive and artistic approach to creating objects of simple functionality that could also be made with low tech materials and processes?

Droog Design would then also be a good example.

Yes. I think Droog is the perfect example!

Would you agree the work Ross Lovegrove and his studio produce as high design?

I think his early work was a bit more commercial, but the bulk of what he is known for is probably high design. I think he, Phillip Stark, Karim Rashid, Marc Newson, they all flirt on the edge of high design. Some of their work solidly is (like the marble book cases I mentioned earlier) and some of their work is more mass market. I respect that about all of them. They have the ability to take their work up market or mass market.

Droog I think is more straight on as an example like Ralph mentioned.

the way i think about it -
Design that asks a question more than it answers = high design.

I think that is a good way to think about it.

since we are visual people: 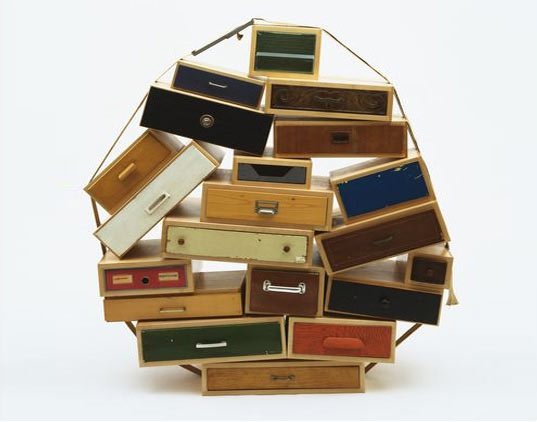 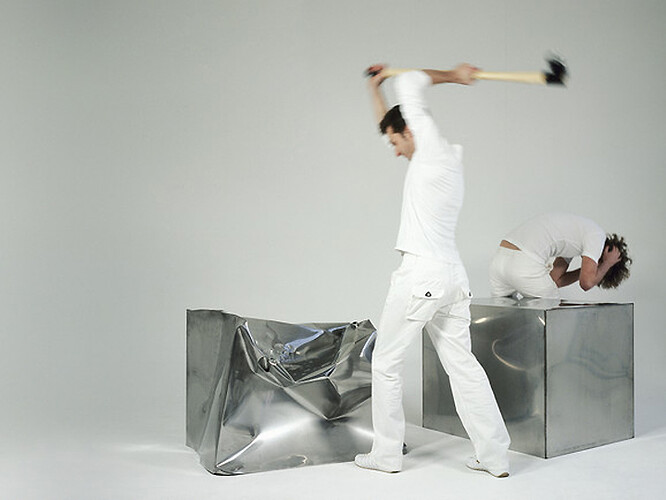 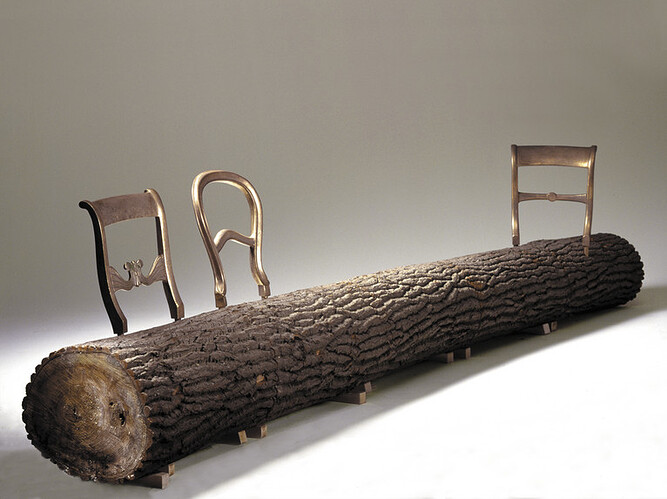 Just before the 18th century, those who considered themselves to be cultured and wealthy wanted to buy and share artworks that were of a higher class. They created the term ‘high art’, to signify that only cultured peoples would understand and appreciate it. They also include foods, like Foie gras and caviar, to be only appreciated by people with a high-culture appetite. High Design is a same thing. Very much for high-class peoples. High design stems from the idea that money is no longer important. The people who have High Design are so wealthy and educated, that the money does not matter. Only the design matters. This is High Design, and goes very much against the concept of Democratic Design - the idea that everyone can appreciate good design.

Karim Rashid would be a good example of high design - or something.

Karim Rashid would be a good example of high design - or something.

Really? Karim Rashid has a ton of products that have hit the market, many of them are somewhat low cost products made for the masses, such as his Umbra products and the work has has done for Bobble.