What Does Everyone Think About Black & Decker?

I sent my portfolio for the Bla & Decker job posted on the jobs section. Any opinions on their products…likes…dislikes. Any info would be helpful.

I have classmates who worked/are working there now. They say they like the pay, but ID lacks credible ledership. They seem to think that they would do a better job than the current managers do.

I have classmates who worked/are working there now. They say they like the pay, but ID lacks credible ledership. They seem to think that they would do a better job than the current managers do.

Not sure who is working their now. I heard it was a couple of auto flunkies.

I can’t imagine people are complaining about their first job just shortly after being hired. They should be sent to the B&D Uni for a good couple of years.

Recent graduates who think they have all the answers and can do better than people with years of experience, what a surprise. When did arrognace 101-401 get added to the country’s college curricula?

In case you havn’t learned yet, CCS is not a college…It’s a Cult.

I know that a lot of the marketing muscle of that company left 5 or 6 years ago. The last prominent head of ID left to go to Bose a while back to. I work for a competing company, and we benchmark everything we do against Dewalt. It’s still a respected brand out there among contractors, though the quality has dropped off a bit.

DeWalt is the “Poser” brand within the powertool market. The only quality tool they make in pro opinions opinions are cordless drills. Marketing does this so that the rest of DeWalt’s tools are “perceived” as quality since most average joe’s have an icon of a drill in their head when they think “powertool”. The yellow stuff really is crapola, that’s why you see mostly makita, and bosch and milwaukee around on the site. B&D is intentionally trying to be low end…unfortunately that is their expertise. That is why they did not buy milwaukee when they had the chance to.

What’s black and orange and has braces?

Noticed that only after a few days of having a B&D listing…it was changed to a Dewalt job opening:

DEWALT is one of the professional power tool brands of the Black & Decker Industrial Product Group. Other Brands include Porter Cable and Delta. We...

I have heard through various people that multi-brand companies will “seduce” talent by parading the sweetest brand around. Kind of like the old bait and switch. You point out an important observation by showing how they have changed the ad…interesting. Thanks

Why are there always people blindly bashing when a brand is mentioned? Sour grapes?

If we are talking about the ID in B&D or DeWalt, why not just take some time to visit your local hardware stores and start laying your hands on all the power tools? IMO DeWalt has done a damn good job to provide one of the best ergonomically designed power tools. That’s credit to ID. ID cannot control the performance of the tool, so you cannot blame the tools for lacking in performance even if they are.

One of you said ID has little presence in DeWalt management. I have no idea where you get the idea from. Just look across the shelf, DeWalt’s brand image is the most recognizable of all of them, and probably followed by Ridgid. Bosch has a pretty distinct branding too, but somehow they’ve always got the thickest handle. Perhaps they haven’t realized that the chunkier a hand is, the tighter the grip radius gets. And don’t talk about Hitachi. It looks like those lazer guns you will see in a Japanese Godzilla movie.

Granted that DeWalt may not have the best power tools on the market. Well, who has? Everyone has their strong item. Portable Cable being preferred for sanders. Delta for woodworking tools etc. It’s up to the individual to pick the best tool for their needs.

DeWalt also came out with the first decent cordless nail gun if you haven’t already tried it yet.

The people who created the DeWalt brand were fired and forced into retirement many years back for trying to maintain a “true” pro brand. Everyone there currently are merely design janitors maintaining something that existed before they were even hired.

You nailed it Cow. DeWalt has good brand recognition, that’s about it though. They are fooling the consumer into thinking they have a pro product when it is actually the opposite.

As far as I can tell B&D/DeWalt are the only ones truly putting out innovative product on a regular basis.

Just look at how many IDEA award they have recieved over the past 5 years.

Whats really funny is how Bosch tries to come off as an innovator as well on their website. They came out with their job-site boombox last year claiming it was the first product of its kind:

The problem is DeWalt launched their Altitude designed job site boombox back in 2000: 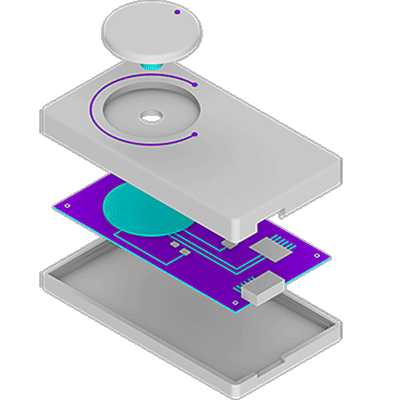 Not cool Bosch, not cool.

I think Altitude did the conceptualization and DeWalt finished it… I don’t know.


If I am not wrong, DeWalt/ BnD also holds the most number of patents among all the US-based powertool companies.

one of my classmate’s fathers was a woodworker and OSHA inspector, and when we mentioned DeWalt power tools he said,
“DeWalt tools are yellow and black for a reason, they are a safety hazard.”