What constitutes a Creative Design?

What makes a particular design creative and what doesn’t? My brief is to make the object that I’m designing “Shout Creativity”.
What doesn’t “shout” creativity?

Can you give me any examples that could mention what would and wouldnt make a design “creative”?

Thanks for your help

Different things for different people… and for different objects you’re designing for. I personally like Deiter Rams (of Braun) 10 principals of design: 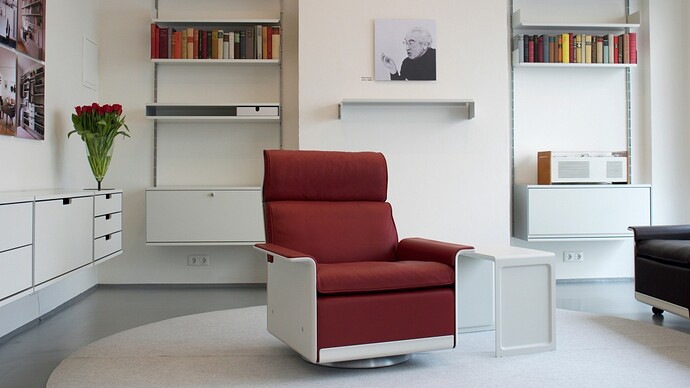 Good design | About us | Vitsœ

Look around you. How many objects would make you say “wow, that’s creative!” Not many I’m guessing.

For the one’s that do, what is it about them that makes you say that? Make a list of the attributes. Then you’ll have a better idea of what the brief means.

honestly, that sounds like a a pretty BS brief… but also honestly, I love those. If it where me I would interpret it to do pretty much whatever I wanted… in the name of “shouting creativity” of course. I love /d

Dieter Rams like the next guy, but if you straight up reference his work, you’ve just shot the only parameter in the brief!

Instead of referencing other creative products, I would do a bunch of research on artists. Hanish Kapoor, Henry Moore, whomever you like, and try to go at it from that angle. Show how this inspiration ties into your consumer’s world. If you just reference other products, you’ll end up with a bunch of removed inspiration, elements of other things that already exist in the product world. The brief is giving you allowance to break new ground, now go break it!

Consider also combining a product with a material, manufacturing method, or technology that the observer would not expect, the recycled fire hose accessories on the blog today are a great example.

I like Yo’s take. And I agree, look at the project brief as an opportunity to take this project to the limit. Challenge yourself to find the “loophole” in the brief, and really try to do something you haven’t done before. Let the ideas flow vast and follow your gut.

and remember it’s easier to ask forgiveness than it is to ask permission The brief gave you all rope in the world, run with it!

one way to corral your thoughts would be to think in terms of defining a new market opportunity. think about how you can diverge and break away into a new category that you define, no matter how obscure. for example maybe there is an opportunity for a new type of product experience while you are tying your shoes, or putting your pants on one leg at a time. i mean things that you don’t really think twice about or even notice that you are doing…unrecognized habits that are taken advantage of by meaningful products. at that point they can’t help but be creative- of course they may never sell either