I’m not 100% sure of the back, it looks a little saggy with the black roof and black bar across the back. Grille is a little too square. Interior is sobre, but nice. Also, after years of garish Japanese design, this is a step back similar to what Mazdas done. Maybe we’re turning the corner on ugly cars? fingers crossed 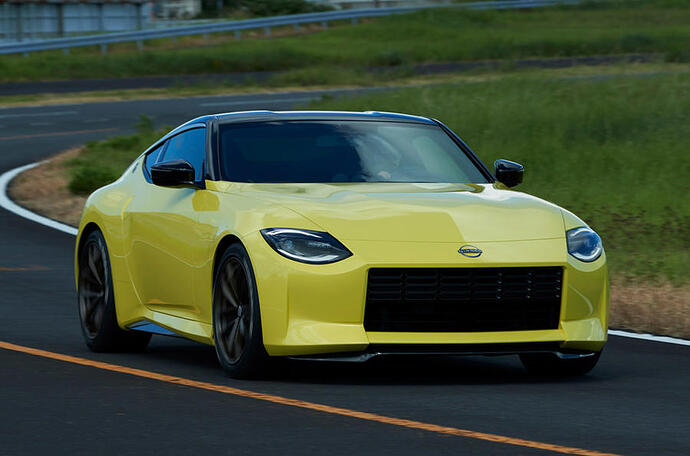 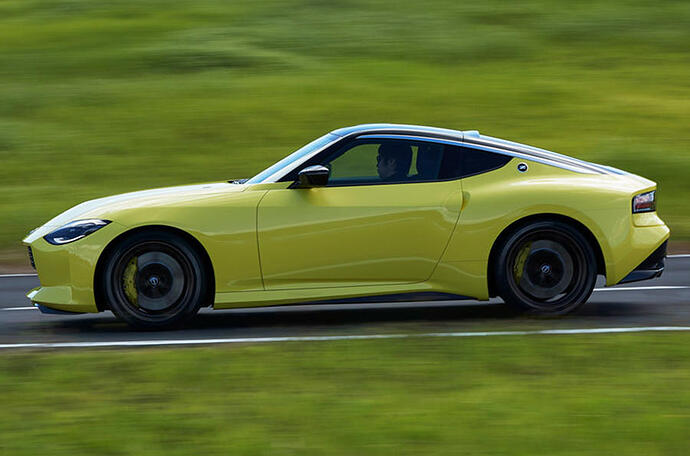 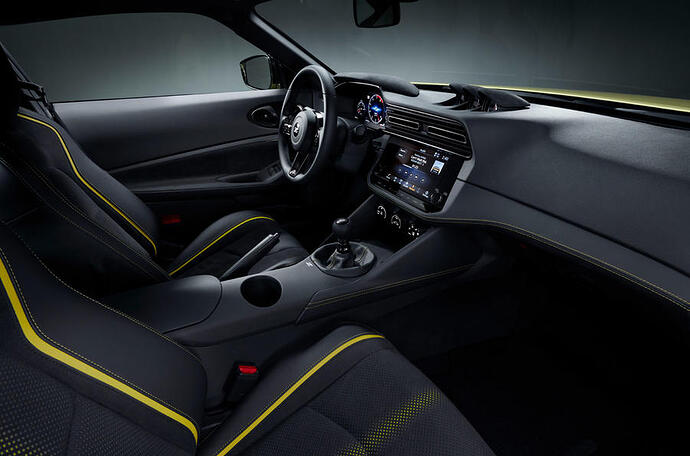 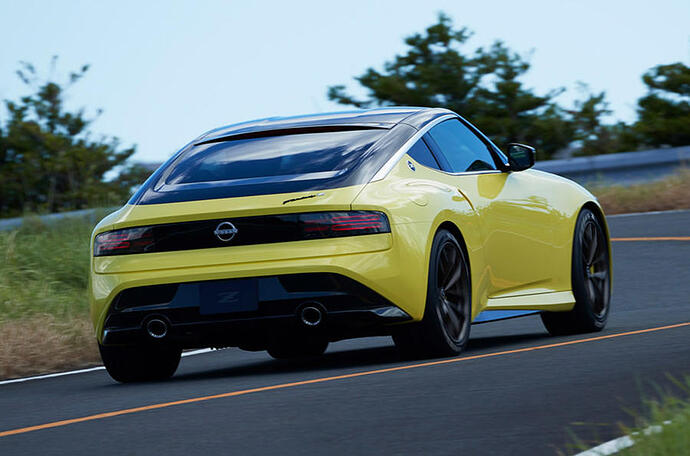 This is the first Nissan I’ve actually liked in a few years. Anxious to see one in person in 20 years (like how I just saw a 99 R34 Skyline in town). 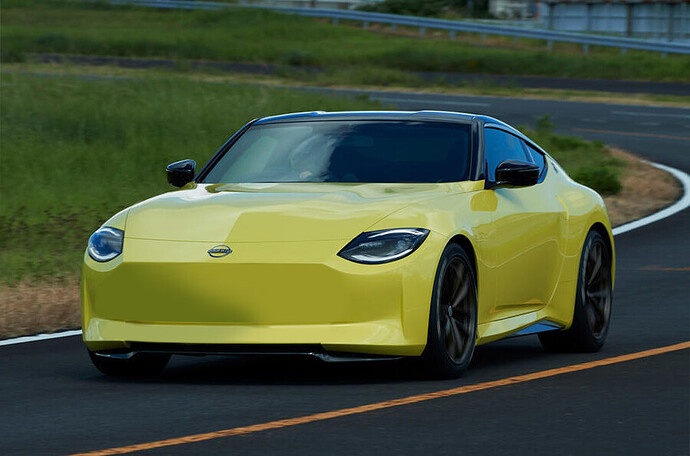 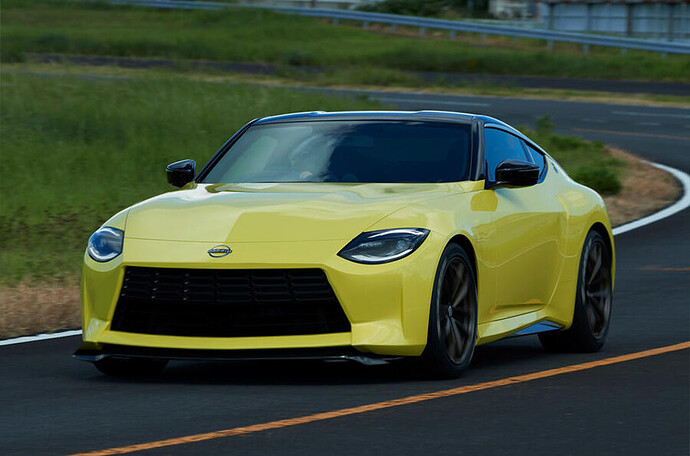 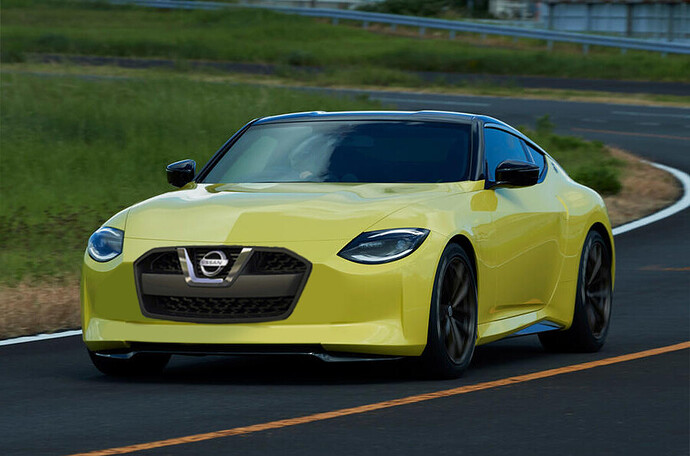 Oh wow, that is all really nice.
Shields your second trapezoid has a little bit of a GT-R, which is a good thing. Agree that its too square.
The hood cut, fender, headlight curve is all quite lovely! I get a distinct ‘You Only Live Twice’ Bond-girl vibe.
The squared off intersection at the front fender/bumper is unneccesary, at least from the front. Looks un-aero.
From the side it is very nice, especially with the thicker rubber.

I would love that no grille version with just a little slot grille at the intersection of the fascia and chin spoiler… people say cars with no grilles don’t work, but all you have to do is go to Porsche . Com to see that isn’t true

The grille is the only thing I don’t like about it. Even if they just did something as simple as putting a fillet the corners at around R50 it would look much better IMO.

A few interesting variations on the IG from other designers. 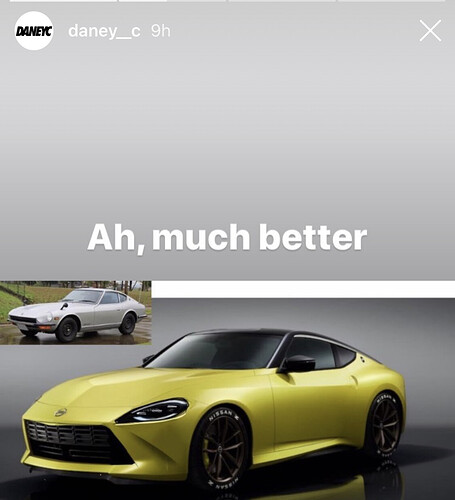 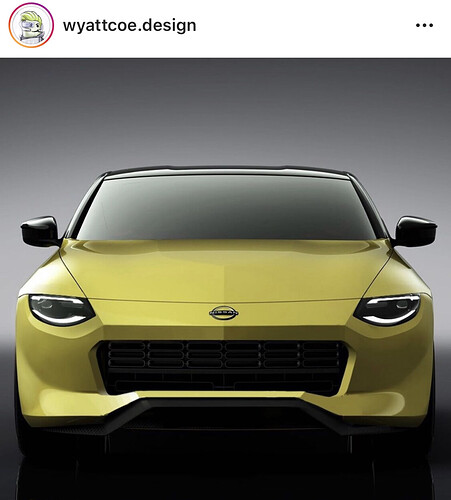 I really don’t get this. First, it’s clear this is heavily based on the existing 370Z just look at the 3/4 view.

You can even see the interior door handles and hard points are all the same.

So if they’re basing it on their existing chassis - was this nothing more than a PR exercise? Or is Nissan so broke they’re going to re-release a 12 year old car (Hey if Chrysler can still sell a 25 year old E-class chassis, so can we!)

Seems hard to do much with the design when you’re stuck using 50% of the existing sheet metal.

I bet most of the chassis and components are the same, but doubt it shares any body panels with the previous 370Z…I just don’t see which ones might be re-used based on those photos. Maybe that trapezoidal rear window? Interior probably does.
Your assertion sounds correct on re-warming a 12 year old car, its something Nissan/Infiniti has taken much online scorn for, showing wild concepts and doing nothing in production.

same carry over chassis as the 350… they didn’t change it for the 370. But then again the Dodge Challenger is on a 20 year old E Class platform yet they still keep coming up with new stuff on it like the Hellcat

I think that modern assembly technology can make as large a difference to things like NVH and rigidity as redesigning the chassis. Perhaps they did keep the same floor pan, but maybe use more adhesives, more precise robotic assembly, etc. Also, the Japanese are kinda known for incremental improvements. I bet some tweaking would go a long way with that chassis, mho.

From a design perspective, I think the Z is looking old. A refresh is definitely needed to remind people that it exists.

Yo does have a good point with the Charger/Challenger. That thing has soldiered on, although assembly has turned the chassis into something acceptable, imho. The design was almost outside any trends 20 years ago and it still feels like it’s outside. It’s like how the 911 debuted in '64 and continued 'til '98.

I did a photoshop. I’m not as good with it as the pro renders, but I would trim that grille down vertically too. I like how it mimicks the old 240Z grille between the lights. Keep it like that. Also, all these grilles create drag. Don’t make a huge grille that is blanked off, make the grille the right size for the car…ugh!

You all can fool around with the front all you want - the real problem is how fat it looks. The 240Z was light and looked it. I had a 1972 240Z this color in 1974 and loved it. It was fast but would wander all over the road at speeds above 70 MPH. Mr-914 is right that it is looking a bit old. It’s hard to bring back a classic.

JDM only special edition with a different grille: 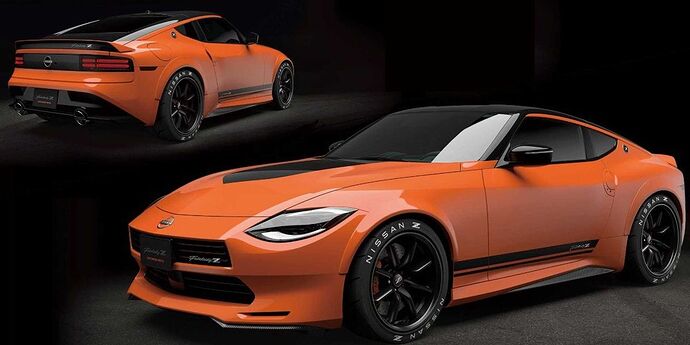 The perfect way to introduce the Nissan Z to the Japanese market. 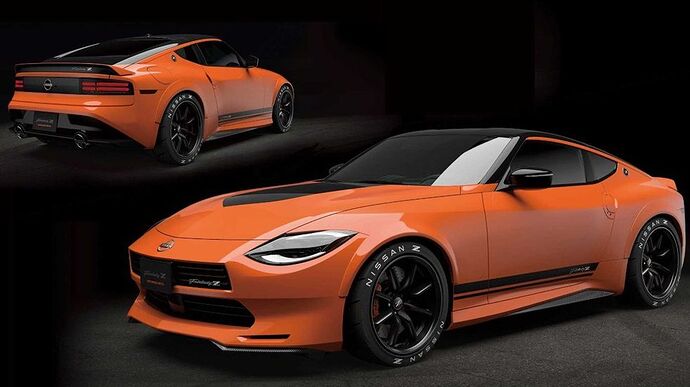 Man I would almost want a poster of that to put on the wall. The rear lights are like the 300ZX from late 80s.

I kind of like the square grille. It’s a bit too static and spartan like the one on my refrigerator, but it’s at least straying away from the old car design paradigm where everything had to be dynamic and aggressive. From a marketing perspective it can be a good idea to broaden the audience besides car aficionados. I do like the cleanliness of the grille-less alternative. I would try a narrower, more rounded rectangle (no angles and nonsense) 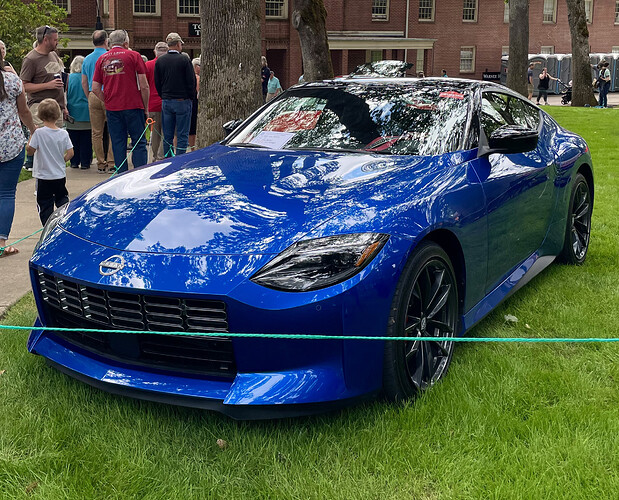 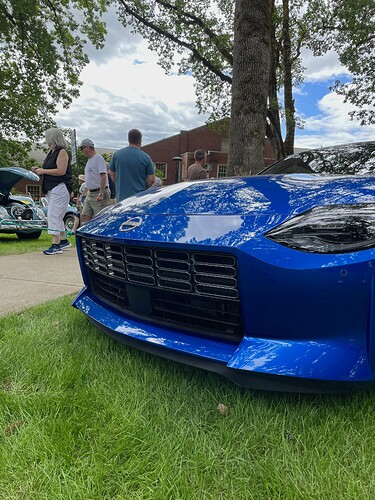