what car brands will disappear?

I was chatting with a friend about how it seems like some car companies are more on the forefront of EVs and others seem to be running 10-15 year old platforms into the ground with mild refreshes. What car brands do you think will go away within the next 5-10 years and which will come through the changes of the next decade ahead?

Chrysler and Dodge are almost gone. One will remain for the 300 / Challenger (both, quietly selling very well despite being old and petrol powered).

Probably some supercar companies. I just can’t believe the global market for these will survive. Although, I’ve been wrong so far on that one.

SOS throwing down Tesla! I agree, but would love to hear your reasons.

I’ll start with an easy one. Mitsubishi. Some of you might be thinking “they still exist?” … exactly. Believe it our not they launched a new vehicle in the US this year. Globally they are tiny, have no new tech, and are a part of ailing Nissan who also is rolling a lot of old platforms and has problems of their own. Mitsubishi seems like a brand without a compelling product or interested customer. Sad that the company that brought us the Eclipse and the EVO just doesn’t seem to have anything going on.

Market share does not seem to necessarily drive brands out of business. Saab and Oldsmobile did die that way, but 10 years ago Volvo and Subaru were close to irrelevance too. I think Mitsubishi, because of the way Japanese business is organized, will likely continue.

I can see a case of Tesla disappearing. Despite this weeks profits, they’ve been plagued by reports of disorganization and corner cutting by former employees. It kinda feels like there is an inevitable Ford Explorer-Firestone tire / Toyota unintended acceleration kind of crisis looming. Moreover, I’m not sure if they are designing cars people want or are they just the best electric cars available. When every brand has a great EV contender, it will be interesting to see where Tesla lands.

Honestly seeing all of the new vehicles with an entire dash made of a screen makes me not want to drive at all. Is this trend really from demand, or is it just bad design? Its certainly not safer. I can see some of the domestic makers like Chrysler going away simply because of poor performance. I don’t think however you need to completely switch your fleet to electric to remain relevant, at least not until the means of producing energy and creating batteries becomes more efficient and friendly to the earth.

I’ve got another one: Jaguar. They are owned by Tata, who seems to have endless money. But, they’ve been struggling while Land Rover is booming. With the seemingly endless decline of cars, I think Tata will soon pull the plug on Jag.

AVClub: I’ve been saying the same thing too. The only answer I have is that the big screens looks amazing in the showroom. If you are comparing cars in show rooms during the day, it would probably be disappointing to get in a car without a giant tablet in the dash. However, after driving 3 at night, it’s really hit or miss how well they work. I actually found the Dodge Charger one of the better ones, but it was small and mounted low. New Kia Forte was an attack on the eyes. Mounted super high and incredibly bright. It was like having someone shine a spotlight at me.

I’ve got another one: Jaguar.

Jag iPace just won the (European) Car of the Year. That doesn’t mean you’re wrong, but just pointing it out.

Just in time for this thread:

Deal between carmakers PSA Group and FCA could threaten 1,100 jobs at Ellesmere Port

Peugeot’s chief executive, Carlos Tavares, has been open about PSA’s willingness to pursue merger opportunities if they made sense for shareholders. In April, Tavares said he would consider buying Britain’s largest carmaker, Jaguar Land Rover, but its Indian owner, Tata, said the company was not for sale.

If this goes through, who knows how many brands might be axed? Opel and Vauxhall seem ready to die. Citroen?

I don’t think however you need to completely switch your fleet to electric to remain relevant, at least not until the means of producing energy and creating batteries becomes more efficient and friendly to the earth.

I mentioned it because the shift to EVs does represent a significant change, and some of these orgs seem like they are already struggling to keep up with change. Brands will either have to invest (VW) our partner (Ford announcing it will buy EV drivetrains from VW)… so it seems like a moment when more than the usual amount of brands might possibly go away.

Mazda is the only make that I’ve read that agrees with me, but I think EV sales are going to plateau at some minority share of the market. At least for a couple decades (my opinion). There is a marketing consultant that has a technology adoption curve that starts with inflated expectations, then declines in the “trough of disillusionment”. I think EVs are still in the peak of inflated expectations. I think the early adopters that are driving them now accept adopting their behaviour. I think the next wave of buyers might be disappointed and we’ll see the sales stall for a few years as the technology is improved. If that happens, the slower adopting makes might actually make hay has they’ve continued to refine their current product (see Mazda).

Ray, I disagree on that, I think we are way past that point of the curve. The trough of disillusionment was like GM EV1 days. Tesla Model 3 is moving way too many units in the US and brining Chinese production online, and with China mandates to go all EV, the die has been cast. They are the biggest car market in the world and will drive global product decisions. 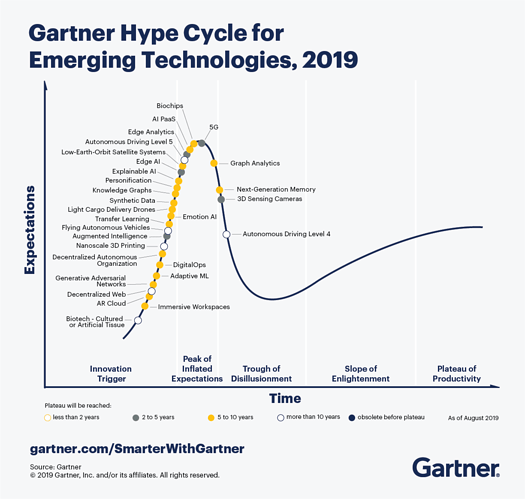 I think context matters. Europe, traditionally, was a place for scooters and small hatchbacks. Today, they have aggressive legislation that, more of less, mandates EVs. Combine that with people driving short distances in urban centres, and it makes sense. Like the Peugeot 2008 electric. 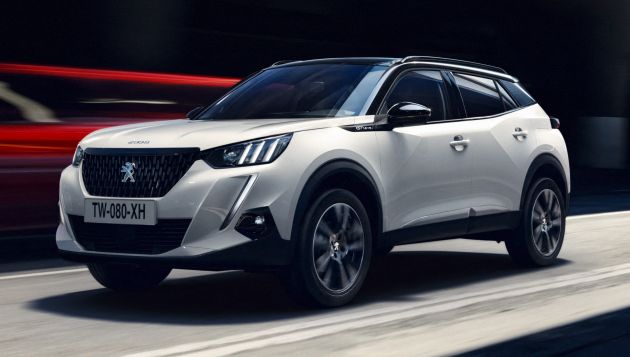 The Tesla 3 is close to what I would expect to be popular in Europe, but not quite. I expect small electric crossovers to eventually be the large part of the market.

China…I don’t know. As we saw in another thread (I think I saw that here), they now have 3 bicycles for every person because of the business environment there. Perhaps there will be a car sharing battle that will see them build 3 EVs for every person and the market will be flooded with free cars. I don’t know.

US…that’s more complicated. Ford sold almost a million F-150 last year. Ram + Silvarado another million. 2 million out of a market of 17/18 million are just 3 models. None are electric. Some people see this as the Big 3 missing out again. I’m not so sure. I think the technology isn’t there for many US contexts. Even our urban environments are more spread out than Europe, public transit is less developed. Also, performance is degraded in cold regions like the Mid-West and New England. Lastly, I don’t think it’s a software bug, but a fundamental limitation on current batteries (btw, Li-Ion was invented in the early 1980s).

To sum up: Maybe this question is market dependant. I was thinking from a US/Can perspective because I don’t really know what’s going on in Europe and Asia.

Honestly seeing all of the new vehicles with an entire dash made of a screen makes me not want to drive at all.

This issue has been bubbling for a bit. Major news orgs are picking up on it now. 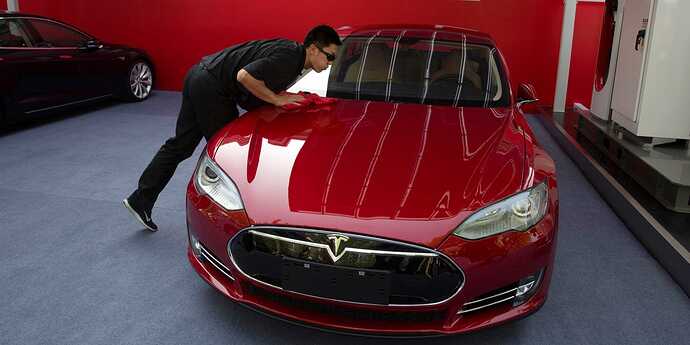 Older Teslas are reportedly running into an issue where the screen stops...

Tesla repair professionals have reported problems with the embedded flash memory on older models of Tesla, which causes the vehicles to brick.

"[Tesla] creates so many logs in the car, they write to [the chip] so fast that it basically burns them out. They have a finite amount of writes; they can only do so many writes. The amount of logging they’re doing is excessive.

Who’d have thought? Screen goes blank, car can’t take a charge, all because of the fact that RAM only has a finite number of writes… This seems problematic, and will likely be long term on many cars made in the last 5 years. Granted, not many operate like Tesla’s, but still. The used car market will be interesting in 10 years, for sure.

Back on topic, though.

A coworker rolled up with a brand new Buick the other day. I was pretty shocked, actually.

Also, I’m on the Mitsubishi train. I’m amazed every time I see one on the road that looks brand new. There’s also a huge dealership here (White Bear Lake [go Bears] Mitsubishi). They sponsor all kinds of school sports in the area, and they’re commercials are predictably horrible.
Except this one… 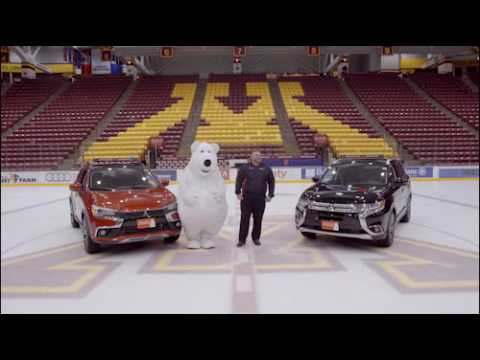 Mitsubishi only has 5 models. 6 if you count one of them is available as a plug in hybrid. What happened to the EVO?

they canceled it a few years back unfortunately. Just not enough enthusiasts who buy new cars.

I think no one knows how to market an enthusiast car anymore. I remember when Subaru brought the WRX over in 2008, it was half of their Impreza sales. It’s 11 years ago now, but I still think there is something there for a good driving car, it just requires a marketing team able to communicate the value.

That is true. And sometimes brands go too far with a good thing. The GTI used to be a package and trim level for the Golf. Now there are 5 or 6 trim levels of the GTI… which is supposed to be a trim level? I think with the Golf VIII they announced only the GTI will be coming to the US, because it basically is the Golf at this point. So to get the performance GTI with the suspension goodies and what not you will have to get one of the upper specs… anyway, that is another topic of model and spec proliferation.

FCA / PSA merger being hot in the news as of yesterday, I think there has to be some kind of hunger games rationale as to what brands survive that! Jeep will obviously make it. I could see Chrysler just being the 300 and a minivan. Dodge just being the Charger/Challenger, then RAM trucks.

For GM, I could see an interesting model/brand rationalization. In the US no one wants a Buick, in China they only want Buicks. Why not make Buick a China only brand and have the same line up be Chevy in the US?

oh yah, I forgot about that one