What are you working on today?

I was at the coffee-company factory yesterday… those guys are total caffeine addicts. I was offered coffee about 20 times yesterday from their various products and test set-ups.

And how is that a bad thing?

Responding to a few “I have an idea” emails from strangers who probably don’t have the real money to make a product. I get at least 3 or 4 of these “I need a prototype” inquires every week and rarely from any established company name domain. They’re almost always @gmail or @yahoo or @hotmail. It’s time to just make a polite form email on auto respond to weed out the ones who aren’t serious.

Trying out wix to see if I can change my website to them. Flash is good but may take up lot of bandwidth. Thinking if I should change.

I’m doing the greatest work in the world: adapting existing layouts to be viewed on IE6. Sadly, 30% of our clients still use it.
Sigh.

At home I’m building a backoffice platform for my own portfolio - a neat way of learning more about PHP and AJAX.

I need to track down vendor C of As. Write up a specification sign-off sheet and get the needed signatures. Then 192 release labels for the product.

Gotta give some love to the FDA quality system.

Just got back from France, the workshop was a success! I thought I’d share a pic since I mentioned it earlier… Design, Strategy, and Engineering students from 3 countries and about a dozen nationalities all working together in the St Etienne École des Mines. Designer Patrick Jouin was even around (but not directly involved) 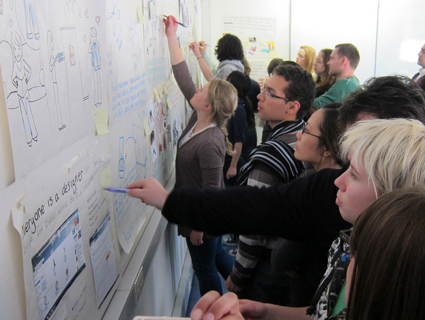 Finishing and organizing all the cad files for a new headphone design to go to 2nd round RP. Excited, cause we’re finally getting these out the door (for now), but hating the tediousness of today.

Networking. And not the “Let’s grab a drink and talk business” kind, the “Gouge your eye with a spoon, I’m not the IT guy” kind.

Clearing my desk, filing stuff and tidying up, scanning in some mag tears before my meeting, breifing and imminent project (kids character licensed) which starts tomorrow.

Working on my new list of “To Do’s” after being out of town for a few days… 22 items ranging from refining sketches and concept models to doing my taxes. Any one of these could consume my whole day if I’m not careful.

A big-ol, high-speed, powerpoint presentation… (Why oh why does it have to be powerpoint??!)

a long day of design research looking at culture differences between US and the UK - chatted with about a dozen local expats and residents. Very interesting stuff… it really brought back memories of home!

Finished making the last batch of fries for the day.

Resurrecting this from the dead!

Spent the first half of the day setting up renders for concept refinements for a freelance project then replaced the feed dog on my walking foot sewing machine.

Spending the rest of the day on a new personal project, created a 3D model of my foot using the 123D Catch web app 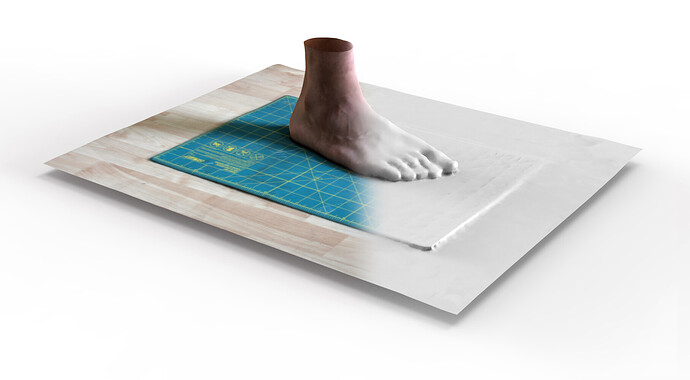 Today I am creating solid bodies in solidworks, and when I try to combine them they completely disappear! As Jony Ive would say, ‘magical!’

[quote=“choto”]
Spending the rest of the day on a new personal project, created a 3D model of my foot using the 123D Catch web app[/quote]

Holy smokes, you modeled that??? Wowza. I could do that…in about 4 months.

I’m currently laying out the geometry for new range of bike frames. It’s amazing how the smallest change in tube length and angles can alter the feel of a bike.

Finished the works-like prototype for my honours thesis. Should hopefully be allowed to post the project soon for feedback! 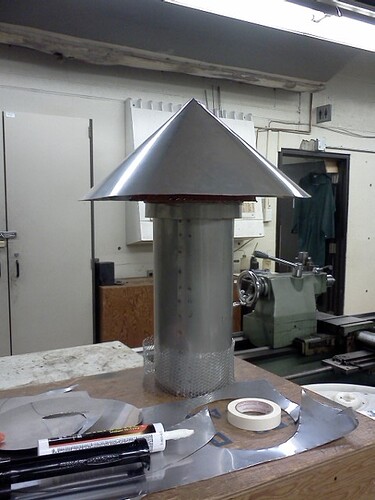 Holy smokes, you modeled that??? Wowza. I could do that…in about 4 months.

Haha, no I wish I could model that quickly!

I used a free web app where you take pictures of a 3D object and it recreates a mesh based on the images. It’s really quite amazing and blown away by the accuracy. I used a tripod and just kept moving it around my foot and snapping pics

My first thought when I saw that come out was “damn, I should make lasts of my feet”, good to know it works well! It exports a point cloud right?

The web app version allows you to save out an .obj mesh file but if you install the 123d software I believe it might have more export options.

Mirk, are you allowed to say what it’s for? Some kind of chimney system?