What are these plastic connectors called?

Can someone please tell me what these plastic connectors are called? (see attached file) Male parts sbout 3mm long, push/snap in to fit.

The answer’s probably simple, but various google searches havent found it for me. 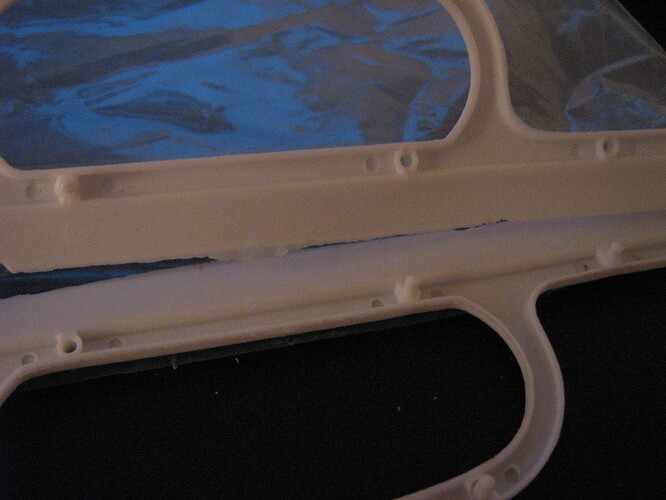 Wow, that’s some flash there.

Different people will call this different things → fastener, X’mas tree clip (Though it really doesn’t look like a x’mas tree, folks will call it that).

What this really looks like is an interference fit. Technically there is a under cut built into the male diameter so when it fits into the female hole it is captured. Layman’s terms… the male side is larger & gets stuck in the female side.

An interference fit, also known as a pressed fit or friction fit is a form of fastening between two tight fitting mating parts that produces a joint which is held together by friction after the parts are pushed together. Depending on the amount of interference, parts may be joined using a tap from a hammer or pressed together using a hydraulic ram. Critical components that must not sustain damage during joining may also be cooled significantly below room temperature to shrink one of the compon...

“An interference fit, also known as a press fit, is a fastening between two parts which is achieved by friction after the parts are pushed together, rather than by any other means of fastening. For metal parts in particular, the friction that holds the parts together is often greatly increased by compression of one part against the other, which relies on the tensile and compressive strengths of the materials the parts are made from. Typical examples of interference fits are the press fitting of shafts into bearings or bearings into their housings and the attachment of watertight connectors to cables. An interference fit also results when pipe fittings are assembled and tightened.”