What a piece of well-considered ugliness!

I just read the article posted on the blog about ugliness in design:

The author mentions the Airbus A380 and electrical substations as being very ugly products designed by a whole lot of brilliant people (albeit, not trained in making beautiful objects). I disagree with his findings. Personally, I find a quiet dignified beauty to all things electrical. Dams, turbines, generators, even transformers. The A380 is poorly proportioned though: 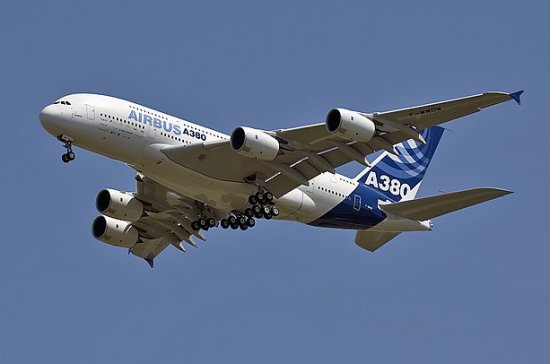 I’m not sure what I consider the ugliest well-thought out product/object…but I’m going to give some thought to it. I’d like to see what everyone else thinks though…

Well how does the interior looks like. I’m pretty sure someone styled that area!
If they were smart ofcourse.

An idea would be to make LARGE seats for obese people so that they wouldn’t have to buy 2 seats but only 1 1/2 seat. They could be strategically placed in the cabin for good balance.

why seats at all? why not make it one big sofa, so you can take up as much space or they can cram as much people in as the like. maybe you would pay by the capacity. ie. one price if packed full, another price if half empty.

just a concept and not likely practical, but could actually offset the cost of running half empty planes for people who benefit from the space. the way it works now, the airline loses money for every seat not filled, and nobody can take advantage of it (except lying across a row).

having done a lot of flying, ive always wondered why they dont do something like auction off the extra business class seats of not taken. some are given away for frequent flyers with good status, but the majority of unfilled seats just sit empty.

as for the original post topic, im not sure the plane is ugly, but i wouldnt call it beautiful. just looks like a plane to me.

im a sucker for all things retro though and would love to see some old school jet set airline livery and style. i’m not old enough to ever see it except from the movies, but love the idea of hot flight attendants and everyone flying in nice suits and hats back in the 60’s. never mind the security hassles nowadays and horrendous service on most commercial carriers.

I still dress reasonably nice when I fly, kinda business casual. When I was flying more to see my girlfriend, I used to bring my sport coat and wear a tie. I have no reasoning for this beyond I like to dress that way. However, I really don’t like flying in the US recently. Everyone looks like they either rolled out of bed or is going to work in their garage. My god…does no one care how they are perceived anymore?

Everyone looks like they either rolled out of bed or is going to work in their garage. My god…does no one care how they are perceived anymore?

haha. exactly! fat slobs in shorts, crocs and a wifebeater kinda ruin the fun of flying for me.

I recently read an article about the best jobs and they had pilots in there because they travel allot.

They only make around 60K on average!

I Wonder how much a pilot would make if they flew the Airbus?

At first glance, I thought somebody had photoshop’d more landing wheels on as a joke.

But to me, it looks stable. Hell, I’m sure not going to sweat about losing a tire or 3 during takeoff/landing, theres plenty to go around.

At first glance, I thought somebody had photoshop’d more landing wheels on as a joke.

But to me, it looks stable. Hell, I’m sure not going to sweat about losing a tire or 3 during takeoff/landing, theres plenty to go around.

What cracks me up is that there are about 9000 wheels in the middle of the plane but only 2 at the front. I know the majority of load is on landing impact, but it seems a little out of balance.

… seems a little out of balance

I always loved the superior “ugliness” of Soviet era aircraft; much like the French concept of “Fierce Face” was applied to their 18th century warships. If it looked too scarey to deal with the battle was half over.

Although in the case of the An-225, currently the largest aircraft in the world, I think the proportions are better than the A380.

I look at it this way … wheels are to aircraft as bumpers / license plates are to automobiles … they both look better without them.

I still dress reasonably nice when I fly, … My god … does no one care how they are perceived anymore? 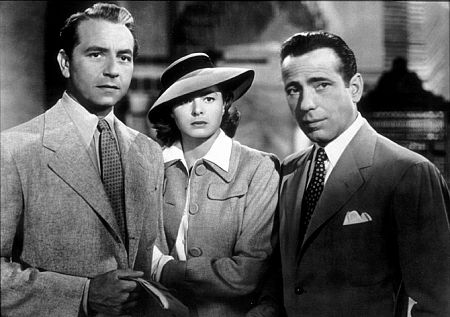 I watched “Casablanca” last night and was struck by the same realization … funny that I ran across this thread this morning. When was the last time you saw anyone rigged for air travel attired thusly?

Sadly, too much of North America is unprepared for trains

“We” will undoubtedly land a man on Mars before we see anything, even remotely, resembling the rail systems of the UK and Europe.

We get a big L on this one.

Here are some interior shots…

OT- have you tried Porter airlways? they fly ottawa, toronto, montreal, halifax and now buffalo. livery and design by Tyler Brule (Wallpaper* mag guy). super nice, classy, convenient and cheap. i flew TO-Ottawa by Porter, and cost less than a train. highly recommended! Best part is if flying to Toronto it goes out of the island airport so no need to go through hourse of security, check-in, et.c its the closest to the jet-set travel days of yore i’ve ever experienced (not that im old enough to know the old days…)…

Well I would suggest to “streamline” the design, just to make it look faster. Add a litte bit more Chrome in order to “pimp-my-flight”, and add some extra Wheels. Cool! O.k. that makes it heavier and less efficient for sure. But who cares about global warming?

I think it is funny that two of you basically said that the way people dress bothers your flight experience. It is either extremely petty or ballsy and I can’t figure out which one it is or if it is combination of both.
Personally I work at a place where most people look like “slobs” even in executive meetings and it doesn’t mean anything or contribute to how people are “perceived.” I really enjoy the freedom that comes from not having to dry clean overpriced clothes or keep up with the fashion police. But then again I suppose I am lucky to work in the action sports industry.
Suits are for vendors and bankers.

Yeah, you are rigtht. Suits and Air-Planes are for Bankers and Vendors only. Guys from the action sports business are supposed to take the canoo.

I don’t feel petty or ballsy. I do feel elitist in a negative way. However, I care about the aesthetics of my environment. I want to look at things that I think are pleasant as much as possible. I think a proper fitting suit is more pleasing than a shorts and a over-sized T-shirt.

Personally I work at a place where most people look like “slobs” even in executive meetings and it doesn’t mean anything or contribute to how people are “perceived.”

Uh…are you a designer? Looks don’t affect perception? I suppose that if everyone looks equally sloppy, there won’t be a net effect. However, looks always project a message.

For the record, I didn’t iron anything I’m wearing today. I’m wearing a pair of flat front pants (not dress pants, not jeans) and a sweater with argyle on it.