This echos a few things I’ve been talking about with clients and thought I’d share. This is one of the first reports I’ve seen really focusing on this generational shift. A few years back I was pushing Polk toward Gen X. Its primary consumer demo was Baby Boomers. The average pair of speakers last 10-15 years, 20+ on the outside, so realistically Boomers had bought their last HiFi set ups. Focusing the brand on the values of Gen X was a big part of the direction. 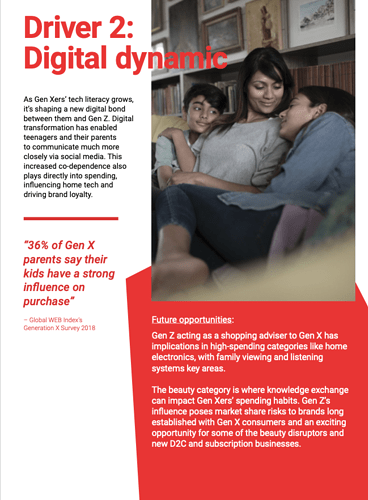 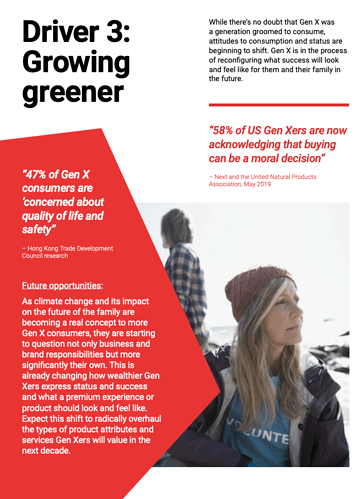 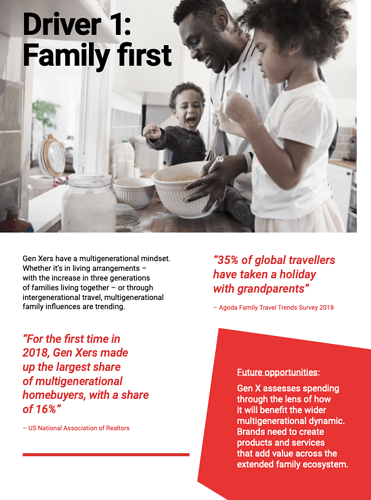 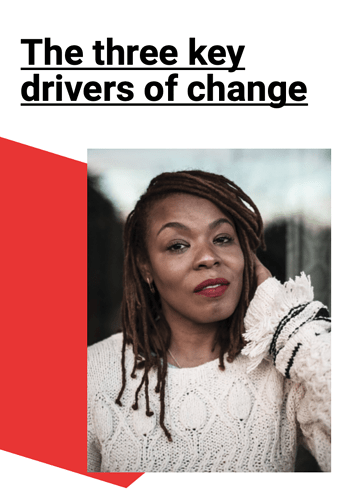 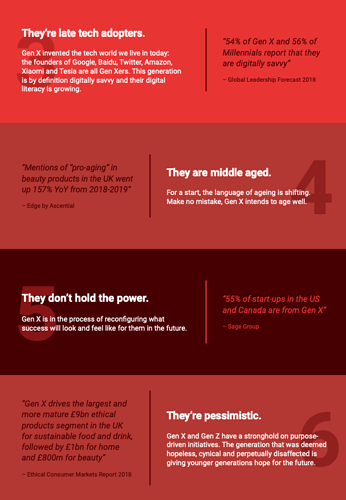 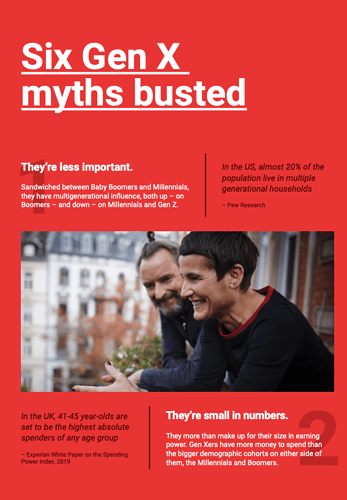 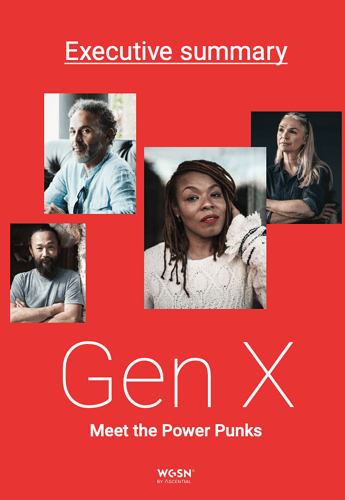 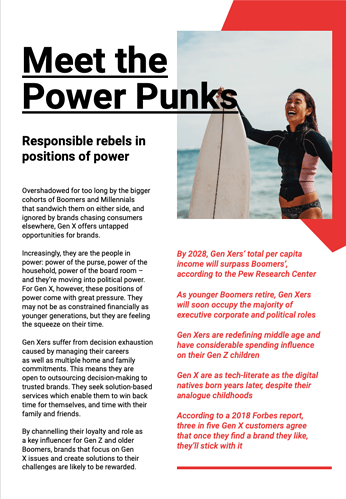 I’ll cue up the Singles soundtrack before I read through this. First I need to find D-size batteries for that cassette player…

Hey man, that soundtrack holds up! 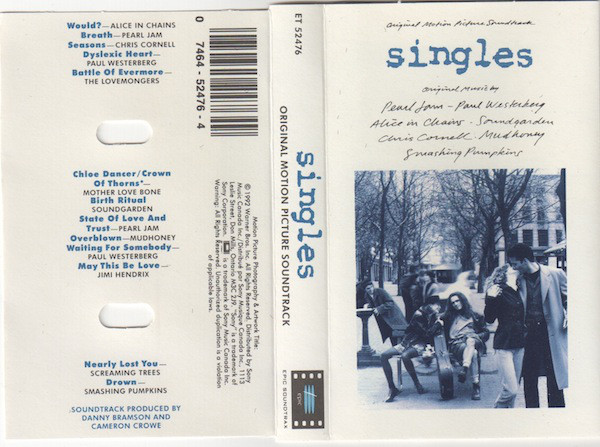 I’ll cue up the Singles soundtrack before I read through this. First I need to find D-size batteries for that cassette player…

Holds up? Some of us never stopped listening… 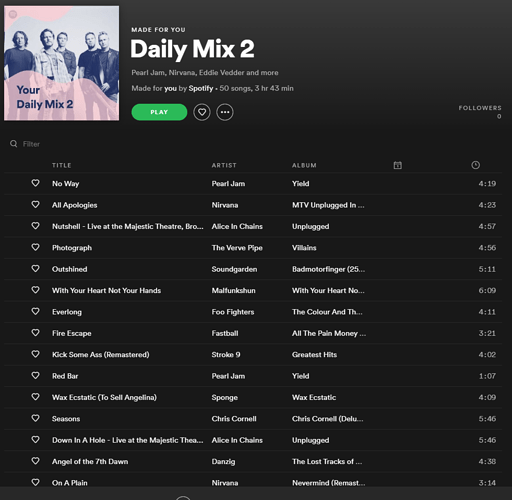 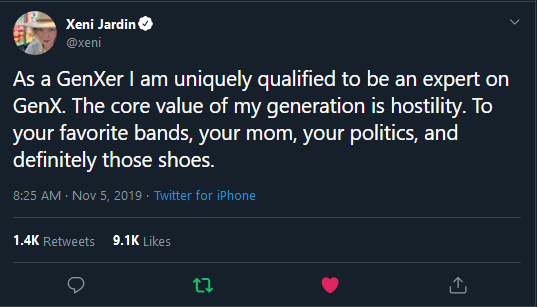 The Boomers are never going to die, in spite of promising to when they hit 40. They will hang on just long enough to make us beg for table scraps from the millennials.

Seriously though…why do companies ever say, “let’s ignore 20~30% of the people who could buy our product.” I only took a few marketing courses and it never came up. Do I need to hit master’s classes to get this knowledge?

One thing that I thought was interesting in the report is adjusting the level of spending potential per capita. I haven’t seen that directly addressed. Typically, most reports show Boomers having the most wealth (by far), then Gen X at about half that, and then millennials at about half of Gen X… but when you take into account that Gen X is a far smaller generation, the per capita wealth is much higher. Then take into account that Gen X is taking care of their Boomer parents while raising their Gen Z children and you get the multi generational influence. Anecdotally, certainly my mom asks me before she buys anything in tech or automotive related. She was pretty set on getting an X3 for some reason, she is now getting a Hyundai Santa Fe.

…and all that sh*t costs MONEY. I surmise that I’m in about the same financial situation as my parents were in the 1980’s but there’s no way they spent as much on us, it was impossible. Maybe they saved everything; more likely they were paying 10-15% interest on their home. I think this smaller population of Gen X’ers must have considerable home equity, combined with low interest rates there’s much more money on-hand (or funny-money at least).