We talk a lot about ways design can help the environment through more sustainable materials, manufacturing processes, operational systems like circular design, etc.

I wonder what other ways design is responding and products are adapting at a small scale, maybe on a feature level?

An example of a feature that struck me today. I thought we might have escaped a bad air event in Portland this year but wildfire smoke has descended on the city coming from the north east of us. It is worth noting this never used to happen (or was very very rare) & now it seems like an annual occurrence for at least a few days at a time. Our car has the ability to show the air quality inside and outside (I’m not sure if it is pulling outside data from the cloud or if it actually has those sensor). Is this the kind of thing more devices will do in the future? Like how in the late 80’s everything got a segmented display clock because why not? 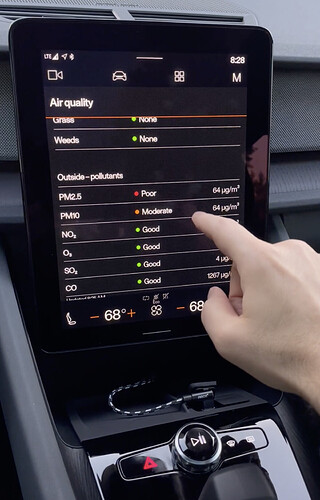 I would argue it is at the design feature level where the most danger exists with the climate change issue among other data display design problems. The above example data set is just not trustworthy by itself…at all. You need other sources of data to compare against what is on screen in order to understand the truth of the moment when you want to measure the climate. The more design can tell more of the story the more truth can be delivered to the consumer and not risk becoming misinformation or propaganda.

The power of real time data sets takes time to make its way to the consciousness of the average person. So many middle men exist as data is extracted, measured, crunched and then packaged to make their way to displays in the form of UI. We need more triangulation tools to make better sense of our queries into something like climate measurement.

We need more context and more richness in the data that we consume. Where it comes from, who sold it to who, who owned it at extraction and who owns it at publishing etc. What is the macro vs the micro etc. 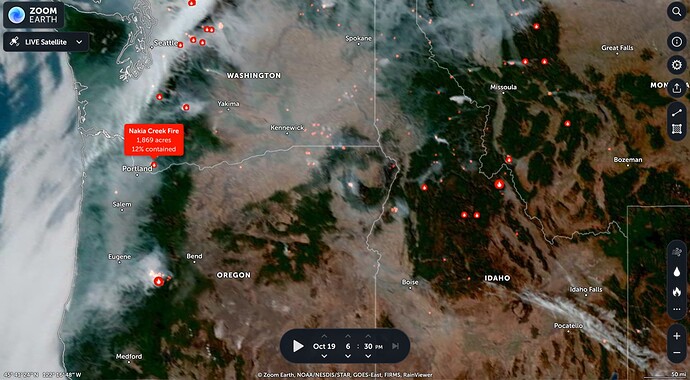 We need to be able to compare data sets through out history in real time on a given day in order to better understand our irrational fears with regard to climate change data display at the feature level. 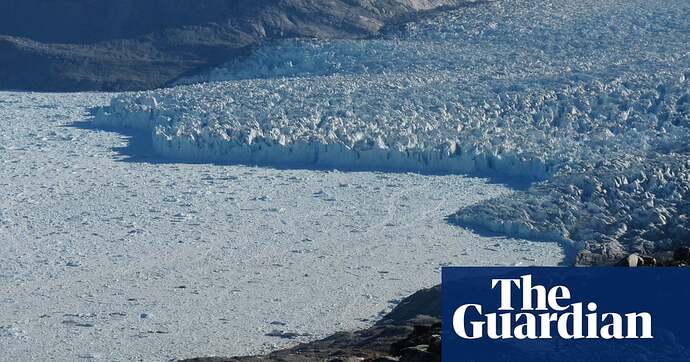 Next pandemic may come from melting glaciers, new data shows

Unfortunately since the big fires last year I’ve got multiple sources for data on this. 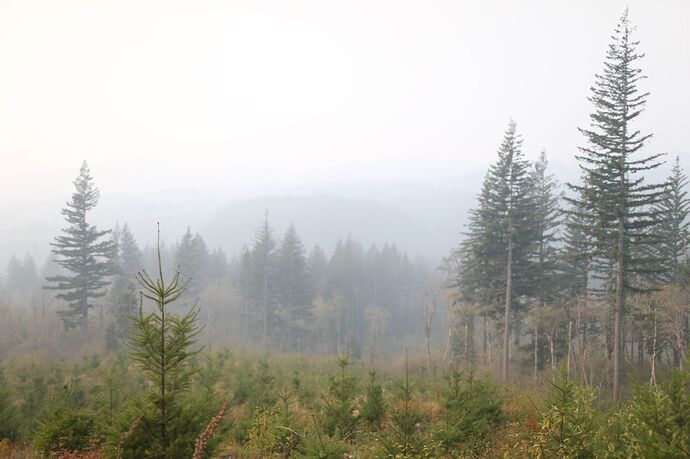 The Nakia Creek fire was declared the top fire priority in the country Wednesday. It is burning near Camas, Washington. 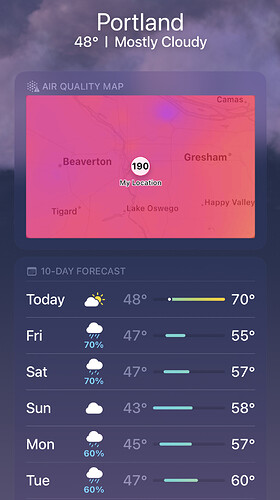 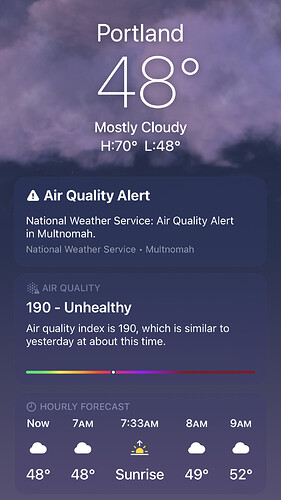 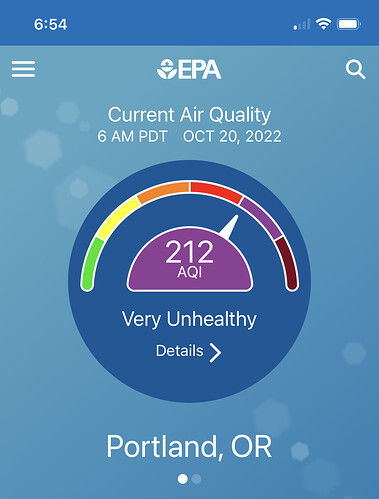 With my question though, I meant to ask about what other kinds of features do we think might be relevant in unexpected places … like timely air quality data on a car screen as you might be going outside, as just one example.

While it is not often, I’m with db on this. Simplifying data will only lead to more politicization. 1 company says one thing, but another has something different to say.
More reasons for people to take sides and yell at each other. I don’t see more of that as a good thing. Complex data leads to many shades of grey that again, can be interpreted in many ways.

I’ll do a ferinstance - smoking is bad for you and drives up medical care. Well, there is more than 1 study to show smoking kills people faster and in the end, they have less medical expenses. So if you enjoy smoking and it actually lowers use on healthcare resources, shouldn’t we be promoting it?

As you might tell, it has not been a great day for me. I have been reminded for the millionth time making stuff only matters if it is making money. My cynicism of all “features” is showing. I’ll stop now.

@iab understandable, we all have our bad days… I’ve been in those meeting. Not really the uplifting motivators.

I didn’t mean for this AQI sensor to be the only example, just an example of new features/products that are now relevant and maybe weren’t 10 years ago… or maybe we just didn’t have the tech in the 60’s when there was a layer of smog over LA?

Another example is the entire product category of air purifiers.

I’ve had a Blue Air air purifier for years but after the big wild fires last year I got a second much larger unit for our living room to turn on when the air quality is low. 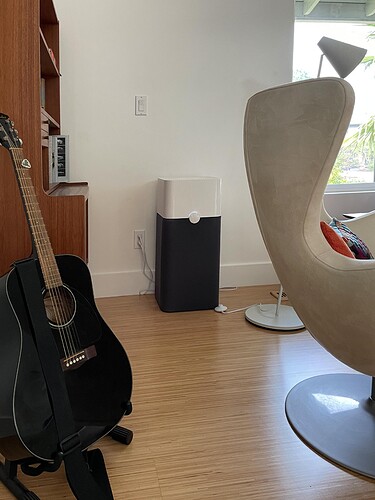 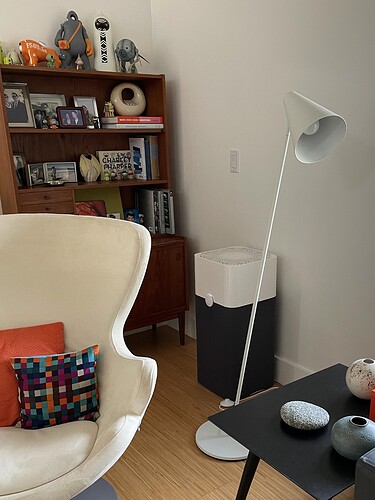 Are similar things going on in areas with low water quality?

A few things come to mind:
Apple Watch’s noise level monitoring. It gives you an alert when high db’s are sustained over a longer period of time to protect your hearing. It’s a bit annoying when I’m trying to mow my lawn, but great to know I need ear protection when I’m doing that. 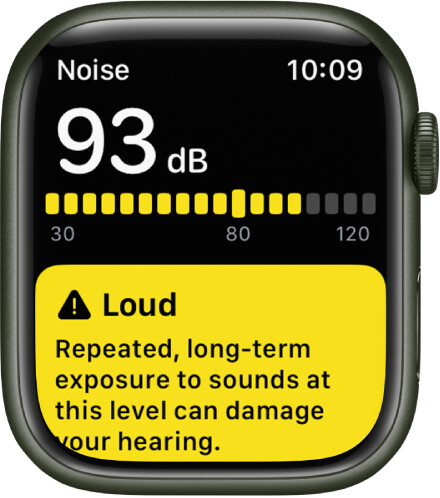 An extension of that could be a UV light sensor on your phone/watch to warn you when you are exposed to harsh levels of UV rays for an extended period of time.

When it comes to water quality, most new washing machines and dishwashers have a turbidity sensor (this is what guides the sensor/automatic cycles) built in. Low-hanging fruit: leverage that existing sensor to look at the water source, not just the water after processing. This could cover the two of the three most water-critical places in your home. 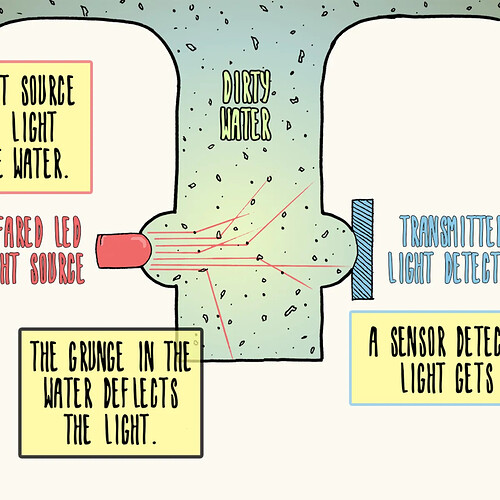 great examples @JosePadilla … that Apple Watch one is a nice example of things that enter our lives and we almost don’t even think about it as new after the first couple of times.

An extension of that could be a UV light sensor on your phone/watch to warn you when you are exposed to harsh levels of UV rays for an extended period of time.

This isn’t quite that, but it’s at least a notification of UV levels… 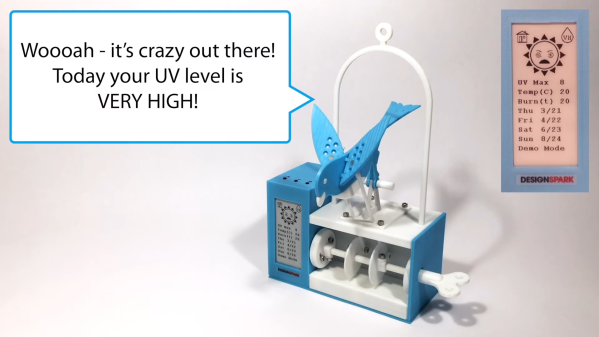 UV rays are great at helping us generate vitamin D, but they can also be harmful, causing sunburn and even melanoma. To help kids keep track of the UV index in his local area, [Jude Pullen] created…

Good example. After 7 years of living in San Diego UV level was something I got a lot more interested in.

I worked on a concept systems design project a few years ago aimed at developing tourism. Working off of the narrative of the opening up of North Korea and unification, the system stretched along the coastline from South Korea to China. Part of the concept was to create a platform for new and emergent technologies.

Through the utilization and reliance of renewable energies, a system of hotels and water transportation between the hotels set up an experience that would drive the modernization of the region and thus created platforms with which to: clean up the environment, drive economic growth and political reform.

This was a 100% design driven project that relied fundamentally on renewable energies aimed at responding to climate change as well as a number of other supporting criteria.