Hi all, just finished my latest project, which is a series of watch concepts. I’ve come up with a way of putting the watch on, which must have been done before, but I can’t find anything like it on internet searches, please watch the short video below and if any one has seen it etc let me know? If you are bored with the start, just skip to about the middle, also best viewed in HD 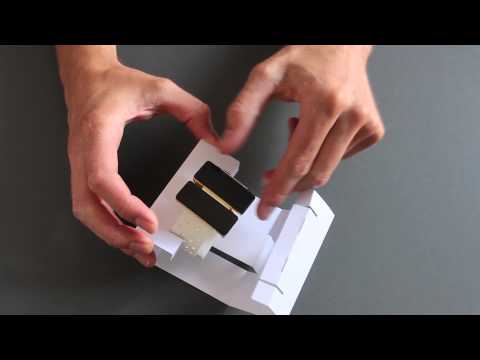 In production, the locking device would be much thinner, the strap is also adjustable by taking both sides it in or out under the watch body. 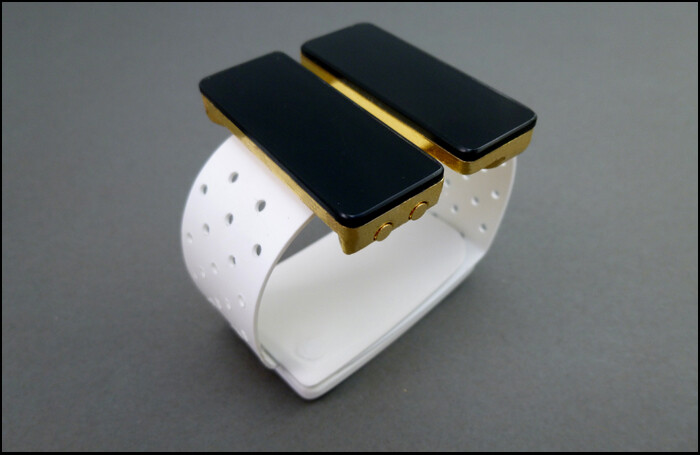 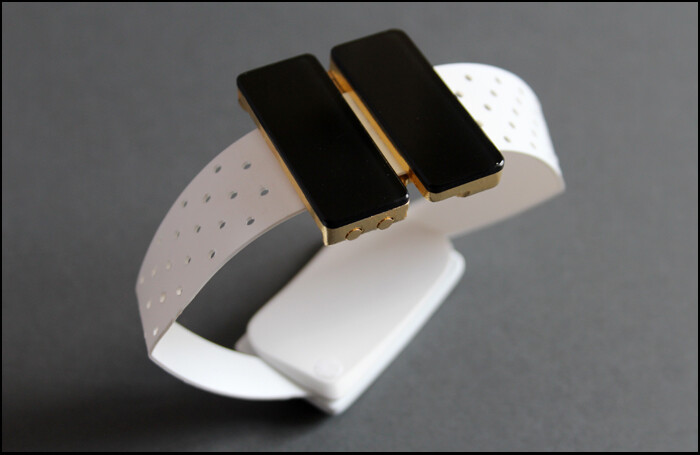 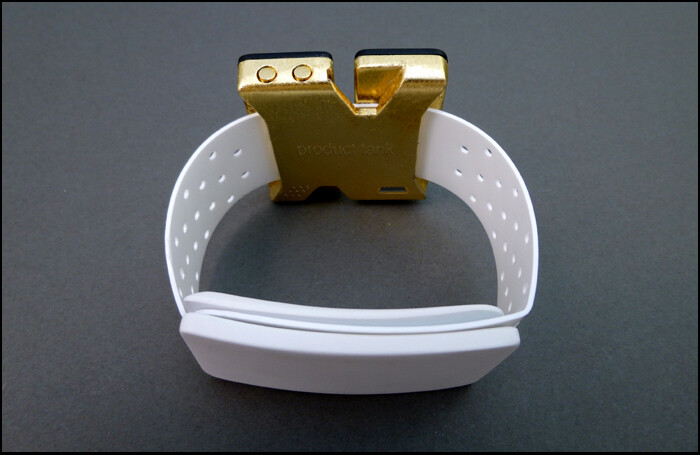 impressive! Do you have any jpegs so we can front page this?

Rad. I’d buy that if it existed and synced to my iphone.

Hi Guys,
Yo, that would be great, I’ll resize some images and send them over to C77 today.

I did a couple of designs and prototypes, so the prequel to the video I posted above can be seen below, sort of a design process video, with some model making that focuses on another watch design. For some reason it won’t embed, so please follow the link:

Some of the initial concepts 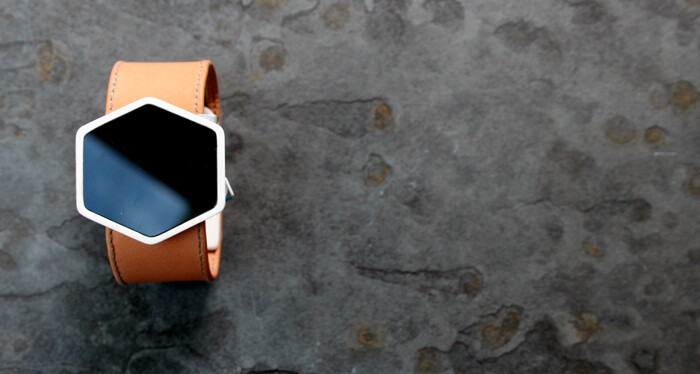 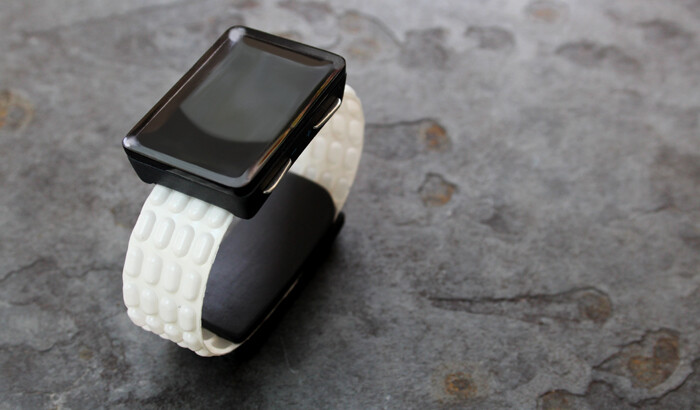 This final concept addresses the problem of having a large (usable) screen which wont fit under a shirt cuff, so the shirt cuff slides under it. The strap is made from a very fine stainless steel mesh - amazing material as it feels like silk. 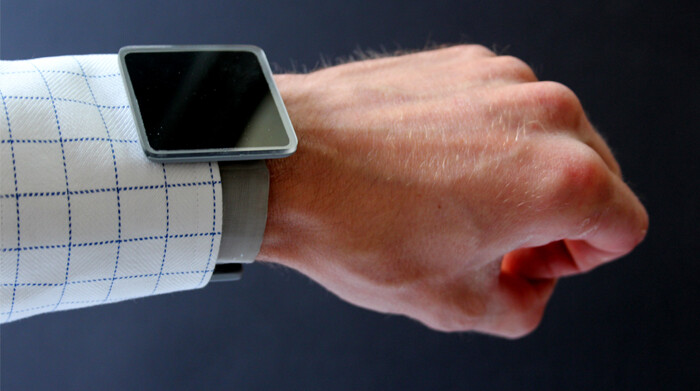 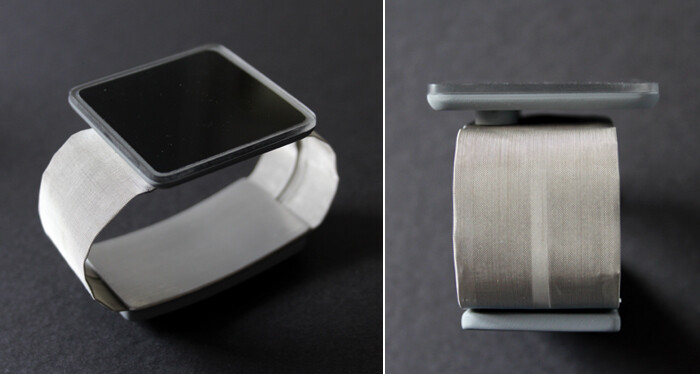 Dick Tracey would be proud. 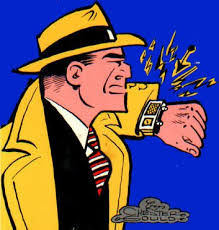 Ha! I knew that super sleuth would have beaten me to it. I don’t think he’d be wearing my watch though, I bet he’s holding out for the new i-watch like everyone else!

Thank you Core for posting my concept on the front page, I really appreciate it. So, has anyone seen a closure like my design concept?

Hi All
Following the publishing of my project on Core etc I received feedback. Many people wanted to see a sharper watch with a much thinner, smaller strap mechanism (the prototype was a bit bulky!). So I went back to the drawing board and having tweaked the design, I tried to make a model as thin as possible with lots of improvements. I hope you like the revision. I’ve made a short video, which won’t embed: 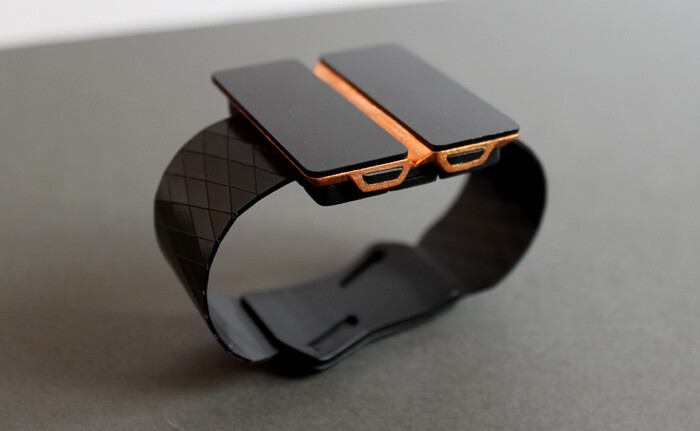 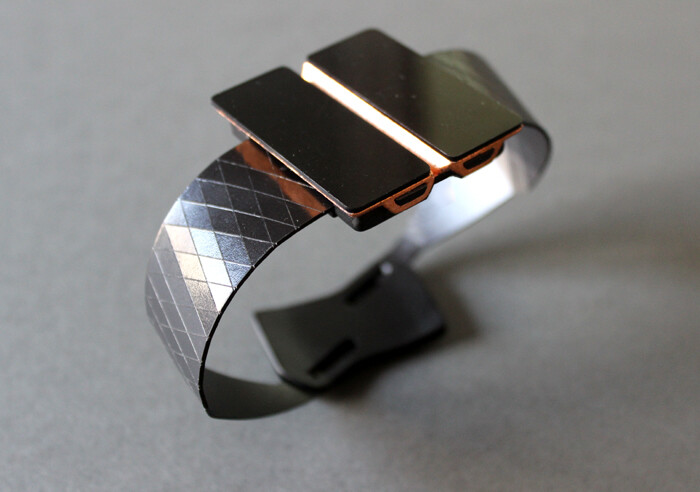 i like that u went back to the parted display. nice prototyping too!
i think it looks much more refined now.

some more constructive feedback:
do the straps have to end in small stripes?
and could the closing mechanism have an offset from the straps in the other direction? so that the first layer is made of the more comfortable straps than the hard plastic?

Hi JanD
Thanks for the comments.
The straps have to taper at the end, so that they fit together side by side in the closing mechanism and the closing mechanism remains the same width as the strap. If the straps are wider, then the angles the straps leave the mechanism are off centre, which means the watch face or straps are twisted, or not as comfortable. Unfortunately the straps cannot slide over the top of each other, they have to sit side by side.
The straps need to be sandwiched between two hard layers to get them to lock, have something to grip to twist and to stop the straps ‘pinching’ the wrist when they close. Having worn the design, you don’t notice the hard areas, its the same as wearing a watch with a metal strap. Or the hard area could have some padding or a different material moulded onto it, but it is comfortable.
With the initial design the locking mechanism was too bulky, but you didn’t notice it too much until you rested your wrist on a table, then it felt awkward. Now the improved design feels like any other watch, once worn for a while, you don’t notice it’s there. I am glad I went back and worked on improving it. PT

ah i see.
I guess from a personal and very subjective view, i would have liked the straps to end a tad wider but that also depends on the material.
Might have seen a little bit of a resemblance to those colored plastic straps you get at concerts and events instead of the stamps nowadays since they have those small ends.

Thank you, they are testing that prototype at the moment too.

This is such a great concept! I’m just as impressed with the variety of strap designs/materials/textures as I am with the watch face shapes/splits and the strap locking mechanism. This seems like a concept from the mind of a strong prototyper!

I guess from a personal and very subjective view, i would have liked the straps to end a tad wider but that also depends on the material.

Hi JanD, in the second image I previously posted, the strap is in its open position so that you can slide it on to your wrist. In the closed position, the strap is practically continuous in width, I’ve attached an image, but with tweaking, I could hopefully make any taper dissapear. You are right, the strap material I used for the prototype is polyprop, so I take your point that it can look a bit like a festival wrist band. 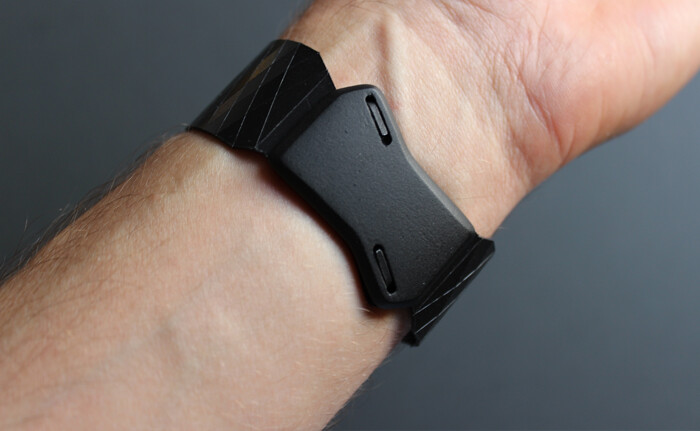 Yes, I was aware that it isn´t a very visible part . Just a little detail that I thought would add to the very nice overall design.