Was the Mercedes-Benz BlueZero inspired by Chris Bangle?

…or did he actually designed it?
I believe it’s the BMW 1 Series CoupÃ© that has the curvy line on the sides. 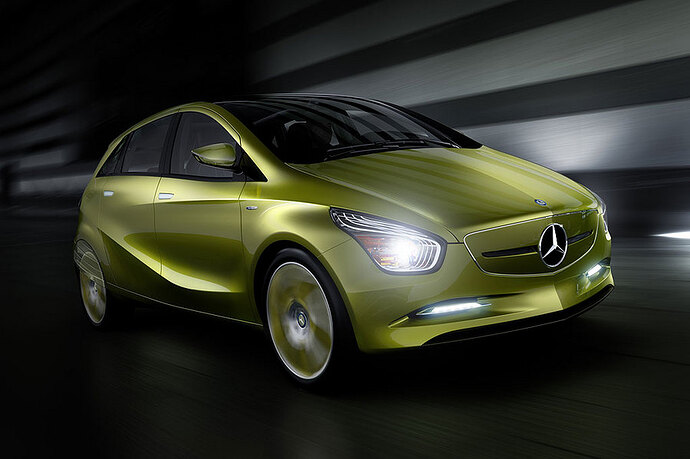 simply the ugliest, non-brand-recognizable vehicle I’ve seen in the past 2 or 3 years. absolutely horrible.

it seems Germany picked up and moved to the East.

Benz should have hired a freshman in design school to draw a potato, and it would have been executed one million lightyears better than this German-anese filth.

In an effort to stay positive, I will just say how much I love that Seat car. Why can’t they get that stuff over in the US?

because the big 3 are stups!!!

I don’t know why Ford cars look soooooo much better over in Europe. I just came back from eastern Europe last week from a 3 week vacation and I noticed how the Ford Focus looks so much better than the one here!

The Seat wouldn’t sell here because we like big cars.

Seat is owned by VW group. The Leon is the size of a Golf. They also have smaller cars, I don’t think any larger than that though. Also, that Leon is the last generation, they have a new, better looking one now (I think).

Maybe we will be getting some good stuff now that Chrysler is 35% Italian. I used to call them Kraisler, I’m not sure what the Italian would be. Chrysilissimo? Chryslofarina? Luigi?

Michael, lol
you got it.

I’ll end on a positive note as well, the Seat is a nice looking small vehicle, I greatly prefer it over the Benz.

without reading any text on the German-ese mini-Benz, perhaps the focus was to create a small car for the Eastern markets.

interesting to say the least.

I like the form of the Benz a lot, although it is clearly derivative and more of a departure from the brand, as Taylor noted. I generally prefer less complex and busy forms and designs. It will be interesting to see how whacky and busy side panels get overall in the coming years. Two sharp transition cuts seems to be the status quo these days. Where will we be in 2010, 3-4 swoopy side cuts all going different directions?

I needed to be listening to New Order to remember the new Seat. It’s the Ibiza…what a nice looking car!

This is the BMW 1 Series CoupÃ©. 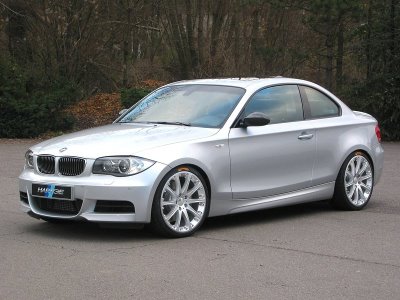 Either way, I think the Mercedes brand has done a good job with the GLClass; not to mention the new 2010 GLK! They are really comming alive with the SUV’s but that market maybe shrinking with gas prices and a need for more hybrids. Who knows, they may strike it big with a decent Hybrid SUV with the same agressive styling as the new GLK.

They could be giving BMW’s X3-5-6 series a run for thier money.

I’d have to disagree. The GLK has a lot of odd parts to it, check out that un-needed jog in the bottom of the headlight for example. Robert Cumberford did a great revie of the GLK’s design a couple of months ago in Automobile magazine. He tore it a new one.

The Jeep Grand Cherokee, BMW X5, Infinity FX or Range Rover Sport are better options in this market I think.

I just want to see the GLK on the road so I can see it. Some hotshot near me is going to whip it around for sure. If it was only a 3 row but I’m sure it wouldn’t be $35-40K like it is.

Everyone is doing useless jogs on headlight to bumper part lines…why can’t MB?

I was trying to quote Yo, but he said it was un-needed. I think useless works too. It’s just a trend that’s out there right now. Everyone is going putting jogs in all the part lines on cars. It’s a styling thing.

Some of us of a certain age remember when Germans didn’t do trends. Like Porsche to this day is still building the 356 from 1954 aren’t they? Sure looks like it. That’s how Germans did things. Now Merc is trying to get the Gran Turismo 3 crowd by puttin’ some fly Mitsu Evo X lights on the front of their GLX. Yah baby.

The GLK looks like a RAV4 in the commercial. Can’t stand the idea that, at this point, how much of the real value of the car is anything more than badge? The design surely isn’t showing me the difference. The big GL is a marginally gussied up Jeep.

And the BlueZero… Ugggh. A bad BMW design cue abortion.