Recently, I’m having these random thoughts about slowing down in the world today.

I’ve watched a clip about slowing down at TED.com as you might already have seen before
and it talks about what aspects of life we’re missing out just because we feel that
we have to be doing things fast and quick.

I believe we exist to enjoy life and seemingly we haven’t thought about
what life has to offer for us for god knows how long.

One of the things that we’ve invented to accelerate our lives is cars.
Cars have made us so much lazier than before their invention.
Before cars, people would consider 2hrs of walk like nothing.
Walking was just another part of their lives and was also one of the
reasons why more people were able to keep themselves in shape.

How could we make people walk more?

Walking provides so many benefits; If you walk by your environments instead of driving,
you are more likely to notice small details around you that you will be grateful for.
You would have time to relax and think of what happened here and there before in your life and such.
It goes without saying you will be much healthier.

I’m sure there’s a lot more benefits to it.

How could we make people walk more in today’s fast-rhythm life?
I’m not talking about walking or running on treadmills.

How about before new drivers get a license, they must walk 1 hour through busy streets and intersections to get a pedestrian perspective. They must then take a bicycle through the same route.

The next generation of drivers might then grow up just a little bit more aware and considerate, and also walk some places more often.

I love walking, especially in more natural surroundings, but less so in urban enviroments as you have to pay more attention to people / traffic etc. One of the things I really like about my walks is the way my mental space changes during the walk. For the first half hour or so I notice my chatterbox mind and it’s usual overactivity besieges my awareness, so much so that I often don’t even notice that much visually…but then after that half hour it seems my mind accepts that I am not wanting to indulge it’s constant chatter and a peacefulness decends upon me, often clearing the way for some much clearer thinking and the occasional bit of inspiration.

But Admitedly, I dont do it as much as I could or should ! 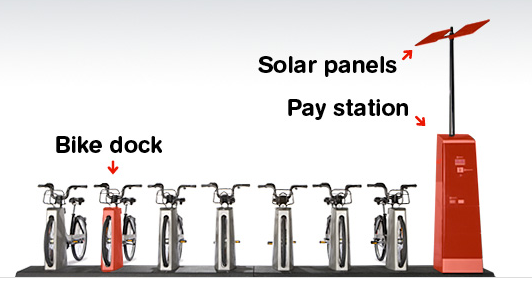 Walking is one the reasons I hate this latest IDEA award winner. Why do people need a bike…why not just walk? I can walk downtown from my place in an hour and half, sometimes less. I know that seems long and boring, but only the first time.

Another thing is that these non-frequent bike riders love to ride on the sidewalks, no matter how crowded they are! GRRR!

Finally, Montreal is a place where you can only bike half the year. Walking works year round.

Finally, Montreal is a place where you can only bike half the year. Walking works year round.

I live in a cold climate, too (Minneapolis) and I can ride year round to work, in fact there are more than 15,000 of us that do each winter. But that’s for another post.

Then there is the other side of the coin: newer communities were not setup for walking. To get from your house, to a grocery store for instance, involves crossing busy streets with no sidewalks, etc. Unless you live in an urban environment it’s just not happening. I’m sure if people had the choice between easily walking to get where they needed or driving, they’d choose walking. It’s just not easy enough right now for the majority of people.

How could we make people walk more in today’s fast-rhythm life?
I’m not talking about walking or running on treadmills.

We could ask more of the city planners, that public transportation works better, and more desirable to use

I love being able to walk to a train and zip down to work rather than sit in my car for 45 min in traffic, even if the train takes a bit longer. You get a little exercise walking to the station,then you can read and just have a little time to think on the way

The problem I have found is that in the 6 cities I’ve lived, only 2 had a public transportation system that I could actually use to easily get to work… not that I don’t understand the challenges of making a system that routes between every home and job. I suppose that in the other cities there were bus systems for making the longer stretches of the trip, but they never seemed convenient or comfortable to ride - maybe the experience could be spun better? Another part of the problem is that the sprawl of cities is bad sometimes and it just doesn’t always work to live near your job

The truth is you are never going to MAKE people walk anywhere.

Walking provides so many benefits;

We can perhaps only remind people of something’s benefit and that is likely all, aside from semi-forcing people in inventive ways…like perhaps making our other options a real pain in the butt!

…As I’ve already said, what could be better than a clearer mind?.. that’s not saying I don’t like some intoxication btw!

Why do people need a bike

Ooh Mr 914! - I would often prefer to walk myself but dissin’ mankind’s long serving cycle llike that! We should likely be thankful we are fortunate enough to have enough time in our day to walk!

I dont mean to scold here

Being the north, you can’t walk year round, but MKE has been building up it’s Riverwalk project since 1988. It’s over 3 miles of walkway that runs along the river through downtown. It’s being built up gradually, so there are breaks where you have to divert to the sidewalk. Many bars, restaurants, cafes etc have opened up on the riverwalk. It’s a nice way to get around if you’re enjoying an evening out downtown or during the day, going out for lunch.

Read more about it here:

And as a quirky sidenote, it was mentioned in the remake of “dawn of the dead” as being unsafe due to risk of zombie attacks. 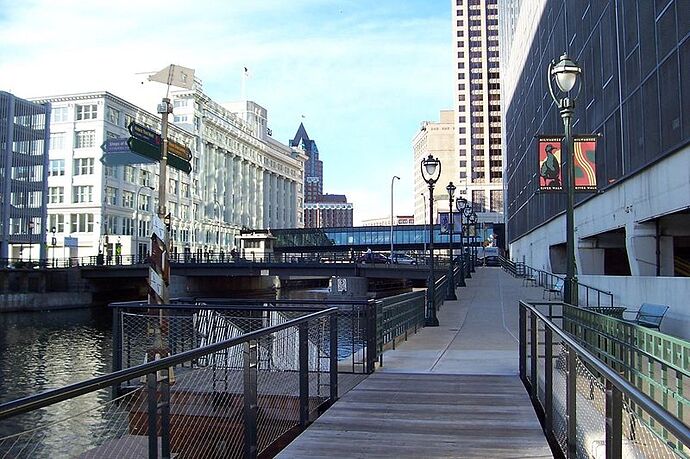 This is one of my favorite things to see!
You get people that are too lazy to tour the city on foot.

I have a car and don’t use it on the weekends. I walk all over the city.
Friend that come to visit from the suburbs don’t like walking.
They are used to drive from door to door. 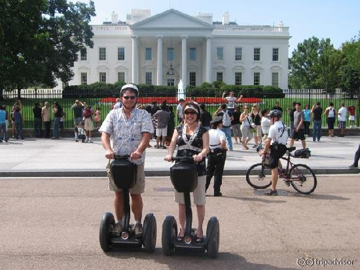 Wallflower: Sorry, I didn’t mean to diss the cycle. I love my bicycle. My question should have been, “why do people need to rent a bicycle?”

Benny: Did you get that photo from my facebook page? I love that riverwalk in MKE. Unfortunately, downtown MKE is about as populated as Antarctica! Beautiful though…I highly suggest MKE for tourism.

Travismo: I agree. In Phoenix, it takes 1.5 hours to walk from my parents to the grocery store. Here in Montreal, it takes 5 minutes. I have a walk-in clinic at the end of my street too (15 minute wait if you get there before he opens at 9 am, btw).

I actually blame planning. We need to let people live where they want to. If I own piece of land next to a factory and I want to build a house there, I should be able to.

I actually thought of a concept of a ‘Walk Miles’ as in ‘Air Miles’
So that you can use it at your local grocery stores or what not.

The card or whatever you have will detect your footsteps from your home
and build up points.

Because for money people will do anything and walking should be an easy sacrifice.

I agree that you can’t MAKE people walk.
It’s only their own motivation I guess.

no, that photo is from wikipedia… did they get it from you!? It is about as populated as Antarctica. Very safe.

Seriously though, it’s getting better, really been built up in the past few years.

Like 914 said, if you live in some cities, it’s much easier to walk or ride a bike than drive… sometimes its how close everything is and sometimes its the freaking parking. I have a scooter and It’s not even easy to park that when your downtown.

I spent some time in Houston and that might be the sprawl to end all sprawls, let alone being outdoors in the summer for more than 5 minutes leaves you a sweaty mess

interesting fact: I had to do some research on London lately and from what it seems, there is actually a $40 per day car-tax to bring a car in the city. That’s why all you see around there is bling cars I guess…