Do you Photoshop guruâ€™s use a wacom tablet an pen are do you use a track ball type mouse to do your renderings?

it is a mouse that has the ball in the top and you just use roll it with your fingers and not the whole mouse.

it is a mouse that has the ball in the top and you just use roll it with your fingers and not the whole mouse.

I don’t think anybody aside from maybe a few IT guys stuck in the 1990’s still use trackballs. A mouse + Wacom or Cintiq gives you all the control you need.

Ugggh. Those trackball mice are a nightmare!

When you say trackball mouse, do you mean the old style mouse with the ball that rolls on the desk’s surface and senses directional changes, as opposed to the optical mouse? 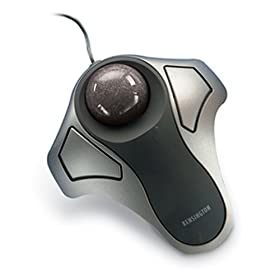 yes, that is the kind that I have an use.

yes, that is the kind that I have an use.

The kind pictured above or the old fashioned roller ball mouse I was attempting to describe above the photo?

the one that is a like the photo a ball on top that you use your fingers to roll, not a old mouse that has a ball in the bottom and you roll the whole mouse.

Understood, that has to be wicked hard to control. My advice would be to purchase a WACOM tablet or Cintiq.

I know one or two people that like them. I’ve always hated those, even when thats what was on the video arcade games back in the day. The rollerball is probably what kept me from really getting into gaming, LOL!