Other than the silly name and some of the details (like electric skateboard docking and charging?) this thing seems pretty production ready. Even the seats are a reasonable thickness (typically concept car seat are paper thin) and the wheels seem like a reasonable size. Nice to see a wagon concept.

Overall the reason this is standing out to me is it has a return to simplicity. Look at that rear bumper! No silly form kinks, no fake exhausts, just nice clean form work.

Volkswagen introduced the newest addition to its ID-badged family of concept cars at the 2019 Los Angeles Auto Show. Named ID Space Vizzion, the seventh member of the line shares its modular MEB architecture with the firm’s other electric vehicles, including the ID.3 already in production.

The ID Space Vizzion is a design exercise that shows how stylists can apply new ways of thinking when designing a battery-powered vehicle. An electric motor is smaller than a comparable four-cylinder engine, so designers were able to give the concept a low hood that’s relatively short. To us, this sleek wagon’s front end design is almost eighth-generation Golf-like; it’s quite a looker. 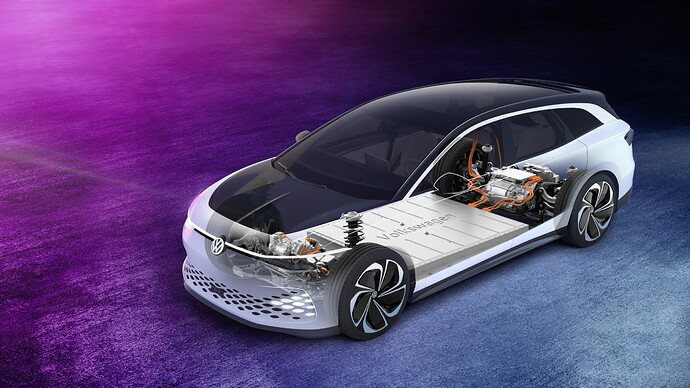 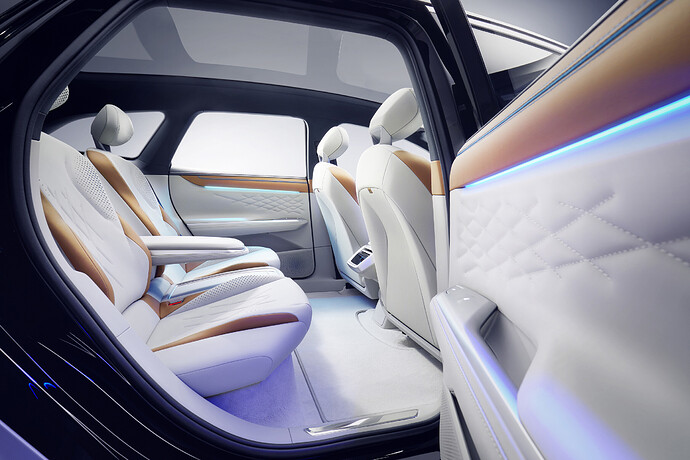 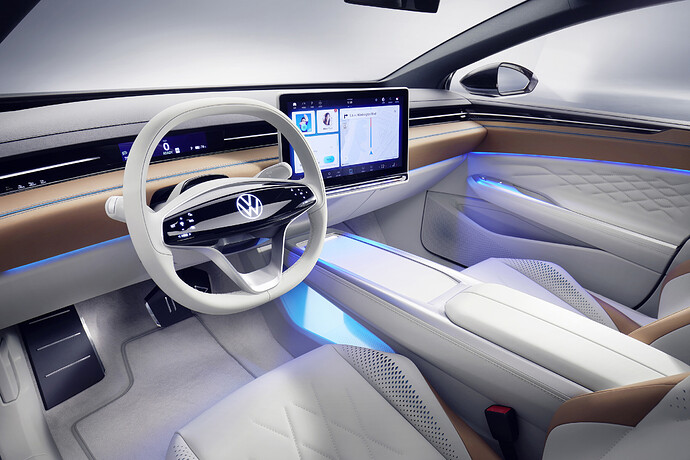 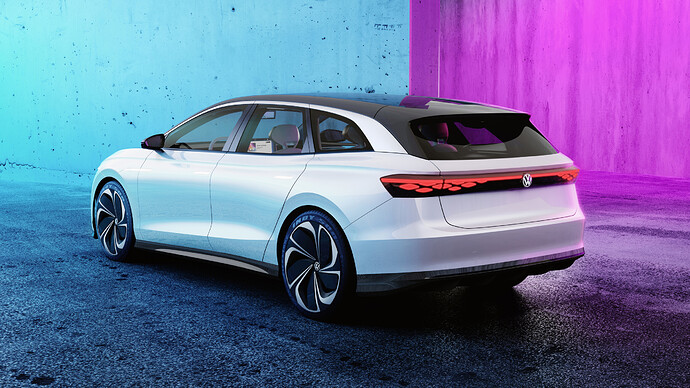 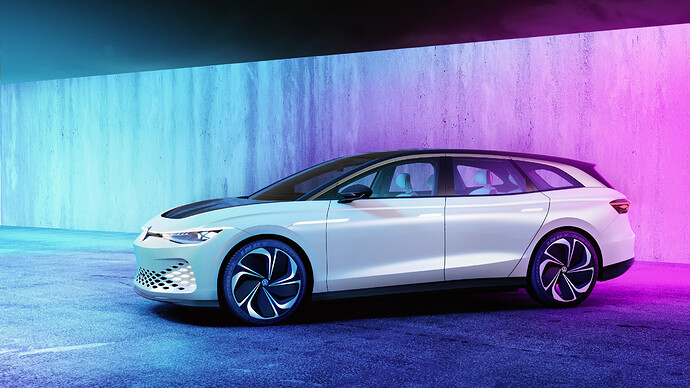 Oooooo… I don’t mind this at all! Seems nicely proportioned, and probably feels a lot bigger than it may actually be, too.

My one gripe, and this is true with many other cars, too: Why can’t we still have a standard gauge cluster? Yeah, yeah, it’s all batteries, but I do like seeing a standard speedometer front and center along with other ancillary information. Range to empty, trip, odo, temperature, etc. I’m sure some of that’s unecessary, but I feel like dropping a 15" flat screen in the dash is ignoring the fact that people drive. The Mach-E actually did this pretty well…

Chris, it looks like they have you covered. The screen is just well integrated into the trim, kind of like the old gauge clusters on the second gen Prelude or some of the older Buicks. 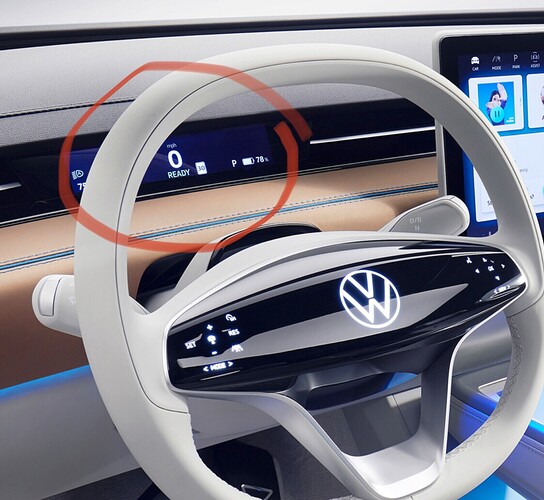 Agree this looks nice and pretty close to production. Even looking at the shots of the interior and trunk space looks like it’s ready to go. Sure it will lose some of the fancy perf details and extra glowing stuff, but I like. About time VW stepped it up. They’ve been getting steadily worse for 10 years.

Do we really hold out belief that this will look anything different than a MK8 Golf with the Sportwagen stretch and maybe a slightly more flowy grille graphical treatment?

This speedometer would be so much better. CLASSY! 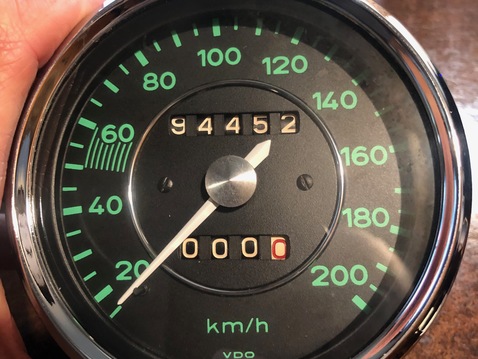 Back to the concept car design…couple thoughts:

Do we really hold out belief that this will look anything different than a MK8 Golf with the Sportwagen stretch and maybe a slightly more flowy grille graphical treatment?

RE VW/Audi design. It seems like whatever Audi does VW basically does a few years later (hence Arteon, which is is a weird product anyway, people already decided they didn’t want the Phaeton or the Passat CC, but here is another one… you guys already have this consumer with the Audi A4 and A6, let it go). In this case I think this is a lot cleaner than anything Audi is doing. Their current line up looks a bit cheap and tawdry to me. Lots of faux bling things and random crease lines. They don’t feel very German. This feels more sorted visually.

Nice to see a corporate spokesperson get the historical trivia right in this interview: The Volkswagen Space Vizzion Brings The Wagon Into The Future

Chris, it looks like they have you covered. The screen is just well integrated into the trim, kind of like the old gauge clusters on the second gen Prelude or some of the older Buicks.

Oh man. One summer in high school I drove my great uncle’s Cutlass Supreme (yeah, you’re all jealous) that had a gigantic digital numeric speedometer. Every time you accelerated or decelerated even somewhat quickly and the numbers started rapidly ticking up or down you thought a warning light was going off. The. Worst.