Obviously he is so much in his own cloud that he doesn’t recognize the passenger
in the back seat taping all of the conversation. Granted, the recording devices are
becoming ever smaller. 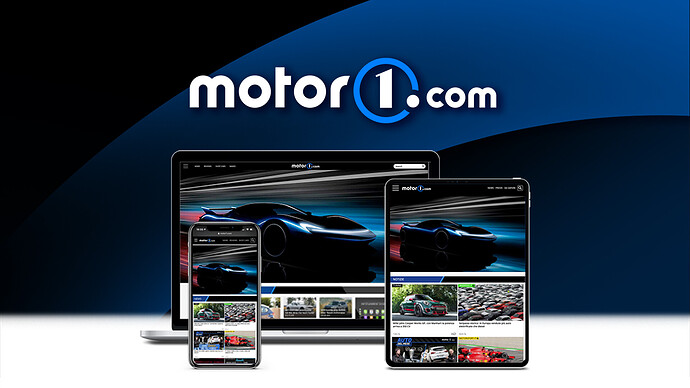 In the midst of the world's press corp at the recent Frankfurt Motor Show, VW CEO Martin Winterkorn strolled over to the Hyundai stand to check out the i30, a competitor for the top selling Volkswagen Golf. 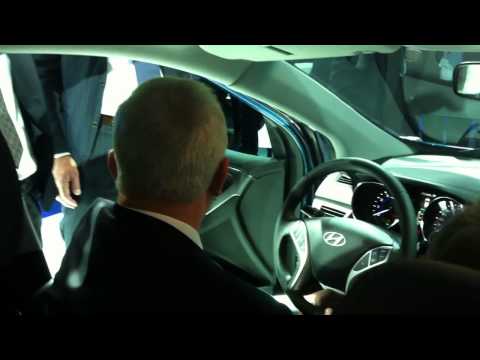 Making for interesting teaching never the less. At moment I am halfway through
Bob Lutz’ new book. I’ll write some reflections on that one later.

bngi: The synopsis is here:

In the beginning of the video Winterkorn whips out a magnetic tool used in measuring the thickness of paint used on the liftgate. He then proceeds to walk around the i30 grazing his knuckles across the hood-to-bumper shut lines to check for evenness. Once seated in the driver’s seat, the mood gets serious as Winterkorn investigates further. He calls out for VW design boss Klaus Bischoff.

“The lever for the steering wheel release makes no sound while moving. BMW can’t do it, we can’t do it, why can they?!” Bischoff replies, “We had a solution for that but it was too expensive to produce.”

Maybe mo-i will let us know if there was anything else critical discussed. Definitely stunning how well Hyundai is doing in NPD right now. Love the i30.

The only critical comment that additionally was made was about the material of
the dashboard. Mr. Winterkorn sounds very dissatisfied when uttering "they are
using all the same as we do, no more mixture, butt…(not understandable).

I’d love to have a transcript of what was going on, but the backround noise is
cancelling many things the two in front are discussing. The most important
pieces are given in the Worldcarfans text.

some guy in korea just blew his wad.

then drank himself to death on soju.

Hopefully this will scare the bejeezus out of him and he will use that to empower his teams to do better and hold them accountable.

VW CEO looks to be way to close to the details. The design and engineering groups at VW will likely be on the receiving end of a tongue, tape measure and magnetic paint thickness gauge lashing when he gets back to HQ.

The I30 was designed and engineering in Germany at Hyundai Motor Europe Technical Centre in Rüsselsheim, so it is not a Korean Engineering Vs German Engineering story. Perhaps Hyundai’s CEO does not own a tape measure, but trusts his people to design quality in, instead of inspecting it at competitors show booth at Frankfurt!

51: Sorry, I’m not sure if I’m reading into your comments right, but you’re complaining that the CEO of a company is TOO invested in the products they make? That’s an absurd statement and what’s wrong with most CEOs: they don’t really care that much about the product, but rather care about optimizing operations (lower cost, higher profit). You should read this famous story about Steve Jobs, who called someone on Sunday to tell them that the color of the ‘o’ in Google was the wrong shade of yellow in its iPhone app icon: https://plus.google.com/107117483540235115863/posts/gcSStkKxXTw

I agree with Michael: this is very, very surprising. Mo-i didn’t really set up the video in a positive light, and I was expecting this to be a video of the CEO talking shit about Hyundai. I’m glad that he’s very product oriented and I wish more CEOs were like this.

I’m sure there are some good press releases from Hyundai’s PR department to support your view, and I’m sure there are some proud designers and engineers in Europe who will take as much credit as they can. But anyone who has been in the world of satellite design, r&d, and technical centres will recognise that this car does not get designed and MANUFACTURED this way without heavy, heavy involvement from Korean headquarters. DECADES of effort and benchmarking and supplier relationships etc. IN KOREA - and yes, increasingly globally - allow this to happen.

I agree with Michael: this is very, very surprising. Mo-i didn’t really set up the video in a positive light, and I was expecting this to be a video of the CEO talking shit about Hyundai.

The difference between the US and Germany being here, that I took it for granted, that the VW CEO
is that deep into product. Sorry, but I really did.
*
It is completely the norm for even senior managers in the car business to do that kind of “due dilligence”
on a competitors product, but not in public.

What put me to anger was him losing self control in front of the camera.

The part about the Rüsselsheim engineering and desing center is very true. Hyundai and Kia hired a lot
of ex Opel (GM) and ex Ford engineers and designers of median age, who where eager to prove what they
are capable off, when freed of the bureaucracy of the former.

I just wish some more content of those cars was produced locally, as I really like where espacially Kia is
heading.

mo-i: That’s the kind of cultural insight I love about the mixing on these boards.

CEO’s who carry paint measuring tools: I’m on the fence with this. There is a thin line between a CEO who wants to be involved and a CEO who has the knowledge to be involved at this level of detail. I’m sure that VW and Hyundai have a team of engineers who specialize in paint. They have decades worth of knowledge in paint and finish. Whatever the result of that test was, I think the CEO has no where near the knowledge to interpret the results. However, if he’s good, he will be armed with the right questions to ask his engineers. Why? How? How much? When can we? What’s the investment? etc.

I must admit that I just looked it up in wikipedia. Mr. Winterkorn in fact has a doctoral degree in metallurgy and
was head of quality at Audi for a long time. I am pretty sure he knows how to gauge the paint thickness.

Now I am more puzzled how adequate it is to let him run the whole show. Till now he is looking to do well.
So why not?

mo-i: I figured Winterkorn would be the type of engineer that Ferdinand Piech (Porsche & VW) was. He should be looking at paint thickness. However, there are plenty of things on a car that he isn’t necessarily an expert in (plastic moldings, rubber, engines, transmissions, suspension).

This Hyundai i30 competes with VW’s Golf model but it the VW CEO was upset over the Hyundai parts build quality. Well for me, the warranty doesn’t make the CAR better its the engineering and cost that went into the car to make it better. I still go for this Hyundai I30.

Yeah, I have to agree with the people saying that the CEO should have better stuff to do. It’s great that he is a champion of his companies product, and is engaged in the field, but he should trust his design people or get new people. It sounds like he is about to get new people.

Thinking back to the Bob Lutz book, he says that real car enthusiasts are incredibly rare in the industry…

Just saw this thread now and ^ I do agree with yo. It maybe true that some CEO doesn’t care about their products but all they think about is how sales will go up and stuff like that. I do hope that VW would be better with what their CEO is doing along the way.