Any software suggestions for creating 3D models and then being able to view them using Oculus Rift?

This will take a model from just about any 3D software and go to VR with interactivity if necessary. Just took it for a test run at Solidworks World and have to say that it was pretty damm impressive and I can’t stand VR…https://www.virtalis.us/

I used sketchfabs VR viewer for a while. It’s free and can offer incredible visual fidelity. It needs some time to set up your scene though and it is not “ready to import”. All the models must be converted to proper meshes and the workflow for the shaders is a pbr workflow common in the gaming industry for example, so it will need some time to learn how to do it correctly. Also, obviously it is not meant for industrial design specifically and is really more a viewer. 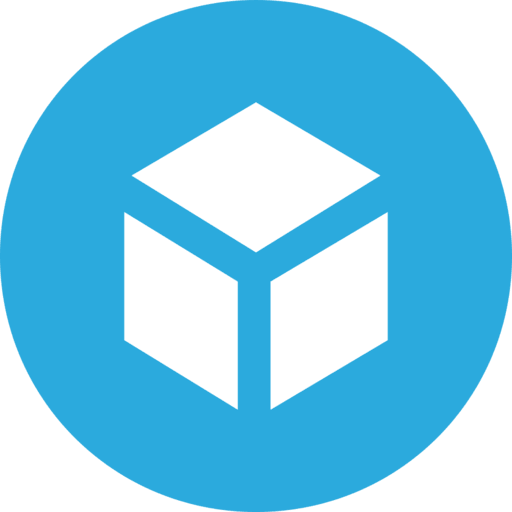 Sketchfab - The best 3D viewer on the web

With a community of over one million creators, we are the world’s largest platform to publish, share, and discover 3D content on web, mobile, AR, and VR.

I’ve used online VR viewers in the past and was mostly dissapointed in their quality. I mean they’re great for a quick review of a CAD model and require little to no effort to set-up, but this also means little to no added value.
Lately I - , and other persons in my design team, are using Unity3D (https://unity3d.com/) to review and render 3D models in VR and create real-time renders and small animations. So far it’s working great.

Unity is relatively easy to learn if you know the coding basics. And even without these, the main site has loads of tutorials to get started on basic VR development.
If you model in CAD-software that has the option to extract the UV-mappings of the model, making realistic models is relatively straightforward. It’s not exactly Keyshot click and drag but basic photoshop skills do the trick.

The great benefit of Unity (and other game-engines such as Unreal) is the big community behind it, with loads of active VR developers.

How would you go from SolidWorks into something like Unity with materials and textures? SolidWorks to Keyshot and then push out an OBJ or something?

I’m currently working on hololens development (so I can’t specifically speak for VR, but I figure it’s about the same process) and there are a few ways to go about converting your parametric model to mesh. The way you would do it really depends what you are building. An automatic conversion from an stl in solidworks leaves you with a huge number of faces which can really slow down your processor if your running a game or heavy animations. If it just a static model it should be fine though. I usually do one of two things since I’m best at modeling in solidworks. Save your solidworks model as an stl, import into blender or other mesh modeling program, reduce faces using the decimator (if your building more than a static object) and then export as a dae or obj, from there you can directly drop it into Unity. Also I’ve been messing with Simplygon which is a mesh reducer that is compatible with Unity. It seems to be a lot cleaner than Blender which tends to give you a pretty messy face layout (from stl) making it difficult to create accurate UV maps. For materials and textures, I would just build them in Unity.

@Parts+
That’s a weird thing to say because online VR viewers like sketchfab are in fact based on unity. What “added value” over e.g. sketchfab has it to code you own VR viewer? Seems like doing a lot of work others have done before.

@MK19
The shaders for realtime have nothing to do with keyshot. Keyshot is it’s own little render world that can’t be exported out in any way. You have to build your own shaders via texture mapping, it is a very different approach. Google pbr shaders

The simplest and most cost-effective way is export to STL, remesh with Meshmixer, and you can texture paint it in Sculptris.
The you can export to an OBJ that is usable in many VR/AR environments such as Aurasma.

The question is do you want to view CAD specific geometry, or just model for 3D?

VR is notoriously sensitive to framerates so if you want to create VR assets from scratch, modeling them in a typical animation package like Maya, Blender, 3D Studio would be most efficient.

If you want to go from CAD->VR, you will still need a conversion tool - going directly into Unity will not give you proper control over things like mesh normals or UV mapping which is important if you want to be able to shade or texture your model. If you just wanted to view solid colors for fun, that’s easier you an import an OBJ model directly.

Otherwise, export your CAD to any animation tool, Blender is free. You can use that to simplify and clean your geometry (delete internal polygons, objects, back faces to simplify geometry), create UV maps that match your intent, apply textures and then export to Unity. It’s important to know that textures and shaders are considered different in the game environment. You’d want to apply texture maps in the animation tool and then apply your shaders (material properties) in Unity.

Explore Radeon™ Pro graphics for workstations and unleash your creativity for mobile and desktop. Get the workstation GPU that's right for you!

That’s interesting - but given that it’s made by AMD I wonder if they would completely forgo supporting anyone with Nvidia GPU’s (which right now are the preferred hardware for VR in terms of performance).

Also looks like it’s still only a private beta.

One nice thing about Unity is you can also download a number of existing professional shaders for common/complex materials like car paint. You’re not going to get ray tracing but you can certainly pull some convincing visuals for real time rendering.

I was at Develop3D Live on Tuesday and tried every CAD VR company out there. Nothing suffices. Nothing yet works better than Unity despite the workflow to get there being ridiculous. I have heard VRED works well too but have not tried it. Also hoping KeyShot 7 has some kind of VR setup.

As a lecturer I contacted AMD to get early beta to their ProRadeon plugin for SolidWorks and all they sent me was some terribly broken beta program each time. The one they showed at Develop3D was much more advanced but still only slightly better than Photoview 360 and nowhere near Keyshot or Visualise or VRED etc.

I don’t see Keyshot ever having a true VR mode.

The nature of Keyshot (and really any CPU based Raytracer) means that it will never be able to generate a high resolution image in real time @ the 60-90fps needed to keep you from puking in VR. Their current “VR” mode is really just a 360 render of a ton of still frames.

VRED is GPU based and it looks like they have (or are working on) their VR capabilities: Autodesk VRED on the HTC Vive - Virtual Reality and Collaboration - YouTube

I wonder what will stop Keyshot from porting their render engine from CPU to GPU in the future. I don’t know a lot about how this works on a technological level, but at least Cycles from Blender has both and you can switch between them: a fully featured CPU mode with all the shaders and caustics and what not and a slightly less feature rich but blazing fast GPU mode.

I think actually Keyshot HAS to come up with something like this or at some point in time there will be a competitor who will offer the same Keyshot does, only on the GPU and much faster. And then Luxion would be in trouble.

I was just about to post the exact same thing. Maybe one day Keyshot will have a GPU rendering option. Must have been pretty short sighted for them to code it as CPU only ever.

I have been following the development of Storyboard VR by Artefact, which they just released to the masses, it looks like it could have a lot of potential; Storyboard VR | Download a free tool to prototype VR ideas | Artefact I’m on a Mac at the moment, so can’t run the software, but would love to know if anyone else has had a play?

As per a lot of the previous posts… Unity looks like the other most obvious route.

Right… off to find a machine that runs Windows…!

I was just about to post the exact same thing. Maybe one day Keyshot will have a GPU rendering option. Must have been pretty short sighted for them to code it as CPU only ever.

Not that simple. It’s not just about what chip they’re using, its the fundamental premise of how it’s built.

Keyshot was meant to deliver fast raytracing which is what gets you photorealism, proper lighting reflections, refractions, shadows, etc.

VR and GPU based tools leverage the OpenGL and DirectX and CUDA optimizations that emerged from gaming to allow people to visualize things instantly.

There are GPU based raytracers out there that take advantage of CUDA and GPU performance: GPU Rendering Solutions for 3D Designers | NVIDIA

The issue is while these ray tracers may be faster, they still aren’t 90FPS a second fast which is what you’d need for VR that doesn’t induce nausea.

Saw this and it’s relevant for those interested in the tech side of things:

You can see they’ve begun applying the same codebase for VRay that can run on both CPU’s and GPU’s. While it makes for dramatic increases (up to 400% in some cases) still far away from real time. Of course GPU’s scale much better than CPU’s so I’m sure 3 years from now we’ll revisit this thread when a 200 GPU cluster can do real time VR raytracing @ 90 fps.

Nevermind the future is now! (No actual mentions of raytracing, just realtime VR based on Unreal)

Hey folks!
I hope someone sees this and finds it still relevant to them. Now I find more and more various 3D printing software. You might want to check out this guide: The Ultimate Guide to the Best 3D Printing Software 2020 | Top 3D Shop