Like so many Volvos, the wagon is strangely hotter than the sedan. The nose looks funny, but is much more in line with European styling trends. Perhaps that’s why the sedan has gotten some hate on the boards.

nice car, terrible music. How many Volvo owners listen to Metallica or whatever dreck that was…?

Would be better with a classical, jazz or NPR soundtrack. No, really.

Is it me or do a lot of wagons look good only at a three quarter view? Side on the bonnet looks too long.

More hair metal in advertising. I want every Volvo owner to fantasise they are in a Whitesnake video.

Well, I think the music was meant to be a funny juxtaposition, it is a Swedish hair metal band, I think called Mustache. I agree, 914, I think this makes a really nice wagon, liking the composition of elements on the back end.

Well, I think the music was meant to be a funny juxtaposition, it is a Swedish hair metal band, I think called Mustache.

Yeah, and they are from Gothenburg, hometown of Volvo. The singer was leading a TVshow reently that was very popular with the average crocs-wearing swede. Perhaps that could be the background. Or perhaps they want to reach a younger audience and make Volvos cooler.

Don’t know if anyone noticed, but Volvo hasn’t had a V60 before. I guess it’s bigger than V50 but smaller than V70. Or will the new V50 shrink to compete with A3 sport wagon, which has become very popular with the DINK crowd?

They do have a V40 though. I think they just confused themselves with their stupid V, S, C numbering system that replaced the traditional 240, 740, 960 system.

as a longtime Volvo follower and two time owner (480) I am split on that one.
One of the main points of a wagon is ample cargo space. The new one doesn’t look
like it delivers. Rear legroom is weak, too. Stylewise I am doubtful as well. I’d like
to postpone judgement until I see it in person. The twisted shoulder line in connection
with the busy nose is a little too much tension to be a real “brick”. 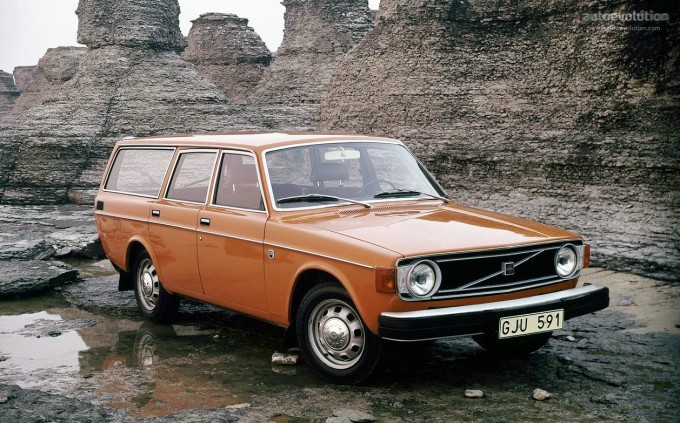 Simplicity is harder to achieve than anything else. True, VOLVO has to evolve it`s style as well as anybody
else. For me, though the V60 looks like two cars rather than one. The rear is much more delicate than the front:

Im having a real hard time figuring out where Volvo is going as of now…
The v60 just seems like such a blend of all kind of styles. I’m a bit baffled actually…
Seems like the volvo characteristics are disappearing for every model released.

mo-i: one thing that turned me off as a “brick” fan is the hatch. This is the first Volvo Wagon (not including the P1800 and C30) to not have a near vertical rear end. That hacks off some space & utility.

bng-i: I’m curious about where the Volvo designers see the brand in the future. I think, like a lot of niche makers, they want to expand out beyond their base. However, it’s super hard to do that, as we’ve seen from Subaru, Saab, Saturn and a number of other extinct or niche brands. The good thing is that they seem to still be in transition.