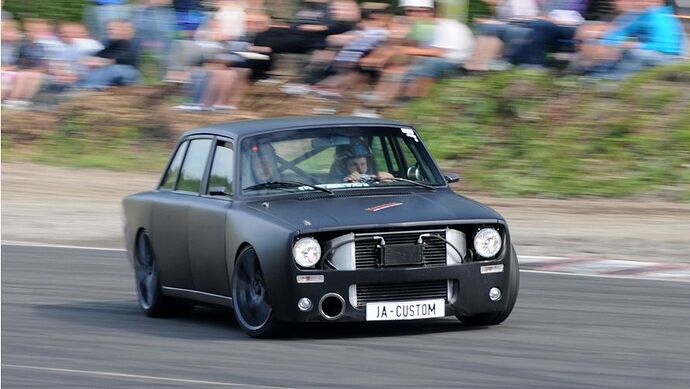 The “iconic” Volvo 142 and Volvo 144 Models might be just that. A nice next target for
Icon Motors broadening their range from SUVs to more streetable art.

I love the über-stripped 140s! Just by getting rid of the bumpers it gives the car a whole other character imo. Too bad these projects are mostly done by 15-16 y-o hillbillies here in Sweden (you can drive a tractor when you are 16, so they modify them to be registered as tractors, legal speed 30km/h) so you see lots of boy racer bling. The more tasteful restorations tend to focus on the original look. Rarely a tasteful minimalistic mod.

I wish the transition from the front fender to the door would have been smoother, but this is still a really nice project! It’s also cool how the image above really shows how Volvo has kept the design DNA of the 140/240 alive in their current models. I think perhaps it is the absence of door handles that makes the “shoulders”/side profiles more prominent. 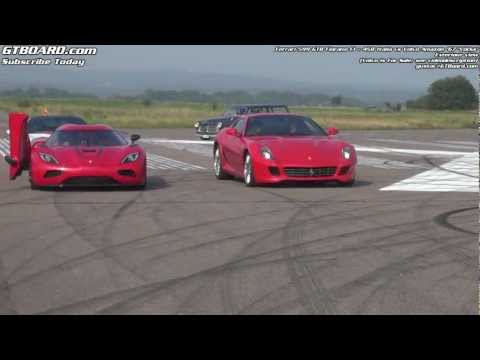 I liked it until this part:

In the rear, in turn, has to go through the newly installed Plexiglas floor is now a clear view of the drive shaft, the rear axle, the exhaust system and the asphalt. The tank and the battery went into the trunk.

Thank you for posting this up.

Cool to get this much positive feedback for something one didn’t have a hand in, creating.
One more thing: It is not only the door handles they deleted. The body was significantly
widened, one doesn’t notice that on first glance. And the rubbing strips were deleted as
well to bring out the whole, shiny brickness.

A lot of work for a subtle result. (subtle ?)