I like it alot apart from the vortex grill. And the headlights seem a bit squished. And the taillights dont jive with the front… But the form is gorgeous.
Not sure if it’s a Volvo though… replace the front and it isn’t far from the latest production SAAB 9-5. But I like this direction more than S60 seemed to hint at. 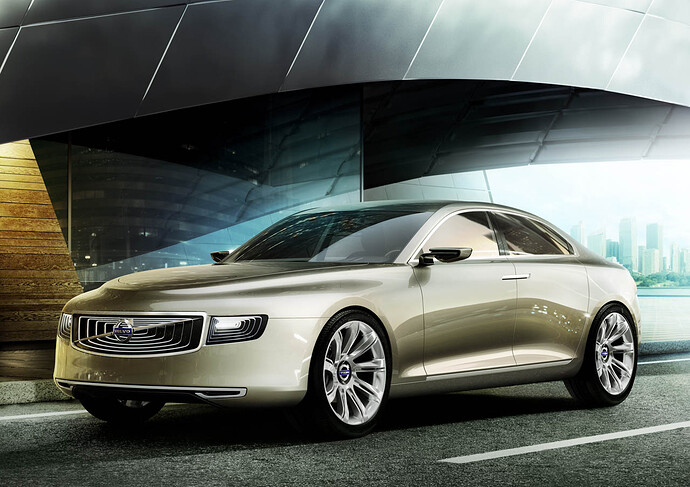 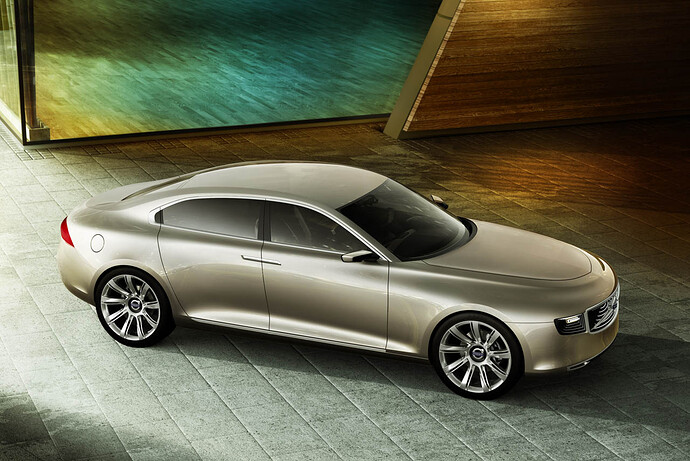 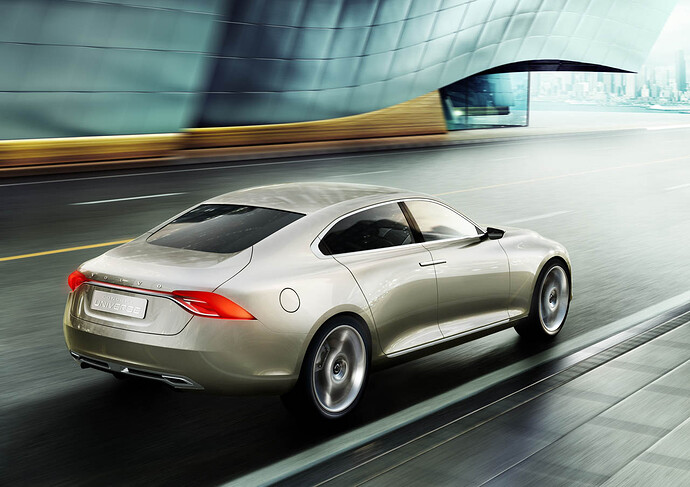 Funny that I didn’t like the lights, just read about it in a Swedish newspaper after posting:

The front and tail lamps are designed for Chairman Li Shufus wishes.

"He wanted it to feel as if sucked into the infinite universe to the planet Volvo when you stand in front and we have tried to create. For the tail lamps, he gave us the impression that you are standing on a sandy beach where the sea is empty and you feel total inner peace, "says Andreas Nilsson, head of Volvo’s strategic design department.(Google translate via gp.se)

And an image of Jonathan Disley from the design department who did the first sketch for the concept.

engio: That’s funny. My first impression was, “this looks chinese”. Now I know why.

There is just something awkward about the design. Especially in that rear overhead view. The window seems too small and the rear overhang too long. I can’t point to one thing, just the proportions are odd ball.

As an owner of strictly Swedish automobiles (specifically SAAB and Volvo), and an Industrial Designer, I can, without hesitation, say this vehicle is…

A) Not a Volvo, not even flirting with any of Volvo’s strong design DNA
and
B) Not even close to Scandinavian design at all

That attempt at a PV544 hood line just doesn’t work here. The headlights and grill are awful, but obviously not something that could ever see production. And suicide doors? No. As for the rest, they sure painted it the right color. Beige all over. And a very long way from the sketches he’s got on the whiteboard behind him- that split 122 grill is kind of interesting.

I think everyone who’s ever owned a Volvo is a bit worried about what Geely is going to do to it, and things like this:

“He wanted it to feel as if sucked into the infinite universe to the planet Volvo when you stand in front and we have tried to create.”

I think everyone here pretty much summed it up. This sucks and isn’t Volvo. I also was quite captivated by the split grill in the sketch behind the guy…

Every part of this is completely incohesive, and both bland and offensive at the same time. That’s tough to do.

Its a mess of disparate cliches. This should be the first step to designing a new volvo:

LMGTFY - Let Me Google That For You

For all those people who find it more convenient to bother you with their question rather than to Google it for themselves.

It’s a shame the chairman forgot the golden rule:
Hire people smarter than yourself, and then let them do their jobs.

That rear feels like an uninspired Jaguar copy, and the front is abhorrently ugly… as everyone else said, the two don’t even remotely match.

I feel like we are seeing a real trend in pure ugly lately. What is going on? 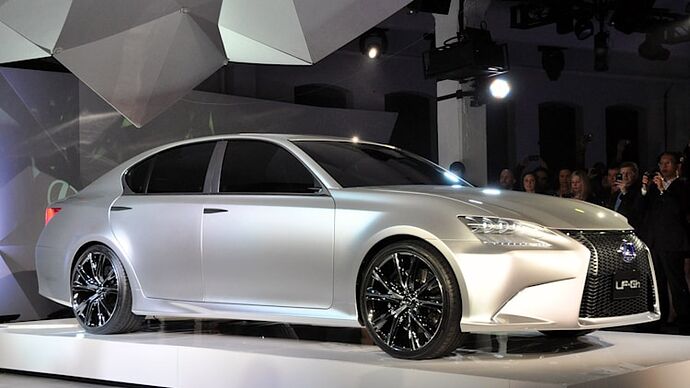 Are car designers bored with beautiful? Last I checked things could be a lot better looking. Perhaps in the effort to be different, they accidentally made it worse?

All this detailing and surfacing still doesn’t change the fact these are in architectural terms, conservative 3-box sedans. Instead of trying to distract us from this with crazy grilles, maybe just make the best, most beautiful, on brand 3-box you can. That’s how I would roll. 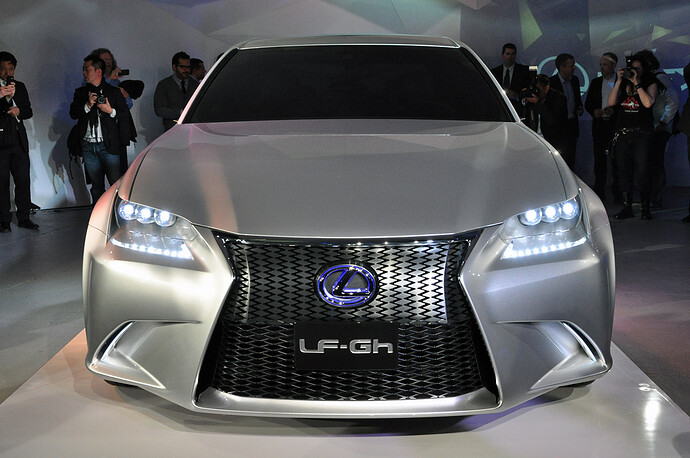 The Volvo…Bleugh. Nowhere near as attarctive as some of their more recent efforts. I was beginning to think they were getting quite a good range. I hope they don’t bring that out.
As for the Lexus, are they trying to copy HSV? 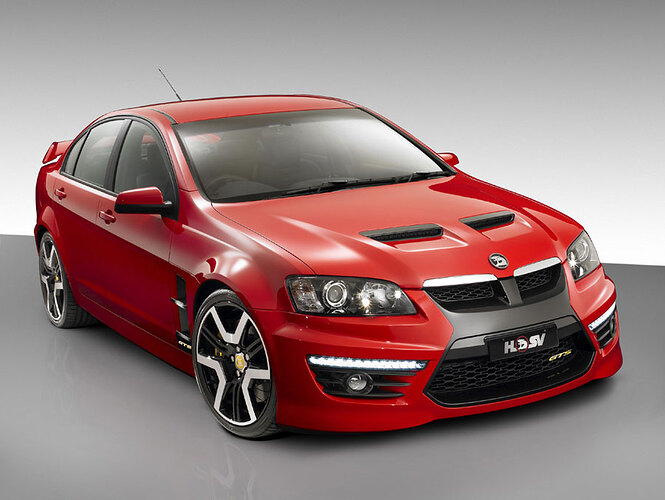 Totally feel the same as Yo with regards to car design lately. It’s like Rococo in terms of busy-ness, but much uglier and incohesive.

I’d hate to think designers are completely responsible for this. I’m sure we’d all like to believe that it’s really some big wig exec who just can’t fathom how anything less than 10 different surface transitions happening on one side of a car will lead to market failure. Some guy who thinks that people are just mindless raccoons, and the more shiny highlights they see, the more they’ll like the car.

Either way, it’s a sad state of affairs for most of the car design world, whether designers aren’t making the design decisions, or they are and they’re making bad ones. =(

But Incohesive, heck yes. Grill/headlights could probably be worked out a lot better too. It does however posses some nice proportions imho.

That guy looks like his been through a lot of trouble (like hell and back), to achieve what we see here. In contrast with the
rest I must say, that I can see some good ideas on that concept, but executing them on one sole car is evil.
*
There will be many vacancies at Volvo design within short notice. Who in his right mind would try to achieve something
with that boss.

mo-i: I love your sense of humor. Now tell us what you really think hehe!

I remember Bangle talking about how there is only 1 cm of sculptural space in today’s car design because safety standards, cost, market demands and aerodynamics dictate so much of the overall form. That combined with how many brands are competing for our attention and the drive of designers to create something “original” seems to leave “ugly” as one of the few options left for the contemporary car designer. What do you think?

Personally, I agree with your earlier post…just google Volvo 240. I had a '78 240 coupe for a month, great car. Surprisingly good handling for such a big box. Everything mechanical was three times larger than necessary. I think that is where Volvo had been playing until the new S60. Also, they were a profitable brand until about 3 years ago.

The design was never the problem, it was the management.

Instead of trying to compete with BMW, Volvo needs to go back to basics. Stop a ton of the useless advertising “lifestyle” BS. Cut down the number of options and engines. Just focus on safety, comfort and quality engineering. That’s my opinion.

Quote of the year perhaps:

I’m a pupil, I’m learning about the design and I’m a slow learner

I like his ability to make that statement. I hope as part of his learning he understands how to empower the experts he has on his team.

Yo!: I did take it out of context a bit. Horbury (head of design, Volvo) and the chairman were combing over the Volvo concept at the Shanghai show before it opened. Apparently, he spent a great deal of time at the front of the car listening to Horbury. We’ll see…