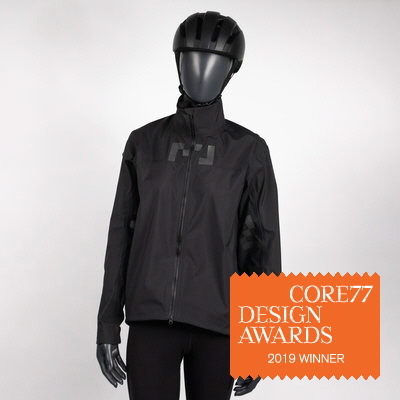 Problem statement - Cyclists represent a unique challenge for AV detection and response systems. Light, nimble, and fast - cyclists are hard to identify, and their movement is difficult to predict. This has potential for fatal accidents between AVs and cyclists.

First, let’s be perfectly clear here, the fatalities will be 100% cyclists. There will be absolutely no AV-related deaths in any shape or form. Why then is it the responsibility of the cyclist to wear some butt-ugly thing to prevent death? I am making the assumption that the cyclist is not suicidal and does run out into traffic. Personally, I think it is a fair assumption they don’t have a death wish, although your average motorist may differ. Nonetheless, shouldn’t the AV have to prove it’s safety and efficacy? Encountering a cyclist is entirely foreseeable, shouldn’t the AV have the responsibility of not harming or killing a cyclist?

This isn’t a new subject. There was a Core article a few years back saying since cyclists are slow, they shouldn’t ride bikes. The should ride electric-assist bikes so cars don’t have to slow down. I see it as victim blaming. I see this jacket the same as blaming women for any harm because of how they dress.

Is it just me?

If I were 20 I could rationalize why this is an innovative idea.

“We’ll speak computer so the computers know not to kill us cause thats the future”.

The CTO in me says “If a car using a lidar sensor or a half dozen can’t detect you as an object, especially in any type of normal reflective safety gear, there is a bigger failure”.

To a machine the cyclist should be no different than a pedestrian, then a child, then a dog, then an inanimate piece of debris, etc. An Autonomous vehicle’s goal will always be to not occupy the same space as another object and providing special markers for that wouldn’t help.

People crash cars, computers will crash cars. The only difference will be measuring which one is statistically better and right now the computers are looking pretty good compared to distracted and tired lady on her cell phone looking at instagram.

To a machine the cyclist should be no different than a pedestrian, then a child, then a dog, then an inanimate piece of debris, etc. An Autonomous vehicle’s goal will always be to not occupy the same space as another object and providing special markers for that wouldn’t help.

This is a great point.

What does an AV do when, unpredictably, part of an unsecured load comes out of the back of a pickup doing 75 on a highway? Should that unsecured load have special markings on it so the car knows what to do? Of course not. Why would we ask the same of cyclists, runners, walkers, dogs, kids…

Just don’t take design awards too seriously and we’ll all be OK.

Student winner for Core 77 research and strategy
AV Cycling Jacket - by Philip Siwek / Core77 Design Awards
Why then is it the responsibility of the cyclist to wear some butt-ugly thing to prevent death?

On the subject though, why did this win an award? It’s trying to solve a technical engineering issue with an easy, but unreliable, design solution. A more interesting design exploration would have been looking how humans will socially adapt when we have autonomous vehicles.

Moreover, it shows just how difficult building these cars will be. It kind of reminds me of the venetian blind versus “smart tint” window shades. We have the technology to make windows opaque with a flick of a switch, but it’s never going to be as reliable or adjustable as some thin wood strips and a cord. Maybe we’ll just have to live with driving ourselves on public streets.

To validate the basic concept, a mock setting designed to simulate an AV camera at night and in heavy fog was created. A retroreflective QR code was placed a distance away from the camera. As it recorded video, a light was cast on the code simulating a headlight, with me standing next to the code as a reference. During playback of the captured video, the retroreflective QR code was clearly visible and definable, while everything else in the environment was not.

So just make sure the AV can see you, make sure you are in front of it with a headlight pointing at you so the camera can see you. What about lane changes?

But hey, it looks interesting, a lot of people consider themselves cyclists, it saves lives…all the right taglines. Let’s give it an award.
How about an electrical beacon that communicates with AV’s…

How about an electrical beacon that communicates with AV’s…

I think electrical beacons, maybe even built into the jacket, are a much more interesting solution to identify regular road-using objets to an av.

I can’t quite understand why a jacket designed to improve visibility is black, even if to highlight the reflective patches. Wouldn’t a bright coloured jacket with the same patches provide more area to help the camera identify you?

Look at you. Nice troll!

Good to know I’m not alone. Victim blaming in the USA is a good sport.

After thinking about, I feel like this is more about AV excitement than victim blaming. I remember electronic tattoos and implants were all over blogs a few years ago. The thought was, we need a way of interfacing with all this cool new wireless hardware! Then reality hit and we just ended up using our smart phones for all of our wireless interfacing (Apple Pay and Tile for example).

This designer is thinking, “We need AVs!!!” and they are designing a jacket to help the primitive hardware. The reality will be the technology will improve and we’ll probably still use phones with bluetooth beaconing to help keep vehicles from hitting people.

I’m not saying the designer is intentionally victim blaming, I’m saying it is so pervasive, it just happens. I do penalize the designer (and the “judges” for that matter) for not questioning why it is the responsibility of the established behavior to accommodate the new behavior. Why does riding a bike have to be less simple? Why does a lethal weapon get a pass?

I think this is an awesome conversation. I agree, expecting all cyclists and riders to wear a special thingy to not die just so Uber doesn’t have to pay drivers seems like bad priorities on a massive cultural scale. I’ve worked on autonomous vehicles, I’ve been in traffic and wished I was driving one, I’ve read tons about them… I think 2 things: