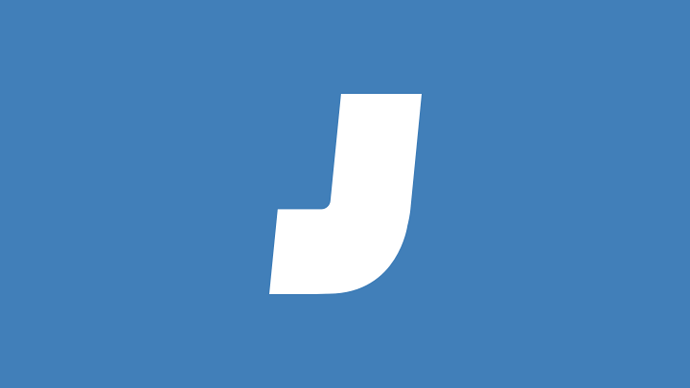 When we shared the first teaser video of the 2008 BMW GINA Light Visionary Model we thought it would be another insane Bangle-influenced BMW Concept with a funny name. Little did we know it would be the promise of a revolution wherein the metallic...

That is AWESOME! Thanks!

The flame surfacing always reminded me of old fabric-on-frame airplanes from WWI and before. I guess I’m not the only one.

Really neat details. When I first saw this, I thought it was just another lame concept car. I love how the lights are integrated and the hood opens. Very well thought out.

Unexpected but not entirely surprising when you consider that Zeppelin and BMW have sprung from the same minds and culture.

I love this as a concept study. It’s one of those rare things that makes you keep thinking about it and what else it could do…how it could move, etc.

Now all we need are roads free of debrits

It was simply “neat” until the headlights opened up…that knocked my hat in the creek. Very cool.

Say what you will about Bangle (I love what he’s done for BMW), you can’t deny his pioneering spirit.

Thats really code-breaking. We always look to ‘humanize’ all our belongings, whether its a car or any other product. GINA is a great step ahead with that.

Liked the rear licht solution bu Love the headlight and doors. Seat would ba able to go direct in a production car.

Great now I have to worry about my car being X-acto’ed!

Does it come with a lotion? Instead of a car wash, does it need a facial?

We have got to be looking at the future here!

I think it’s safe to say (for lots of reasons) that we won’t be driving fabric skinned cars in the future, but it’s not hard to image those headlights making production, or a speed sensitive spoiler. Maybe a variable opening rad inlet that opens its maw as it runs harder and needs more air. It’s refreshing to see a concept that is way out there, but still at least theoretically viable. They tend to be either tarted up production cars, or ridiculously impractical. I’m not generally much of a Bangle (or BMW) fan, but this is awesome.

I wonder what the crash tests will look like?

To the point above about the car being sliced open with an x-acto, are there any textile materials out there that have the flexibility to work with this concept and yet resist puncture or slashing? Can Kevlar do this?

This is probably my favorite concept car ever. The reasons follow Scotts. It’s an imaginative idea that innovates in terms of material and design. Who cares if cloth cars won’t be made. This has fundamentally changes the way we will think about exterior design for years (mho). 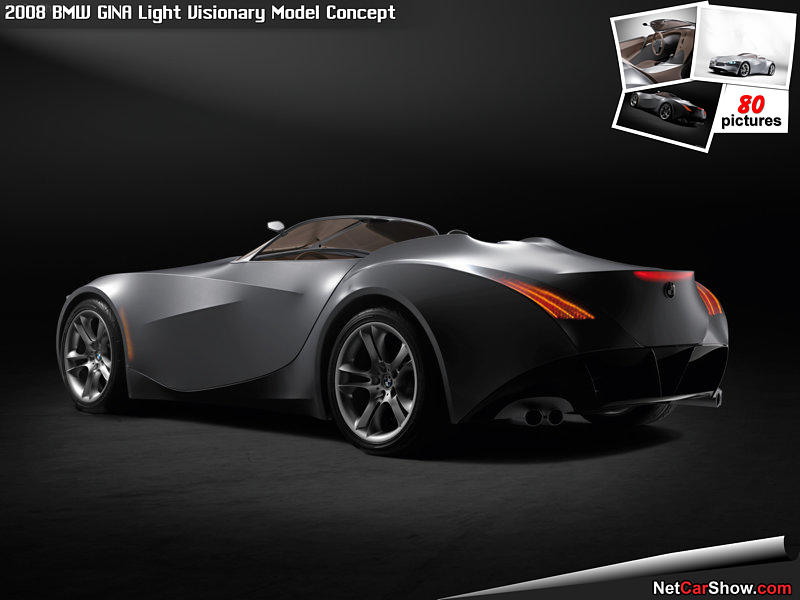 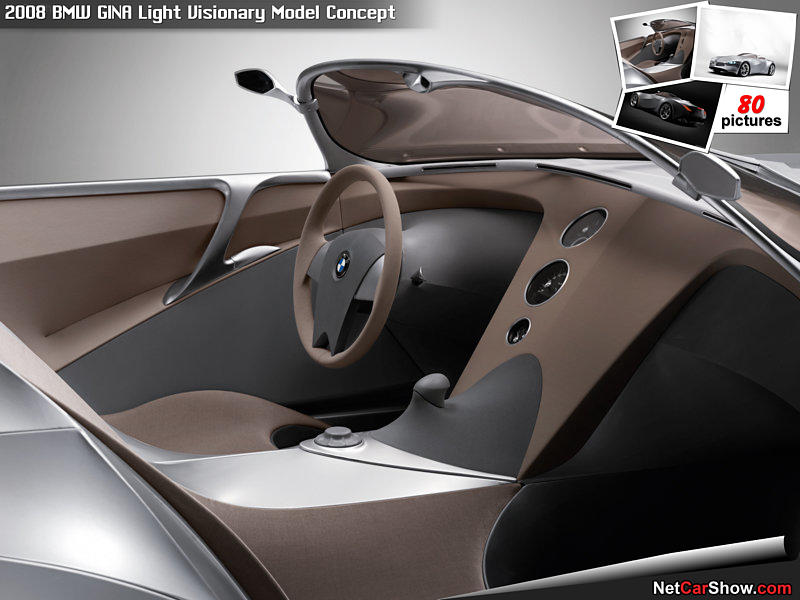 I think this showcar should scare the rest of the auto industry shitless. While other car manufactures are doing elaborate styling exercises (with maybe a “hybrid” badge on the back just for fun) BMW is looking at totally different ways to build cars. I think that is the true point of the concept…

though I think they could develop a production version. Sure someone could exacto it, and someone could key your body panel now. What’s cheaper, buying a new set of clothes for your door, or getting it re-sprayed?

Pardon the pun, but the surface is just being scratched here. Right now it still looks like metal, what happens if it is made out of sailcloth, or translucent rip stop? Does it make more sense on a smart car type of thing where the body panels are purely aesthetic already and the frame comes through? What are the weight savings? What are the tooling savings? What are the modular/customizable possibilities? Could someone sew their own set of clothes? Does this get us back to that regional coach-building thing where the consumer buys the mechanism of the car, and brings it to a local body taylor to get a custom car-suit?

The whole thing is pretty much the coolest thing I’ve seen all year. Mind blowing.

Yo is already extrapolating the possibilites! Great!
I want one made of black leather.

I like the rising deck lid. Possibly serves to increase rear downforce at speed, like the TT’s speed deployed spoiler? Imagine the shape shifting possibilities for aerodynamics, reminds me of the spaceship in “Flight of the Navigator”. The whole shape of the car could be changed for specific demands. Hell, I could imagine a variable size greenhouse for just the driver, or a coupe, sedan or wagon. Very exciting to think about.

I wonder if there would be issues w/ wind buffeting the fabric? If you’ve ever had to cover a broken window with plastic, you’ll know what I mean. It seems it must be stretched extremely taut to avoid this problem.