Vehicles spotted in your neighborhood

Took the 7 out of storage for a quick ride and photo op in the fall leaves. Thinking of selling it… 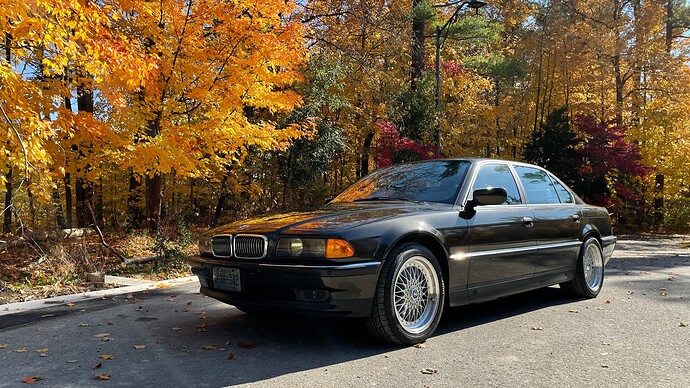 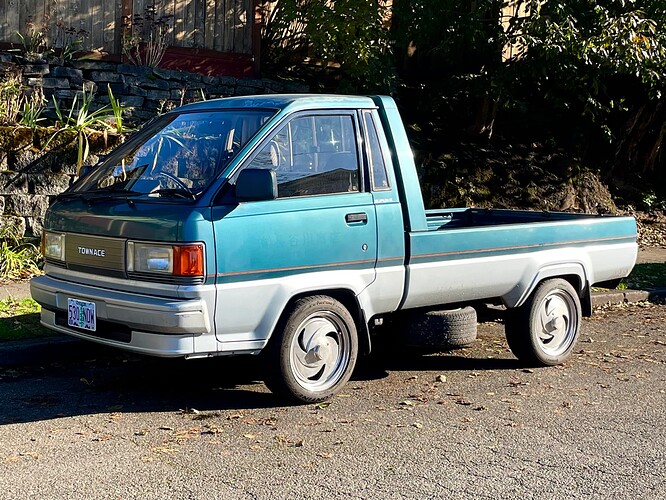 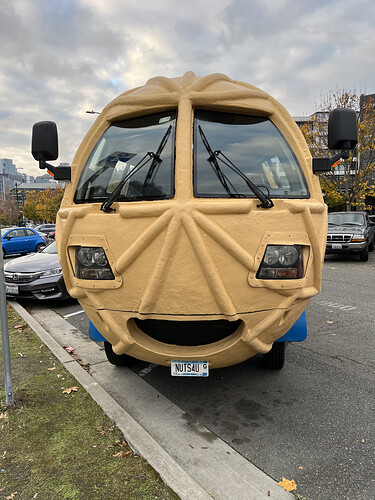 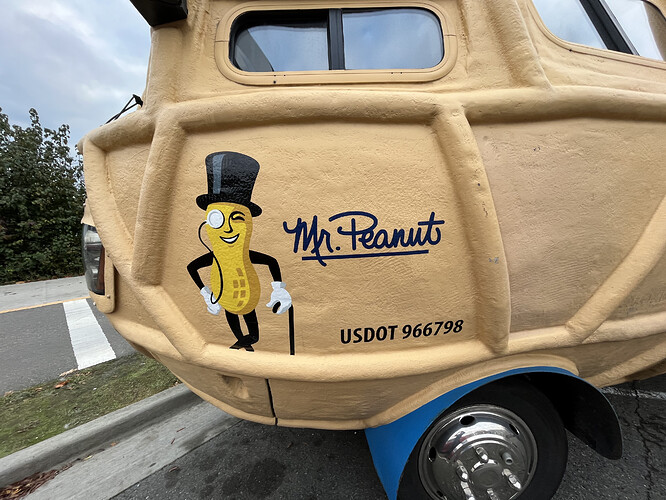 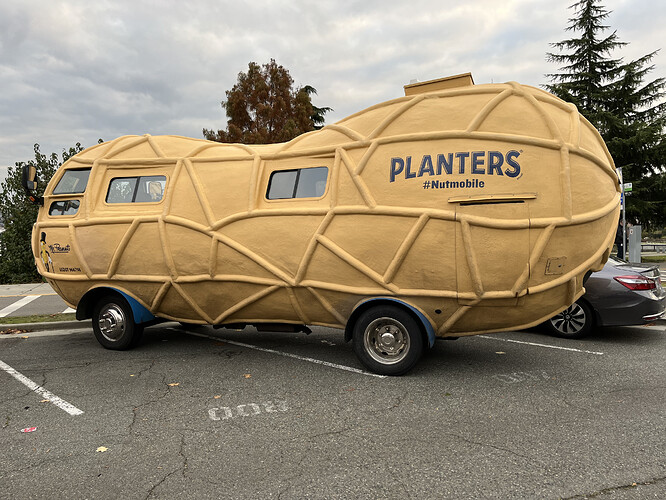 I’ve seen that one! Didn’t realize it was based in MN, either. Wild.

Wow @jacob_fleisher that is crazy!

Some autumnal vintage rides spotted while walking Enzo. A nice dry day to get the old cars out. 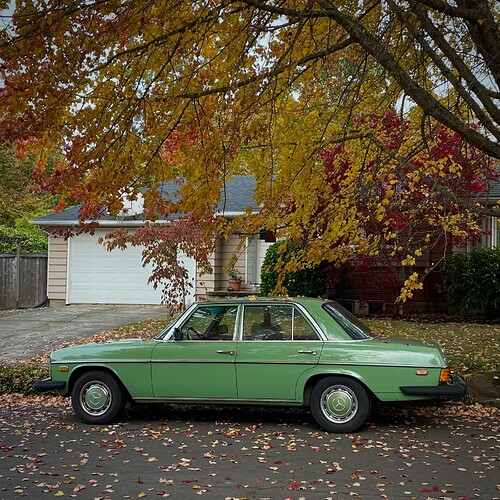 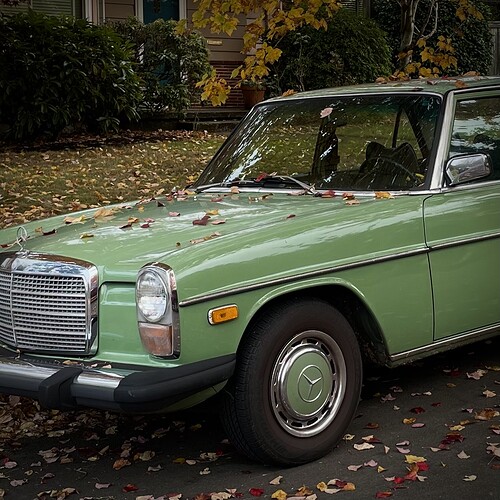 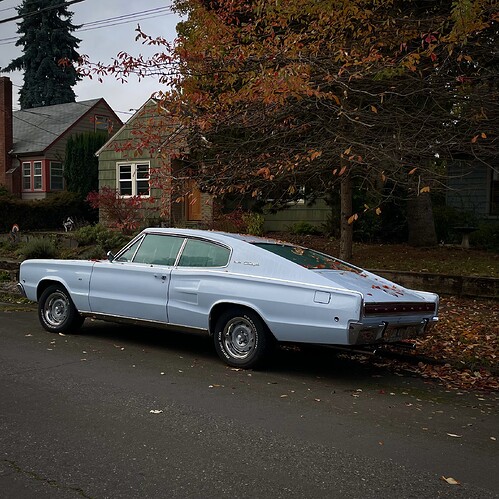 took the old dinosaur powered car out to get coffee today. I think this was only the third time I’ve driven it since we have gotten an EV. As soon as a nice EV coupe comes out that is reasonably priced this thing will be out the door… until then I’ll keep driving it once a week and waxing it once a month 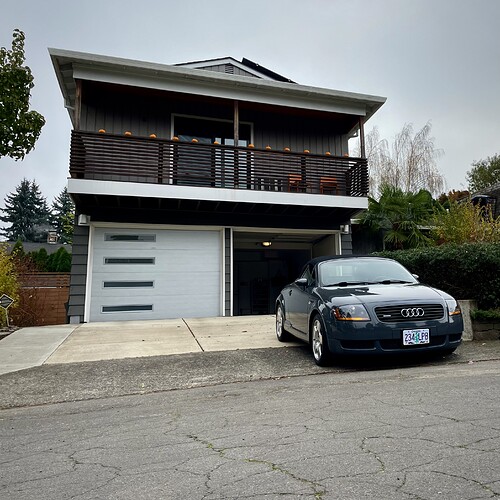 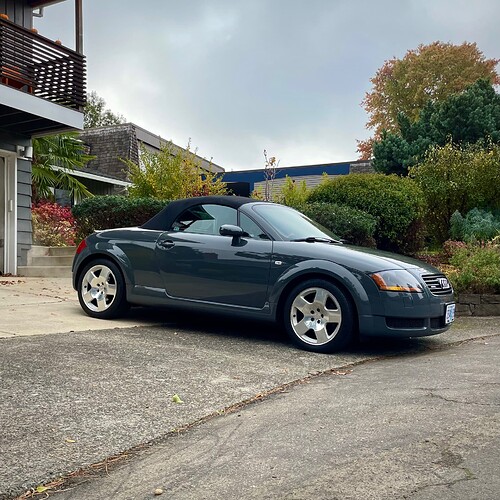 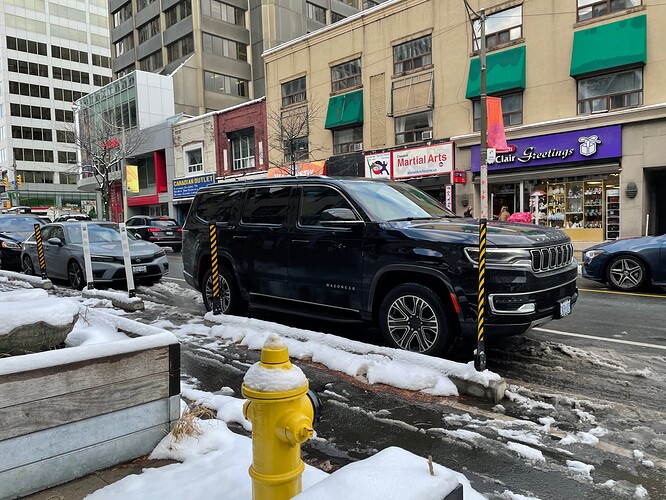 What a slab of boring.

And that’s just the basic Wagoneer, not the Grand Wagoneer that’s even worse!

My spouse spotted a Ford Think! I see one of these every few weeks. A Red and a Black one… probably the same two 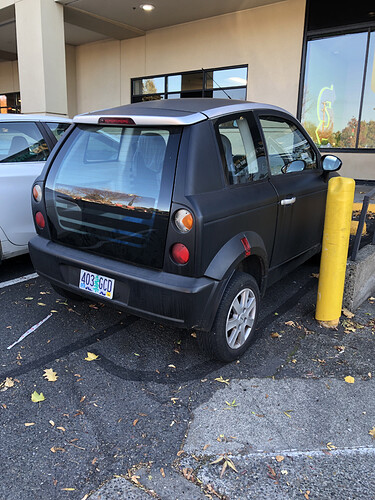 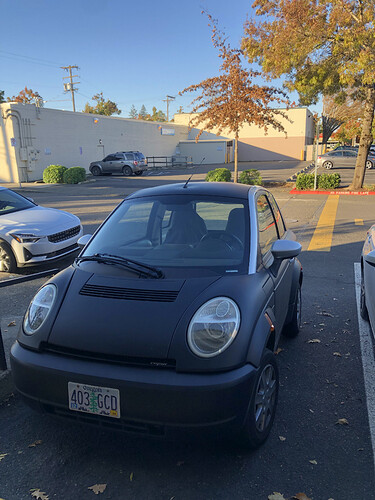 A little PDX Polestar Cars and Coffee get together at Stumptown Coffee. 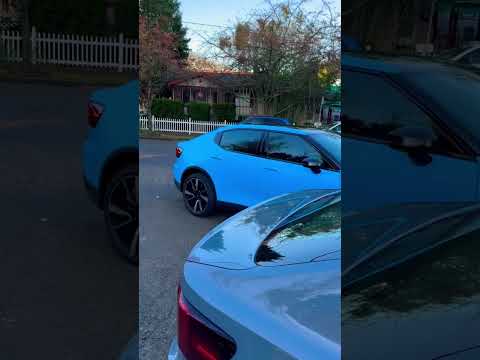 PDX Polestar Cars And Coffee get together. November 2022 #polestar2... 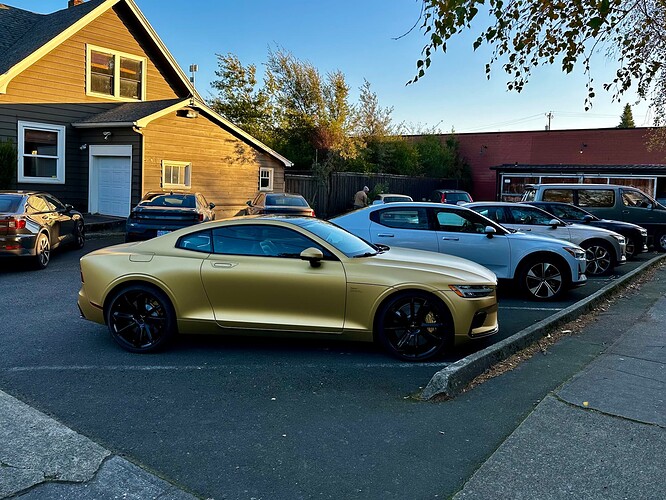 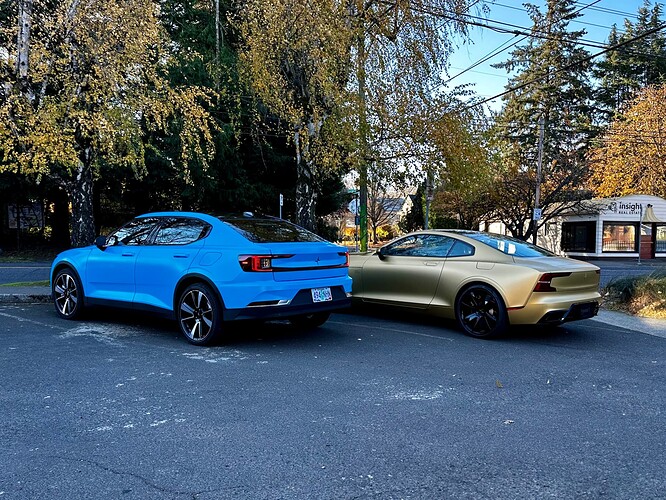 Subaru has always been known to target the next up and coming US generation. I saw this yesterday and could not help but question this strategy. GenZ is not going to have this kind of disposable income. 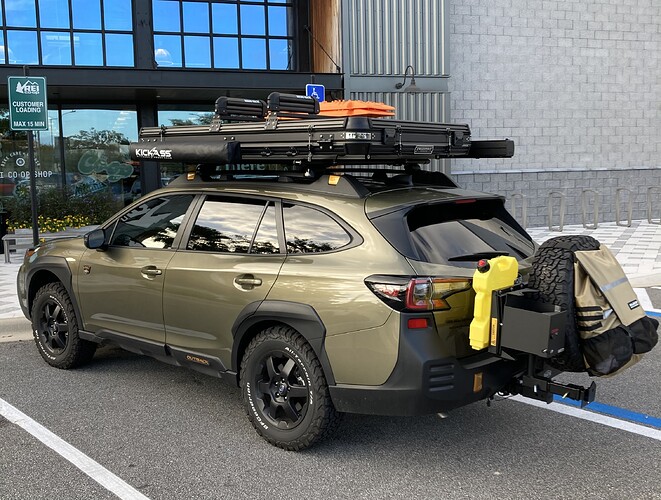 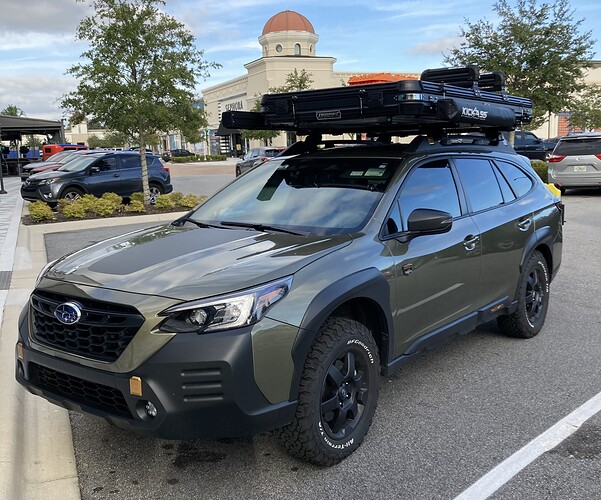 Without a doubt. They’ve got outdoor-minded, overlander Millenials on lock right now. I see these parked outside my office at the climbing gym next door all day every day. I do think they’re trying to capitalize on the popularity of the Toyota TRD Pro models that had until recently been going for tens of thousands over sticker.

I hope they move away from the wild swoopy fender flares soon.

@NURB I think that is a good assessment, I agree with it.

I read awhile back that a significant portion of their sales in the US are in the Pacific North West and New England. I certainly see a lot of Subarus here and they hold their value on the used market locally. I don’t see many TRD Tacoma Pros at all, vs when I lived in San Diego those were super popular. When I think of an outdoorsy person who lives in an urban area like Seattle, Portland, or Boston, the Subaru makes more sense. You can get to your campsite but still parallel park outside your condo on the street. It’s ok to get it dirty on a gravel road and also not too hard to park in the tight parking garage at work.

This is 100% a figment of my imagination, so I could be way off, but I get a bit of an academic vibe. That tenured professor who had a tweed jacket, a pipe, and drove a Volvo wagon while thinking about a John Keats poem is maybe now the adjunct instructor who wears a Patagonia jacket and beanie, drives their Subaru while listening to a podcast. Just my imagination on that one

It is an interesting brand. They don’t have that many models and two of them, their only sports car and their only EV, were co-developed with Toyota. I wonder how long Subaru and Mazda can last as independent companies. Toyota is a minority owner in the brand currently.

We bought a Legacy sedan for my wife last year, and she really loves it. It certainly doesn’t fit into the off-road/car-camping category, but it’s pretty efficient, easy to get around in, and has AWD for MN winters. I would consider another Subaru in the future, for sure, and I hope they can hang on to some amount of independence.

And I think your assessment was 100% accurate, too. Patagonia’s and beanies are just about a requirement for a Subie owner these days…

The Mid century modern stereotypes are cute, but slightly outdated. I spent a fair amount of time in Minneapolis in the past few years. There, Subarus are known as LGBTQ mobiles. If you check Subaru’s PR you’ll see why.

In the US, the northern Yankee markets are set to decline faster than the new southern markets in the next 5 -10 years. The photos posted above were taken at an REI in Gainesville, Fla. recently. Salt Life branded apparel sets the trend there. No pipes, no tweed jackets and no puffy Patagonia to be found anywhere in sunny Fla.

ah, Florida, does that explain why the wagon is dressed in some kind of outdoors cosplay?

Trader Joes parking lot. A well ridden grocery getter! Nice when you see one of these without the big black rear spoiler/bumper assembly. 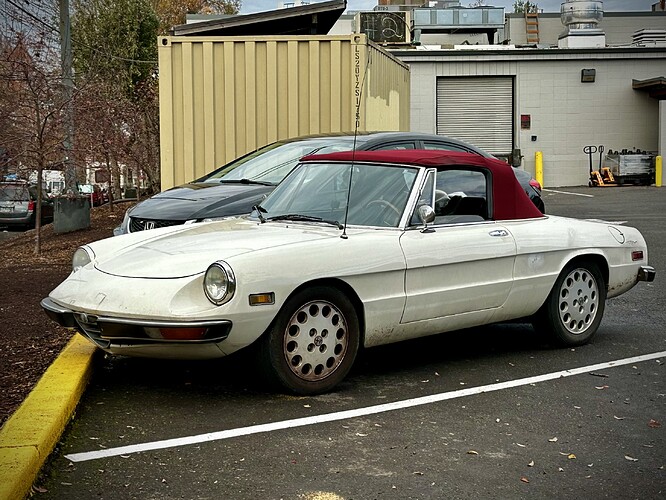 Spotted on the road on the way to see family today! 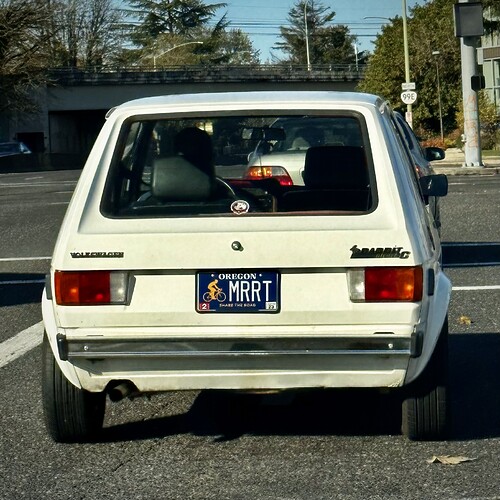